Why Does It Get Warmer When It Starts to Snow?

It really does get warmer when the snow begins to fall.

Think of it this way: In order to melt a lot of ice or snow, you have to add heat to it. So when a lot of water freezes into ice or snow, which is the reverse process, that same amount of heat has to come back out again. It does, and it heats up the air. The question is why that heat comes out.

First of all, water in the air isn’t going to freeze into snowflakes at all unless the temperature is lower than 32 degrees Fahrenheit or 0 degrees Celsius. You’ve never heard a weatherman predict “temperatures in the mid-seventies with occasional snow flurries.” So all the necessary cooling-or temperature lowering, that you rightfully expect will already have taken place by the time the first flake forms. Nothing the least bit remarkable there. 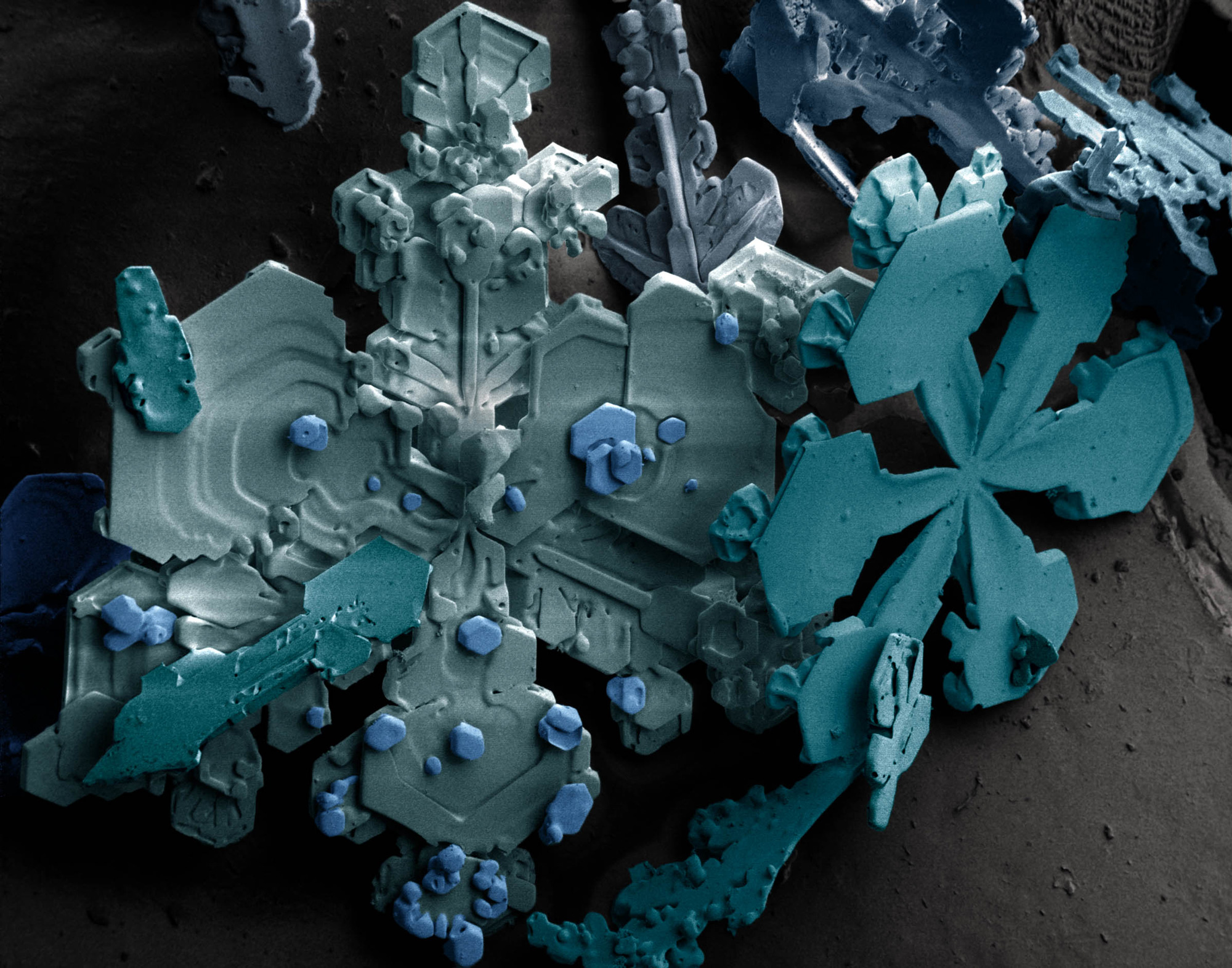 As soon as the water begins to freeze into snow, though, something new begins to happen. In a droplet of liquid water, the molecules are quite loose; they’re sliding around each other freely and randomly. But when that droplet freezes into the beautifully-shaped ice crystal we call a snowflake, the water molecules must snap into a rigid crystalline formation. They have less energy in the rigid snowflake formation than they had in the chaotic liquid form.

It’s like a schoolteacher taming a bunch of wild kids by making them line up in the hallway. If the water molecules now have less energy in the snowflake than they had in the water droplet, the excess energy had to go somewhere. It did. It went off into the air as heat.

For each gram of water that freezes into a gram of ice or snow (a gram of snow would make a snowball about the size of a marble), 80 calories of heat are released. If it stayed in that gram of water, that amount of heat would be enough to raise its temperature from freezing to 80 degrees Celsius or 176 degrees Fahrenheit! But, of course, the heat doesn’t stay there, or the water would never freeze. It is swept away into the surrounding cold air.

Thus, when any given gram of water turns into snowflakes, the local surrounding air gets a gift of 80 calories of heat. Multiply this by the zillions of grams of water that are freezing at the beginning of a snowfall, and it’s no wonder you feel warmer.

When frost threatens, why do people spray their tomato plants with water to protect them from freezing?

The water on the wet plant leaves will begin to freeze first, releasing its 80 calories of heat per gram. The leaves will absorb this heat and stay warmer than they would otherwise have been.

Gardening books are wrong when they tell you that the frozen water protects the leaves by acting as an insulator. The insulation value of a thin coating of ice is nil.