Why Does Lightning Fork and Form Branches and How Large Is the Diameter of a Bolt of Lightning?

Lightning usually brings the negative charge from a thunderstorm down to the ground.

A negatively charged leader precedes the visible lightning, moving downwards below the clouds and through air containing pockets of positive charge.

These are caused by point discharge ions released from the ground by the thunderstorm’s high electric field. 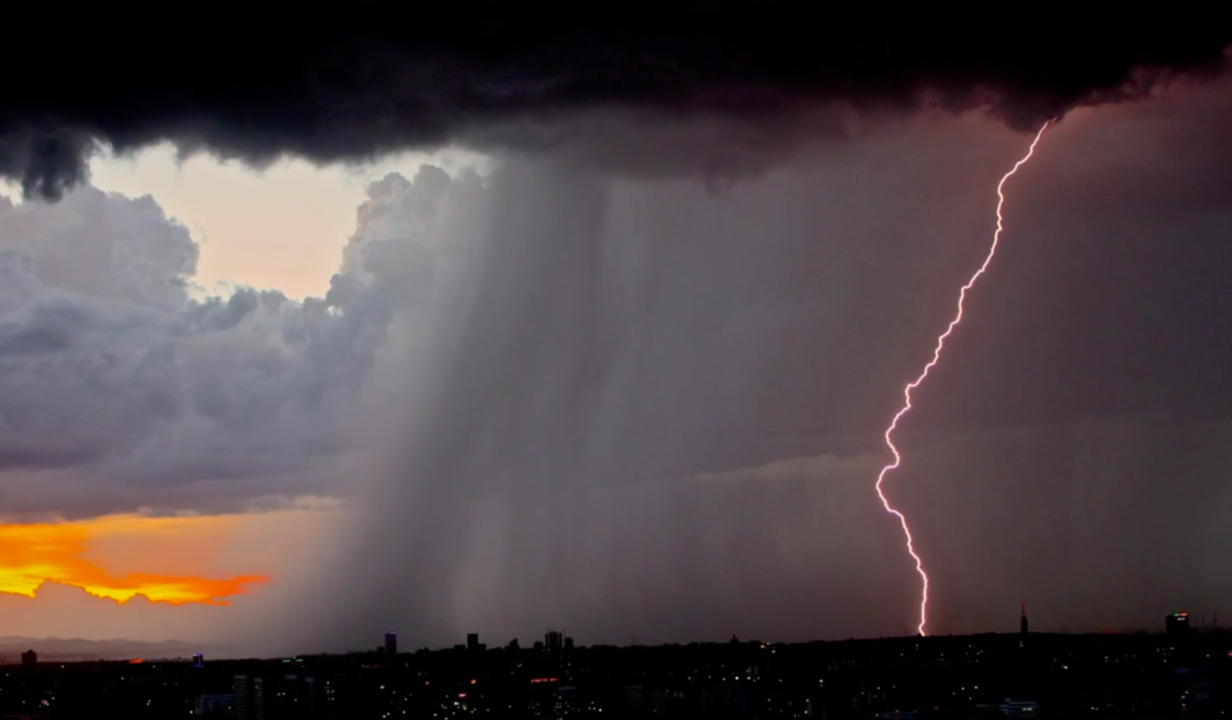 The leader branches in its attempt to find the path of least resistance.

When one of these branches gets close to the ground, the negative charges attract positive ions from pointed objects, such as grass and trees, to form a conducting path between cloud and ground.

The negative charges then drain to ground starting from the bottom of the leader channel.

This is the visible “return stroke” whose luminosity travels upwards as the charges move down. Those branches of the leader that were not successful in reaching the ground become brighter when their charges drain into the main channel.

Photographs of lightning often overestimate the channel width because the film can be overexposed.

Damaged objects that have been struck by lightning show channel diameters of between 2 and 100 millimetres.