Why does Tea turn a Darker Color when you add Baking Soda to it?

Here’s what was going on in the tea when you add baking soda.

You’ve heard people talk about a “litmus test,” to show whether a politician is on one side of an issue or the other? Well, litmus is a dye obtained from lichens; it is pink when in an acidic environment and blue when in an alkaline environment. Unlike politicians, litmus gives a straight yes or no answer: either acidic or not acidic (alkaline). 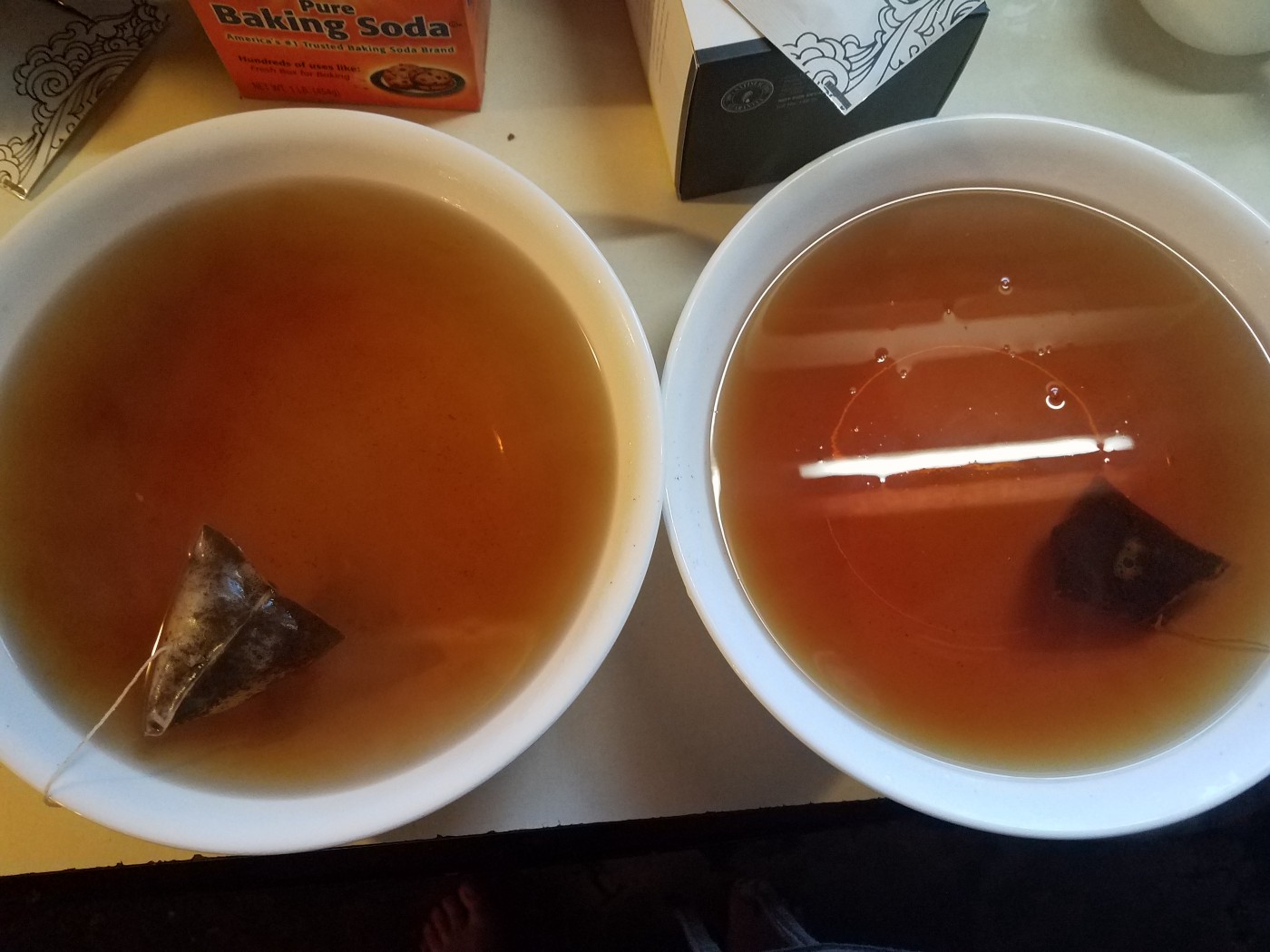 Another example of an acid-base indicator is the pigment in red cabbage, one of the class of colored food chemicals called anthocyanins. Anthocyanins are responsible for the colors of many flowers and fruits, including apples, plums, and grapes.

The color of cabbage’s main anthocyanin changes with the acidity or alkalinity of its surroundings. It ranges from red in a strongly acidic environment to purple in a neutral (neither acidic nor alkaline) environment and goes from blue to greenish-yellow in increasingly alkaline environments.

Cabbage looks more appetizing when toward the reddish end of the spectrum, so it is often cooked with (acidic) apples, whose sweetness can be balanced by a little red enhancing vinegar added before serving.

Tannic acid, as one example, is what chemists call a weak acid, meaning that it is, well, not a strong acid. (See how easy chemistry is?) A weak acid’s molecules consist of two parts, a hydrogen ion (a positively charged hydrogen atom) and an anion (AN-eye-on), a negatively charged atom or group of atoms. We’ll call the hydrogen ion H and the anion A; when they’re together in the whole acid molecule, we’ll call it HA.

It’s the A part of the tannic acid molecule that is colored.

When Grandma adds her alkaline baking soda, it gobbles up some of the acid’s H’s, leaving an excess of free A’s and therefore a darker color. On the other hand, when you add your acidic lemon juice, it contributes lots of H’s of its own, which combine with many of the A’s, in effect tying them up and curtailing their effects. Hence, the color becomes weaker; the brown turns to yellow.

Tannins have historically been used as dyes, as I learned early in life from my grandfather, a Russian immigrant. He had a magnificent white beard, but his mustache was permanently stained yellow from his habit of drinking tea from a glass.