Why Does the Handrail On an Escalator Always Move At a Different Speed To the Stairs and How Does It Work?

The stairs and handrail on an escalator are designed to move at the same speed and are driven by the same electric motor.

The motor connects to a drive gear that moves the steps, and from there a belt turns a wheel that drives the handrail.

Although the handrail will ideally move at the same speed as the steps when first installed, it wears and stretches as it is used. As a result, it can change speed. Improper handrail set-up, seized rollers, flat spots or contaminants on the handrail drive surfaces can all affect the speed. 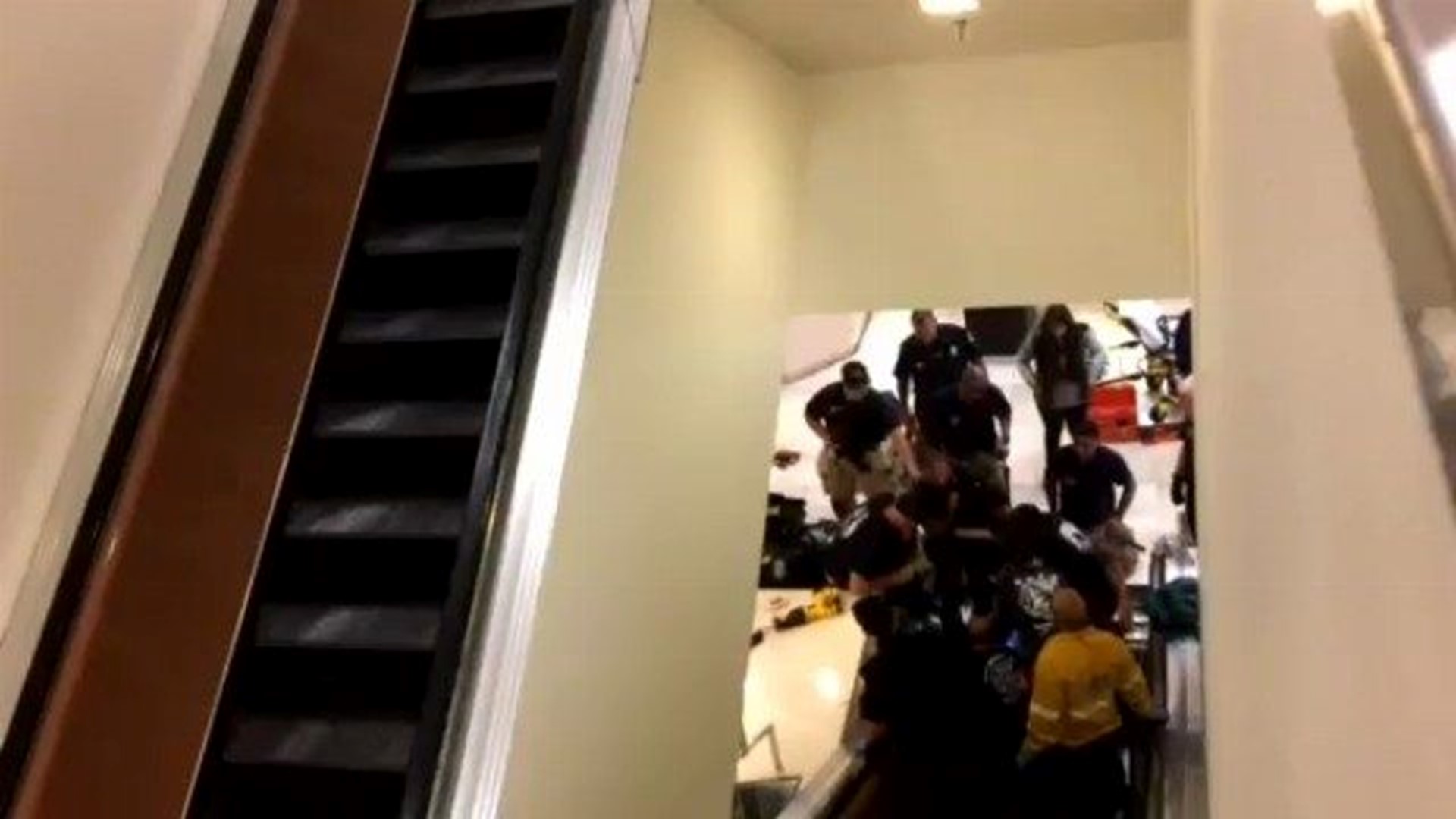 The handrail can travel at different speeds but it is not supposed to.

The American National Standards Institute code ANSI A17.1 requires that the speed of the handrail shall not change when 444.8 newtons are applied against the direction of motion.

To meet this requirement, the handrails are sometimes adjusted to move slightly faster than the step.

Escalators that are installed under the ANSI A17.1-1990 code require that a handrail-speed monitoring device be installed. If the speed of the handrail changes by more than 15 per cent, all power is removed from the motor drive and the brakes are applied.

Escalator handrails are moved by the friction of a rubbertyred wheel operating against the inside of the handrail, and slippage is not uncommon, though seldom uniform.

Most commonly a build-up of oil and dirt on the inside canvas of the handrail causes some slippage, although this can be cleaned off and the canvas roughed up to afford more traction. Passengers pulling on the handrail will also make it slip.

The handrail drive runs off the step drive, so the handrail should always match its speed.

The typical diameter of a handrail drive wheel is between 1 and 1.2 metres, so 2 millimetres of wear on the drive tyre would result in the loss of roughly 4 millimetres of handrail travel per metre of step travel, which is hardly noticeable.

Other possible causes of handrail slippage include bald patches on the drive tire or the handrail, either of which would make the slippage highly predictable.

In rare cases, with particular manufacturers, the drive chain can stretch to such a degree that it is forced to jump over a cog or two. This results in a loud noise and a noticeable jerk in the handrail.

British Standard EI-1115: 1995 states that the handrail speed should match the step speed to within 2 per cent.

The system driving both the step and the handrail are derived from the same source, so in theory they should run at the same speed. In practice the step system, consisting of precision-made metal components, allows the step speed to be easily and accurately controlled.

In contrast, power is transferred to the handrail by friction, and the rubber and neoprene components make the system vulnerable to slippage and stretch from loading and frictional losses. These factors make it more difficult to accurately control the handrail speed, hence the necessity in British Standards to allow a 2 per cent tolerance.

In reality, a small degree of slippage actually increases the level of safety should anything obstruct the handrail system.