Why Is Blue Cheese Blue?

Sometimes food that’s been in your refrigerator for a long time may become covered with a colored fuzzy substance.

This fuzzy stuff is actually made up of tiny fungi called molds, which grow on most foods. Certain types of molds are also responsible for the blue parts of the cheese we call blue cheese.

Blue cheese makers let certain types of mold grow through the cheese as it ripens. These molds help to cure the cheese, and give it its tangy taste. Some molds leave green veins in cheese instead of blue veins, but all cheeses of this type are called blue- vein, mold-ripened cheese. 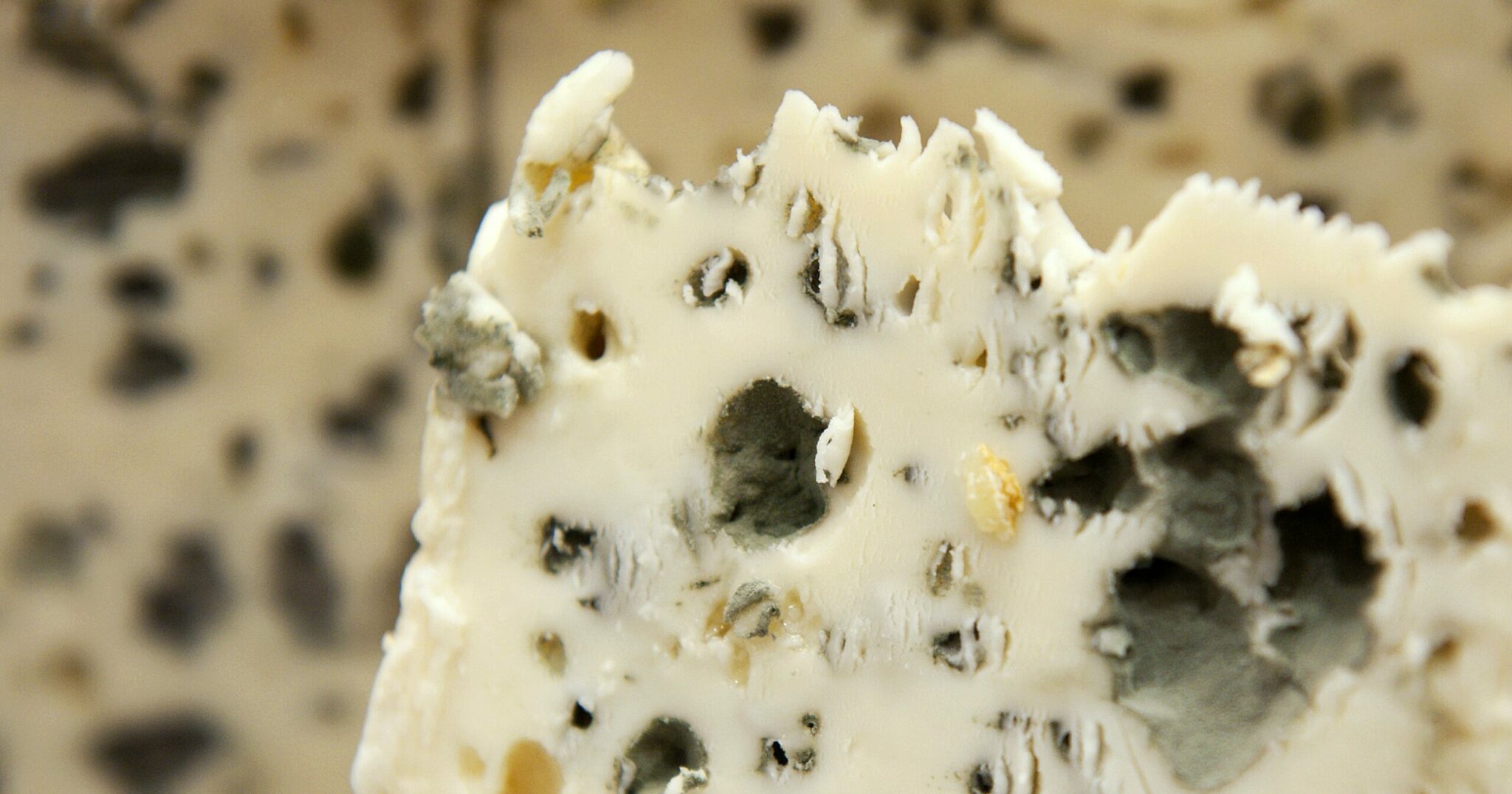 One of the most popular of these cheeses is called Roquefort. According to a legend, this cheese had its beginnings when a boy left a lunch of rye bread and sheep’s milk cheese in a cave in France.

When he found the food later, he noticed that the cheese had become streaked with blue veins. We know now that the cheese became blue because it was ripened by molds that grow on rye breadcrumbs.

Today, all real Roquefort cheese is ripened in caves near Roquefort, France.

All Roquefort cheese is made not from cow’s milk, but from the milk of sheep!