Why Is It Possible To Hear People Talk From Across a Lake At Night?

It’s as if the lake magnifies the sound somehow, isn’t it? But it isn’t actually magnifying the sound, as a microphone and amplifying system would do; it’s just that more of the sound is being funneled toward your ears.

Sound consists of vibrations of the air. The guy on the other side of the lake makes sounds by forcing air from his lungs over his vocal cords, which makes them vibrate. They, in turn, make the air exiting his mouth vibrate. He shapes these vibrations into words with his lips and tongue, and the modified vibrations are transmitted through the air to you as air-pressure waves, similar to ripples moving across the surface of water.

As you can see by dropping a rock into a quiet pool of water, water waves spread out equally in all directions. It’s the same with sound waves, but in three dimensions; they spread out through the air in all directions: up, down, north, east, south and west. 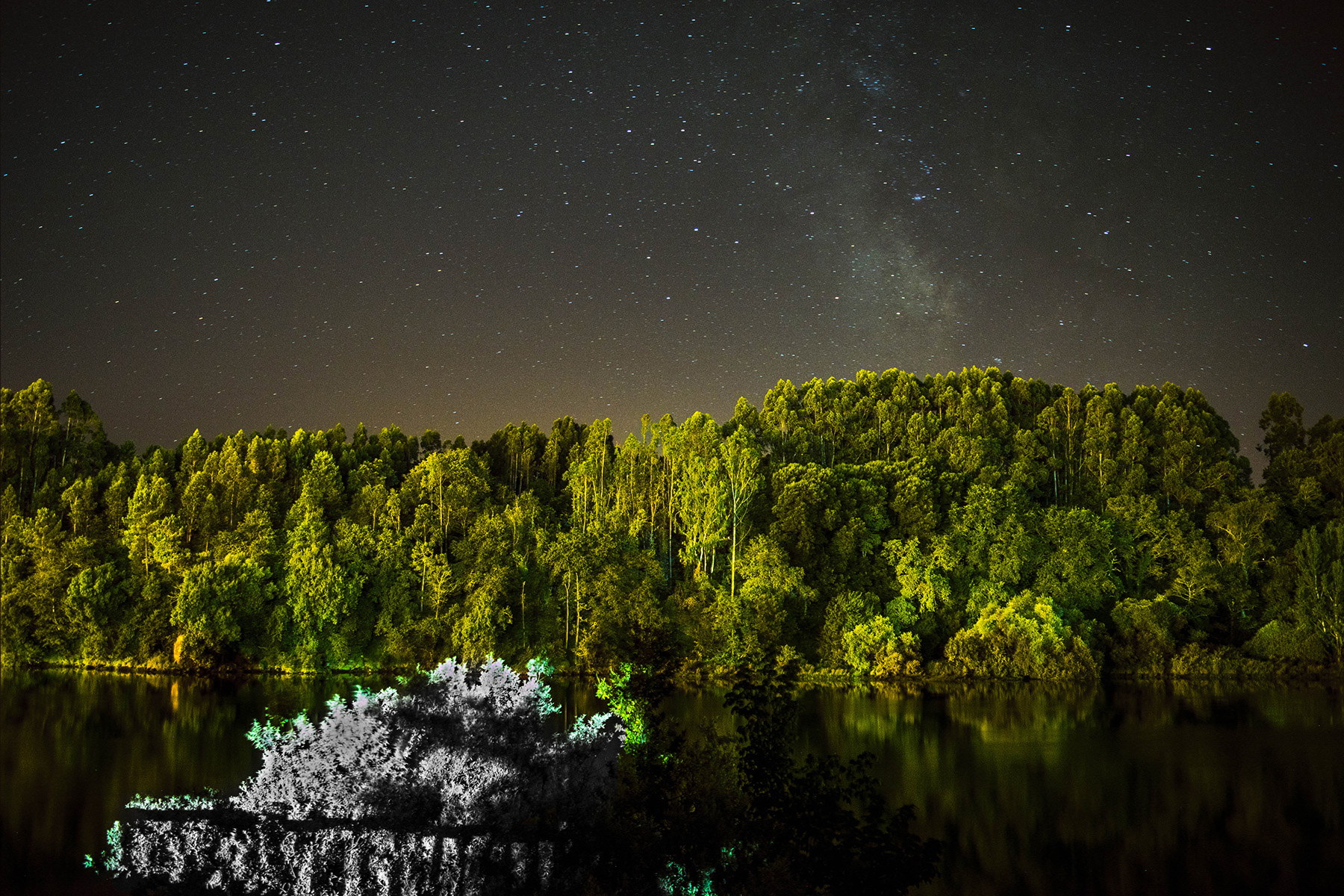 Naturally, when you’re at some distance from the speaker you will be able to hear, that is, your ears will intercept, only a small fraction of the spreading waves. The farther away you are, the smaller the fraction of the total sound energy your ears will be able to intercept, because most of it has gone in other directions and the farther away you are, the more “other directions” there are. At half a mile away, the fraction that reaches your ears is usually so small that you can’t hear the guy at all if he’s speaking at a normal conversational level.

The unusual effect that you’re describing has to do with the fact that sound travels slightly faster in warm air than in cool air. That’s because air molecules can transmit vibrations only by actually colliding with one another, and warmer molecules collide more frequently because they’re moving faster. So we have to take a close look at the temperature of the air above the lake, to see what temperature effects there might be and how they might affect the sound.

During the day, the sun had been beating down on the air and water. But compared with air, water is very hard to heat up, so the water remained cooler than the air. (You may even have jumped into the lake to cool off, right?) The cool water cools the layer of air immediately above it, so that there is now a layer of cool air beneath the upper layers of warmer air. And if there is no wind to scramble up the air layers, they’ll stay that way into the evening.

You, at the edge of the lake, are pretty much in the cool layer. The sound coming from bigmouth across the water travels mostly through the upper, warm layer, but when it gets to you it encounters cooler air and slows down.

This sudden slowing down of the sound waves makes them bend downward; they are refracted, just as light waves are bent downward when they are slowed down while going from air into water. You can think of it as the faster, upper sound waves overtaking the slower, lower sound waves and tumbling over them, so that the sound spills downward. Thus, an unusual number of sound waves are aimed downward to your ears and you hear more than you have any “right” to hear, based solely upon your distance.

Of course, this works both ways. So when you’re sitting on your cabin porch in the early evening hours on a calm, summer day, watch what you say, especially about that jerk on the other side of the lake.