Why Is Snow White If It’s Made of Water, and Water Is Colorless?

First, we have to look at what “white” is.

You’ve heard people say dozens of times that white light is the presence of all colors. But other people tell you that white isn’t a color at all, that it’s the absence of color. You use bleach to remove all color from your laundry and make it white, don’t you? So how can white be both all colors and no color?

The answer is that these two groups of well-meaning people are talking about two different things: white light and white objects. 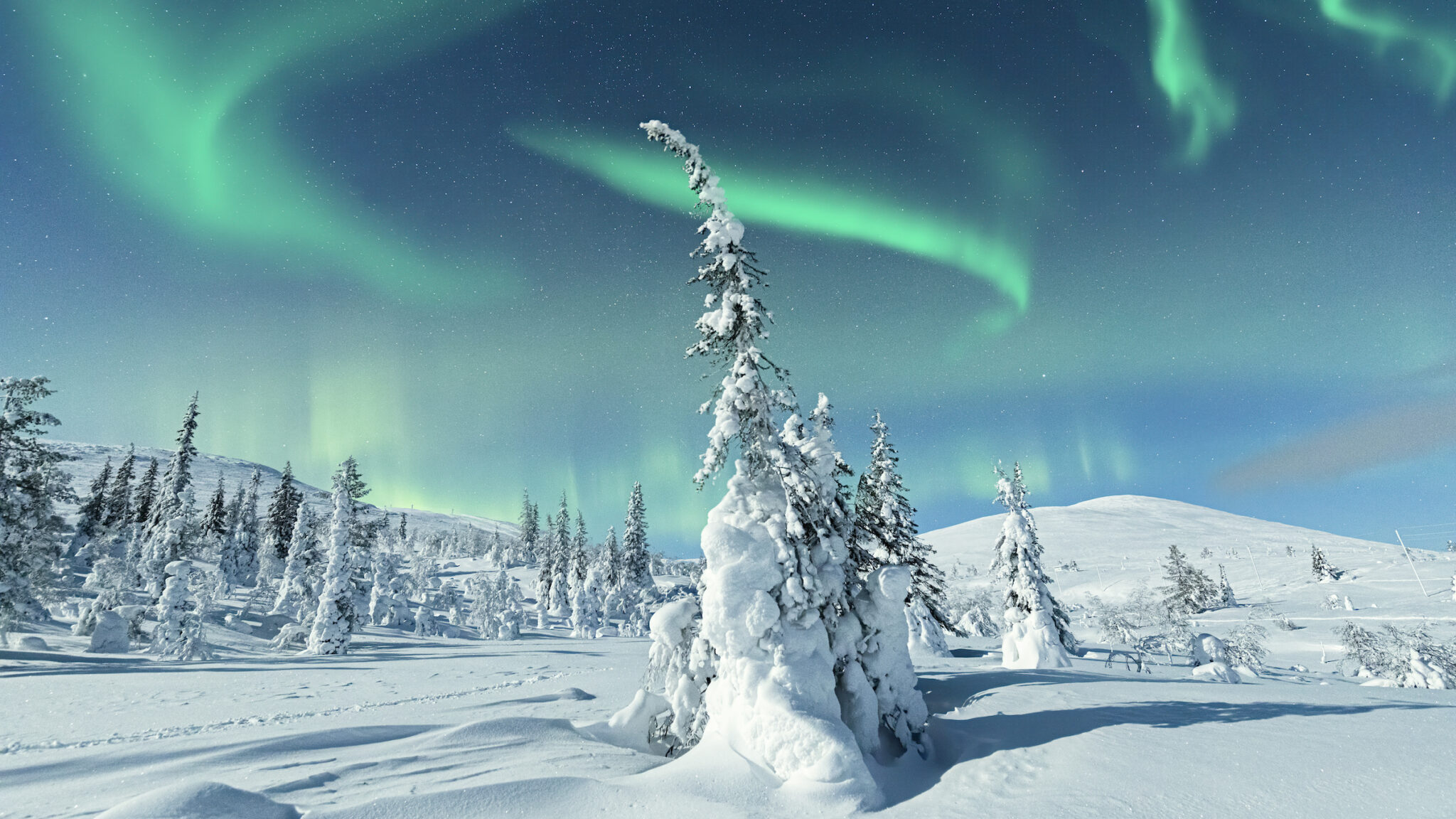 White light, as it comes to us from the sun, is indeed a mixture of all possible colors, all visible wavelengths. Because we “grew up” as a species with sunlight as our natural, neutral, everyday light, we named it “white,” a word that has its origins in an Indo-European word meaning “bright” or “gleaming,” with no color implications at all. So white light is colorless light, to human eyes.

But in 1666 Sir Isaac Newton discovered that this neutral light can be broken down into a rainbow of component colors, simply by passing it through a triangular chunk of glass, a triangular prism. He then proved to himself that all these colors were indeed present in the original white light by recombining them: He projected overlapping rainbows onto a wall and saw that they combined to form white light.

Newton thought it would be a nice idea to divide the entire rainbow or spectrum of colors (and he invented the word “spectrum” for the purpose) into seven categories that would be analogous to the seven musical tones in an octave. For his color categories, he chose red, orange, yellow, green, blue, indigo and violet. Unfortunately, more than three centuries later we are still being taught in school that these are “the seven colors of the rainbow”, even though nobody seems to know what “indigo” is. Sir Isaac had to fudge a bit to eke out seven color names.

In reality, there are an infinite number of colors, both visible and invisible to human eyes, in the sun’s light, just as there are an infinite number of possible musical tones. Change the wavelength of light or sound by an infinitesimal amount and you’ve got a brand-new color or tone, irrespective of whether humans can detect the difference. For example, there are dozens of different hues that we lump under the term “red,” limited only by our eyes’ ability to distinguish them. It is said that the human eye can distinguish as many as 350,000 different hues. (Whose eye? I wonder.)

A white object, as distinguished from white light, is white because when white light falls upon it, it reflects all those zillions of colors back to our eyes equally, without changing the composition of the mixture at all. Its molecules just don’t happen to be absorbers of visible light, so it appears to be the same “color” as the light that fell upon it: what we choose to call “white.” The object contributes no color of its own.

But colored objects are indeed contributing colors of their own. Their molecules are selectively absorbing and retaining certain of the sunlight’s colors, reflecting back the others as an altered mixture.

Think of an actor on the stage, wearing a red cape over a white shirt. If you shine a red spotlight on him, he will appear red all over, the shirt as well as the cape. That’s because the only light that any part of his costume can reflect back to us is red. No part of him can reflect back any green or blue light because it simply isn’t receiving any.

Now shine a white spotlight on him. The red cape is still red, because that’s the nature of the dye in it; that particular chemical was chosen because it absorbs all other colors in the white spotlight, reflecting back only the red. But the white shirt doesn’t absorb any of the colors in the spotlight; it has no red dye in it (until the actor surreptitiously applies some in the stabbing scene). The shirt just sends the whole mixture of spotlight colors back to us, looking just as white as when they came out of the can.

Now let’s get back to the snow before it all melts.

Snow is white, you now know, because its molecules reflect back to us all the colors in the sunlight. It doesn’t selectively absorb any particular colors.

“But wait a minute,” you’re thinking, “neither does liquid water; it’s made of the same H2O molecules. So why isn’t liquid water as white as the driven snow?”

Because liquid water is a poor reflector. When light hits it squarely, almost all of it goes straight in, penetrates, rather than bouncing back. In other words, liquid water is transparent. And if practically no light bounces back, it can’t display much color, not even whiteness.

Snow, on the other hand, is an excellent reflector of light, whatever kind of light hits it. You want green snow? Hey, Sammy! Turn on the green lights! It’s an excellent reflector because, unlike liquid water, which passively allows light to penetrate it, snow consists of zillions of ice crystals, each one a tiny jewel with dozens of sparkling facets that reflect light like mirrors.

All of this white light bouncing back to our eyes, with its full complement of original colors intact, is what makes snow appear even whiter than the actor’s sweaty shirt.