Why Is the Moon So Much Bigger When It’s Rising and Setting On the Horizon?

Practically everybody has noticed this oddity at one time or another.

When the moon is low, near the horizon, it looks huge compared with how it looks a few hours later when it is higher overhead. The effect is especially noticeable when it is a big, beautiful, full disk, a full moon. But you can notice the effect at any phase.

People have been wondering about this curiosity for at least two thousand years, since long before they even knew what the moon was or how it moves around Earth. (But you know, don’t you? Any doubts?) Now would you believe that in today’s so-called space age we can play hop-scotch on the moon, but we still don’t know the answer to the puzzle about its apparent size? 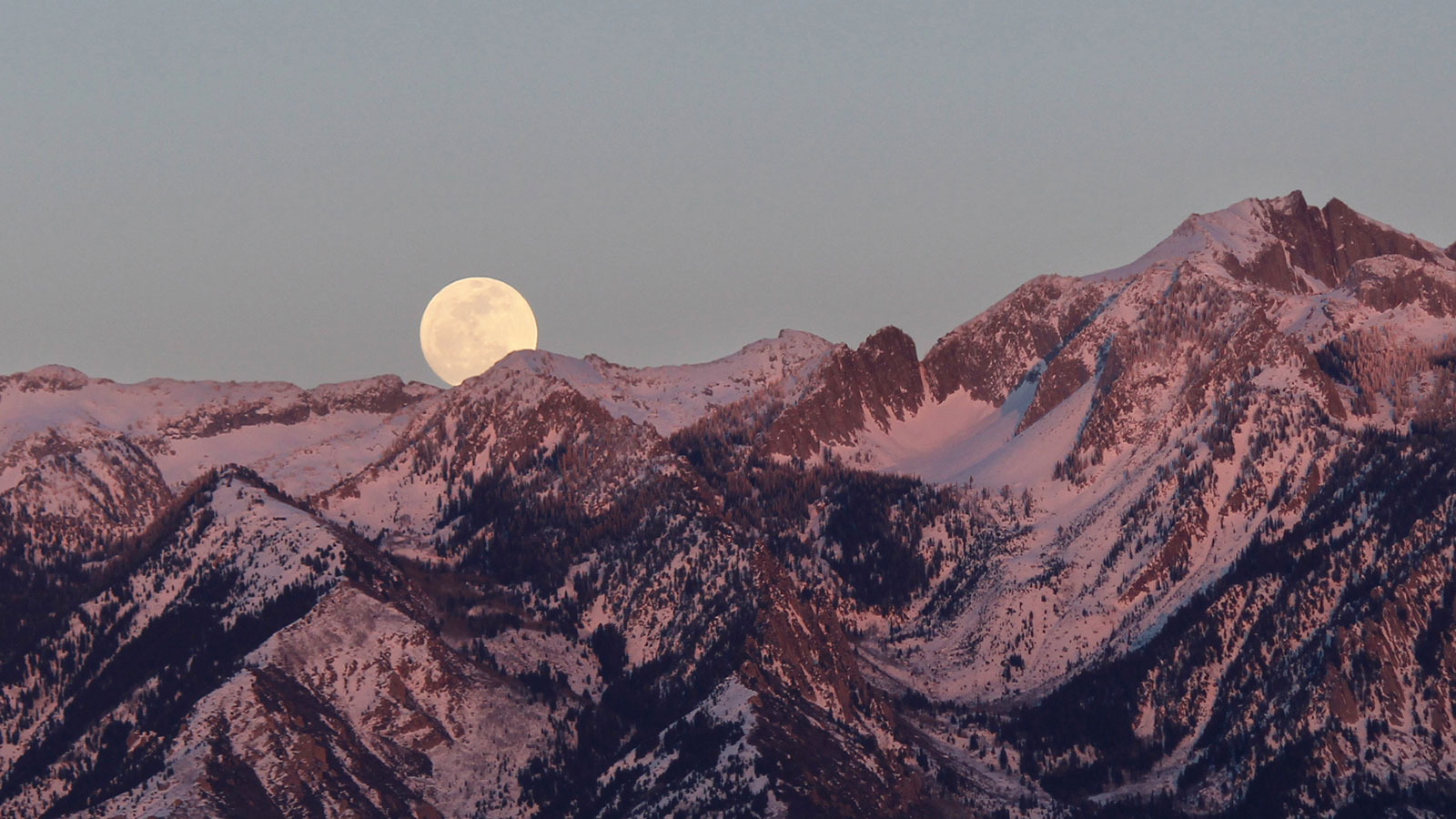 As you can imagine, people have come up with dozens of “explanations” over the years. But all save a few of them can easily be shown to be wrong.

A definitive explanation of the Moon Illusion, and that’s what it is, an optical illusion, continues to evade science. If it were a matter of physical science, I assure you we’d know what’s going on by now, because physics is a highly advanced science. But apparently it’s a matter of human perception, and our understanding of our own psychology isn’t nearly as advanced as our understanding of the world around us.

If there is one thing we are sure of, it’s that as it orbits around Earth, the moon certainly does not yo-yo up and down in size like a fat lady on a fad diet. Earth’s original satellite isn’t one whit bigger when it’s rising and setting near the horizon than it is when it’s directly overhead. So it’s got to be something about the way it appears to our human eyes and brains. But what?

Before we shoot down some of the wrong theories and add our support to some of the more plausible ones, let’s prove to ourselves that it is indeed an illusion, that when we think we’re seeing bigger and smaller moons, we’re really not.

Check your daily newspaper for the date of the next full moon; it’s right there with the weather map. Or call your local TV meteorologist. On that fated night, go out as soon as it’s dark and sink your fangs into the creamy, white throat of a beautiful young … Oh, sorry. Wrong book.

On that fated night, go out as soon as it’s dark and locate the moon while it’s still low, near the horizon. If you have to, go to the nearest hilltop. Now take out the ruler that I forgot to tell you to bring along, hold it at arm’s length against the moon and measure its apparent size. It will span about a halfinch (12 millimeters). Write down its “size” to the nearest sixteenth of an inch (or millimeter).

Now wait a few hours until the moon is high in the sky and measure its apparent size again. What did I tell you? It’s exactly the same, isn’t it?

Take several pictures of the full moon when it’s near the horizon and later, as it climbs higher in the sky. Use a telephoto lens to make a large image on the film. If you have a zoom lens, make sure you’re shooting all pix at exactly the same focal length. Use several shutter speeds to get at least one good exposure at each position. You’ll find that the moon is exactly the same size in all the pictures.

So rulers and cameras aren’t fooled, but we Homo sapiens are. Humbling, isn’t it? Now to shoot down some of the theories that have been advanced.

“When the moon is low, you’re unconsciously comparing it with trees, buildings and mountains on the ground, and it looks big compared with them.

But when it’s all alone up in the sky there’s nothing to compare it with, so you don’t think it’s so big.”

Well, maybe. But even out on the prairie, where there’s nothing at all on the horizon, it still looks bigger when it’s low.

“When the moon is low, you’re seeing it through a lot more air than when it’s directly above. All that air can act like a lens, refracting (bending) the light rays like a magnifying glass.”

Sorry, Charlie, but any such refraction effect is small and can make the moon look slightly distorted in shape, but not in size.

“When the moon is low you’re looking straight ahead, but when it’s high in the sky your head is tilted upward and your eyeballs are slightly squashed, and that makes … yada, yada, yada.” Nonsense.

So what’s the answer? Psychologists who study human perception have a couple of fairly convincing theories.

Theory number one: All our experience since the day we opened our eyes (some psychologists think it’s even inborn) has taught us that when an object is coming toward us it gets bigger. Think of an approaching airplane, or even a fly ball coming toward you in the outfield. But the “moon ball” seems to be breaking all the rules; as it moves overhead it isn’t getting any closer and it isn’t getting any bigger. So your brain interprets it as being unnaturally small, and that’s the conclusion you draw. It’s not that the horizon moon looks bigger, it’s that the overhead moon looks smaller.

I’d be more inclined to believe that theory if the moon rose in a matter of seconds. When I glance at it high in the sky, I’m really not comparing it with what it looked like several hours earlier.

Theory number two: Look up at the sky. If you didn’t know better, wouldn’t you think it was a huge, overhead dome? Ancient astronomers, in fact, thought that it literally was a dome, into which the stars and planets were set like jewels. Even in this space age, we still seem to have a built-in impression of the sky as a dome. We can’t grasp the idea of infinity, so we tacitly imagine that it has finite limits.

Picture it consciously for a moment. Now what if I asked you how far away the sky-dome is? You’re very likely to feel that the edge of the dome that touches the horizon is farther away than a point on the dome that’s straight overhead. In other words, we think of the sky as a somewhat shallow dome; it just seems more comfortable that way. Why? Our experience has always told us that horizons are far away, but there is nothing in our experience, and no visual cues or clues, to tell us that the “top of the sky” is also far away.

Thus, when the moon is near the horizon, we subconsciously believe that it is farther away than when it is overhead. But all of our visual experience tells us that farther-away things look smaller. So when the Man in the Moon thumbs his nose at our expectations by remaining his usual size even when he’s “far away” on the horizon, our brain says, “Wow! That guy must be really big.” And that’s the impression we get. My money rides on this last explanation.

Everything I’ve said about the moon (except that it orbits Earth) goes for the sun too. It also looks bigger when it is near the horizon, and for the same reasons. Haven’t you noticed those spectacular sunsets with those absolutely huge suns? Now you know why your pictures of sunsets are always so disappointing. (“I could have sworn it was much bigger than that!”)