Why is the Smokey Gas That Comes Out of a CO2 Fire Extinguisher So Cold?

All that’s happening is that the compressed carbon dioxide gas is expanding as we let it loose into the room. Do expanding gases automatically get cold? Yes, they do, and here’s why. The molecules in an expanding whoosh of gas have the power to blow things away don’t they?

Notice the powerful blast that you get when you use that fire extinguisher. If you’re not careful, you can blow the whole, still-burning fire into the next county. So the molecules of an expanding gas can knock objects away, even if the object is only air, by banging up against die object’s molecules. (What else is there to bang against?) 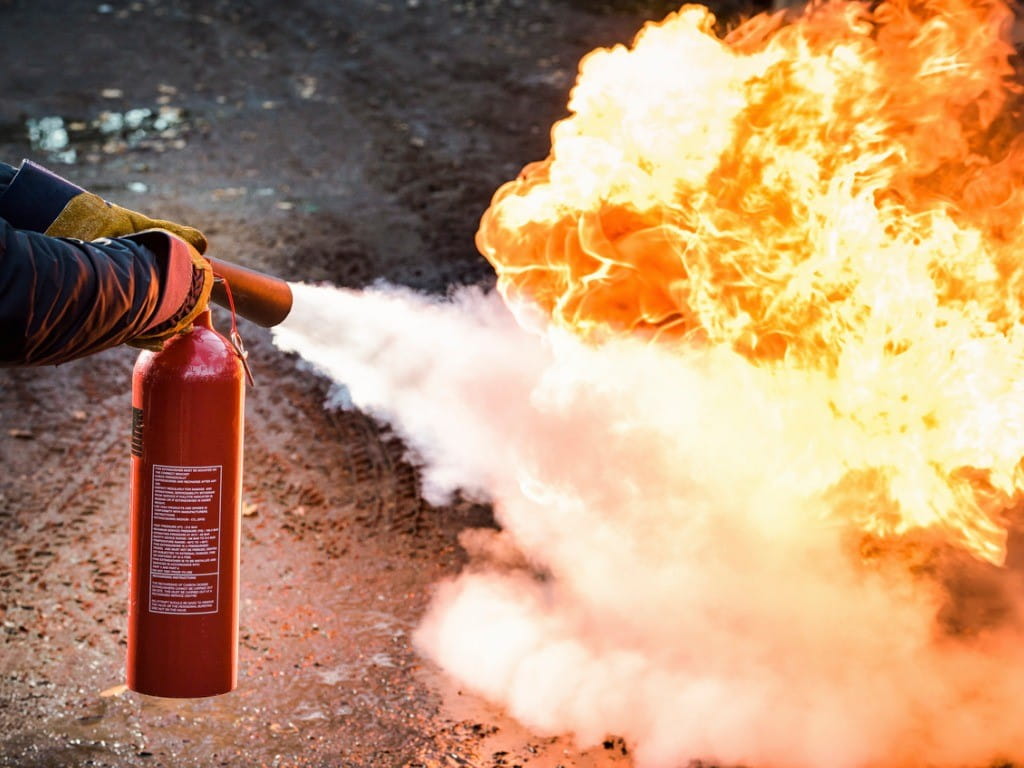 As the gas molecules knock an object’s molecules for a loop, they expend some of their own energy and slow down, just as a billiard ball moves more slowly after it has hit another ball. And slower gas molecules mean lower-temperature gas molecules.

The carbon dioxide in the extinguisher tank is at such a high pressure that when you release it into the room it expands tremendously, with a correspondingly tremendous decrease in temperature.