Can a Waterfall Ever Freeze?

Niagara Falls, on the border between New York State and Canada, pours about 620,000 tons of water over its edge each minute. But in March, 1847, the waterfall almost came to a standstill.

The water of the Niagara River froze over until only a trickle of water was pouring over the falls. People rode nearly halfway across the river in carriages, almost to the edge of the falls! A few days later, the river thawed and the falls returned to normal. 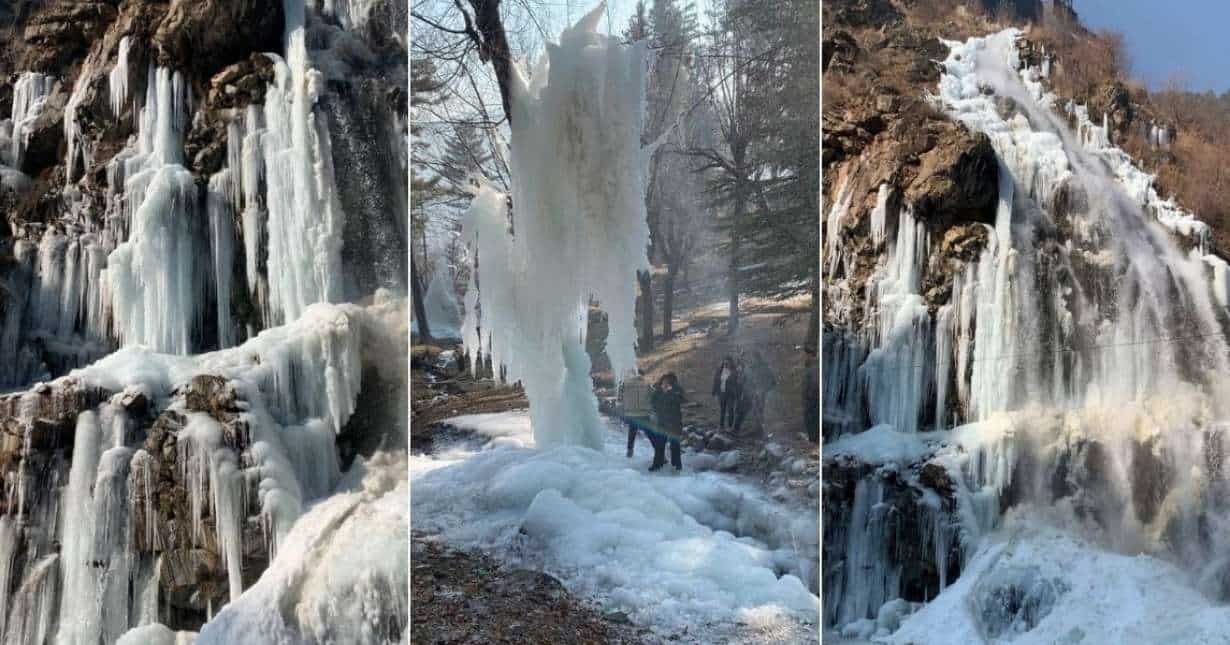 Scientists have estimated that Niagara Falls has moved ten miles upstream since it was formed, due to constant erosion produced by the falling water. At that rate, the falls would disappear in 22,000 years!