You are here: Home / History / History of Christmas Cards

No one could fail to notice that most Christmas Cards today have nothing whatsoever to do with Christ or Christianity. But did you know that Yuletide greeting cards were secular from their inception? Sanctimonious individuals may annually decry the deluge of cards and bewail the “loss of religious spirit” but the fact is that few of the customs we now associate with Christmas have anything at all to do with religious commemoration, and some of these customs are a good deal older than Christianity itself. 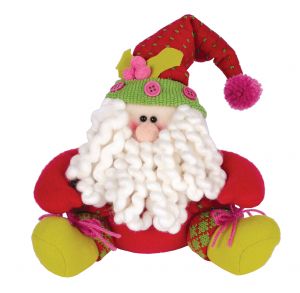 The date of Christ’s birth is purely conjectural, there is no historical evidence that Christ was born on December 25. Mention of a December 25 celebration of Christ’s birth first appeared around the year 353, but it wasn’t until 440, more than four centuries after his actual birth, that the Church proclaimed that day as the official date for the festival. Conveniently, December 25 already marked a holiday among many Europeans, the celebratory rite of the winter solstice, marking the beginning of lengthening days and the expectation of spring and rebirth. Due to changes in the calendar, Christmas no longer falls exactly on the solstice.

As the celebration of a midwinter Christmas spread with Christianity, people in various cultures retained many of their pagan solstice customs and incorporated them in the Christmas rite. At that time of year, the ancient Romans had exchanged gifts to mark the feast of Saturnalia. Celtic and Teutonic tribes kept many customs of their 12 day Yule celebration. Mistletoe, for instance, was prominent in midwinter Druid rites, and holly was similarly used by the Anglo-Saxons. The evergreen tree had long been regarded as a symbol of survival by Scandinavian peoples, though the Christmas tree proper did not find its way to England until 1840, introduced by Queen Victoria’s German born husband, Albert.

By the middle of the nineteenth century, Christmas was being observed throughout the Christian world very much as it is today, with the notable absence of the Christmas Card. The idea, if not the custom, of pictorial representations of seasonal greetings dates back to the Middle Ages. An engraving by one “Master E.S.” depicting the infant Christ stepping from a flower has been dated to around 1466, and is thought to be a copy of an even earlier design. Similar works from the fifteenth century refer to both Christmas and New Year. Calendars in the 17th and 18th centuries often carried Yuletide greetings, with domestic winter scenes, sailing ships, and red cheeked goddesses among the favored motifs.

Which brings us to the History of Christmas Cards. As to the first legitimate “Christmas Card,” there is some controversy. According to many accounts, the.idea of a Christmas greeting card sprang from the fertile brain of Sir Henry Cole, the first director of the Victoria and Albert Museum in London. In 1843, Cole commissioned John Collcott Horsley, a fashionable artist of the time, to design his first card. Horsley was well known not only for his artwork, but for leadership of a campaign against the use of nude models by artists-work that earned him the nickname “Clothes-Horsley”

The artist’s first card consisted of one unfolded sheet, oblong in shape, with a rustic bower forming a frame for three illustrations. The central scene depicted a typical middle-class Victorian family gathered around a sumptuously laden table, drinking to the health of an absent friend-the card’s recipient. The card also showed a moralistic scene depicting a charitable soul feeding the hungry at Christmas. The card also contained a representation of another good Samaritan clothing the naked-though Horsley, true to form, depicted the naked indigent as fully clothed. Above the tableau, appeared the word “To” followed by a space for an inscription; on the bottom of the card, the word “From” followed by a picture of an artist with a palette and the date “Xmasse 1843.” A banner stretching across the bottom of the central scene carried the greeting “A Merry Christmas and a Happy New Year to you.” Christmas Cards haven’t changed much, have they?

Horsley became the world’s first Christmas Card sender when he presented Cole with a signed copy of his original design, bearing the brilliantly original inscription:

Cole had a thousand copies of the original card printed and issued by Summerby’s Home Treasury Office. Only a dozen are known to exist today. Two of these can be found in the 70,000-card Hallmark Historical Collection, the largest and most representative museum of greeting card art in existence.

Other accounts credit 16 year-old William Maw Egley with engraving the maiden Christmas Card one year before Cole and Horsley’s collaboration. Egley’s card, which still exists, was remarkably similar to Horsley’s, depicting a Christmas dinner party, skaters, dancers, and a moralistic scene showing the poor receiving Christmas gifts. Egley’s message was “A Merry Christmas and a Happy New Year to you.”

Initial reaction to the distribution of Christmas Cards was hardly favorable. Some- critics claimed Horsley’s card was too secular, and accused him of encouraging intemperance and alcoholism. Others criticized the idea of cards as a foolish extravagance. In fact, certain Protestant sects refused to condone the Christmas Card until the turn of the century.

But Yuletide cards caught on quickly among the general population, and within twenty years were well entrenched in Victorian Christmas celebrations. At first, cards were generally not mailed or signed, but delivered by messenger with a calling card. The penny post, introduced in England in 1840, did much to popularize Yuletide greetings by mail; and by the 1850’s, Christmas Cards began to appear on the European continent as well.

The favored motifs were, from the very beginning, secular. Dolls and little girls were popular; so were courting couples, feasts, animals, flowers, winter scenes, and moralistic drawings, with an occasional angel thrown in for a bit of religious spice. In a sense, many cards were actually collages, for a drawing of a girl, for instance, a piece of satin might serve as a dress. And the inscriptions were no less banal than most of the modern ilk. Witness, for example, this gem: “When snow lies at Christmas and Grandpa shivers-the children are bright; they look forward to feeding the chickens in spring.”

The Christmas Card first appeared in the United States in 1874, brought out by Bavarian-born Boston lithographer Louis Prang. Prang’s card was designed by Mrs. O.E. Whitney, and based on an English card signed Charles Dickens that Prang had brought back from Europe. At first, the cards were produced for export to England, since the custom of sending greeting cards at Christmas had yet to appear in America. But Prang’s cards, among the first to depict religious scenes, went on sale here the following year. Christmas Card fever soon became a permanent American ailment.

Through the years, Christmas Card design has often changed to reflect the feeling of the times. During the Depression, many cards spoofed poverty to make light of temporary hard times. Santas carrying flags were popular during World War II, as were inscriptions such as “Missing You” and “Across the Miles.” The Cold War years saw an increased demand for humorous cards.

Today, Christmas Cards are a multi million dollar industry in most English-speaking countries. Hallmark Cards, the largest American greeting card company, boasts annual sales of $400 million. In 1954, Americans sent about 2 billion Christmas cards; now, the yearly figure stands at close to 4 billion, for an average of twenty cards per person.

Of course, many Americans send considerably more than twenty cards. One Werner Erhard of San Francisco sent 62,824 cards in a single year. This is believed to be the largest outpouring of Christmas Card generosity in history.

Critics continue to lay the blame for an outlandish waste of time, money, and paper at the feet of overzealous Christmas Card senders.

The English magazine Punch hit it on the head when, in a 1900 editorial, it declared: “We deprecate the absurd habit of Christmas Cards and presents. I refer, of course, to those we have to give!”