So who Invented Chewing Gum? Everyone and their dog has enjoyed a piece of Gum. The sight of a dried up, mouldering piece of chewed Gum stuck to the underside of a desk won’t strike the non-chewer as very appetizing, but to the Gum-chewer-well, a piece of Gum is a piece of Gum. 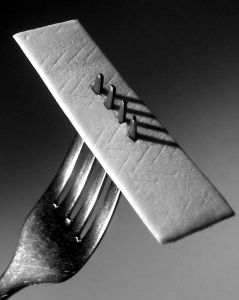 And there are Gum-chewers galore in this country, male and female, young and old, from every stratum of society. No one knows for sure how many people Chew Gum, but some 35 billion sticks will find their way into American mouths this year. That’s about five billion packets, or twenty-five packets for each man, woman, and child in the United States. At, say, ten cents a throw, Americans will spend this year some $500 million on Gum. And you thought Gum-Chewing was on the wane?

The urge to masticate seems to be quite strong in the human animal, for Gum-Chewing has been popular in many cultures over the last two thousand years. The ancient Greeks chewed a gum obtained from the resin of the mastic tree. Our words “mastic” and “masticate” are both derived from the Greek word for “chew.”

Over a thousand years ago, the Mayans and other American Indians chewed chicle-based Gums. But the first Gums American colonists encountered were spruce Gums introduced to the Pilgrims by the Wampanoog Indians in the early seventeenth century. Made from wads of resin the Indians found stuck to the bark of spruce trees, spruce gums were waxy and tough, more cordial to the teeth than to the taste buds.

Yet spruce Gums were to remain the only chews available in the United States for close to 200 years, until the introduction, in the nineteenth century, of paraffin gums. The first spruce chewing gum to be commercially manufactured in this country was the “State of Maine Pure Spruce Gum,” brought out in 1848 by a Bangor, Maine entrepreneur named John Curtis. Curtis later sold spruce gums under such names as “American Flag” and “200 Lump Spruce.” He also sold paraffin gums dubbed “Licorice Lulu,” “Sugar Cream,” and “Biggest and Best.”

Pioneers settling the American West found the Osage Indians chewing a chicle-based Gum made from the hardened sap of the sapodilla tree. The Osage, who’d been chewing chicle for thousands of years, had apparently obtained their first chaws from Indian tribes living south of the Mexican border, where the sapodilla grows.

The Mexican General Antonio Lopez de Santa Anna-yes, the same Santa Anna of Alamo notoriety-thought that chicle could be used in the manufacture of rubber. So in 1839, he brought some sapodilla sap to the American inventor Thomas Adams. Attempts to manufacture rubber from the tree sap failed, but by the 1870’s, Adams’s company was marketing the nation’s first commercial chicle-based Chewing Gums.

Chicle, Adams found, lasted much longer than paraffin or spruce, and carried flavors better than the earlier gums. Adams was soon selling such treats as Peppermint, Spearmint, Black Jack (licorice, of course, still popular), Clove, Pepsin, and Cinnamon. Today, the Adams Company and the William Wrigley, Jr. Company are the nation’s largest manufacturers of Chewing Gums.

Thirty-year-old William Wrigley, Jr. moved to Chicago in 1891 and set up the Wrigley Company with just thirty-two dollars of his own money and a $5,000 loan. The firm initially sold soap, then branched out into baking powder. In 1892, Wrigley ordered some Chewing Gum from the Zeno Manufacturing Company to offer jobbers as an inducement to buy his baking powder. Wrigley’s salesmen dispensed two packs of Gum with each ten-cent package of baking powder, and the jobbers soon reported that they found it much easier to sell the gum than peddle the powder. It didn’t take Wrigley long to see the possibilities.

By the turn of the century, Wrigley’s Gum was being sold coast to coast in stores and vending machines. Chewing Gum factories were soon springing up in a number of foreign countries, including Canada, England, Germany, Australia, and New Zealand. By the end of World War II, the taste for Wrigley’s product in America, Europe, and Asia was so great that his factories could barely keep pace with the demand.

Today, most chicle comes from Mexico. Sapodilla trees are tapped with grooved cuts and the latex is collected in small receptacles, as in the gathering of maple syrup. Most productive sapodilla trees are over seventy years old. For best results, each tree is tapped only once every six to eight years. The collected sap is then boiled, coagulated, and molded into blocks.

At the manufacturing plant, the chicle is kneaded into a hot sugar and corn syrup mixture, then flavored and rolled into thin strips. Most modern Gums contain 20 percent chicle, 60 percent sugar, 19 percent corn syrup, and one percent flavoring. Of course, after a few hours of chewing, the wad in your mouth isn’t likely to contain anything but the Gum itself. Some gum manufacturers now use synthetic products to give their gum its chewiness.

Gumdrops are made not from chicle, but from gum arabic, a substance obtained from exudations of certain types of acacia tree. Gum arabic products were used as medicaments for many years, since the slow solution of gum in the mouth allowed a steady release of the active ingredients.

Many Gum specialties have come and gone over the 100-year history of chewing gum marketing. For decades, the Adams Company has been selling Chiclets, pellets of gum wrapped in a sugar candy. The 1970’s saw the introduction of “squirt” gum, wads of Chewing Gum with liquid centers that “explode” into the mouth upon the first chew. And the sweet, pink chew known as Bubble Gum needs little identification.

Bubble gum first appeared in 1933. But it wasn’t until 1947, when the Topps Chewing Gum Co. began to offer the familiar Bazooka penny piece. Later, Topps included baseball cards with slabs of gum, that Bubble Gum became the ubiquitous source of oral gratification it is today.

The earliest baseball cards appeared during the 1880’s in packets of cigarettes and tobacco. Candy companies began to issue cards in 1913, and Bubble Gum manufacturers included cards with their product beginning in 1933. Topps entered the baseball card field in 1951, and has since become the giant of both the Bubble Gum and baseball card industries, distributing some 250 million cards each year.

The Topps company estimates that there are now more than 100,000 serious baseball card collectors in the United States. Enthusiasts will pay surprisingly high sums for a valuable specimen. The largest collection of baseball cards in the world-200,000 cards-belongs to the Metropolitan Museum of Art in New York, and the most prized Topps card in existence is the 1952 Mickey Mantle, valued as high as $100.

During baseball’s spring training period, Topps signs and photographs all rookies and established players whom they believe have a chance to make the major league rosters in the upcoming season. Each player is photographed both wearing a cap and bareheaded. If the player is traded to another club after his picture is taken, the bareheaded photo is used on the player’s card. In case you were wondering, a players is paid for the use of his picture- $250 each year a new card appears.

The baseball card trade is not without its lighter side. A number of right-handed practical jokers have posed for the Topps photographer wearing a left-handed glove, or vice versa, and more than one player has appeared on a card bearing another player’s name. In 1969, California Angels’ third baseman Aurelio Rodriguez duped Topps into photographing the team batboy in his place, and thousands of cards bearing the batboy’s image over Rodriguez’ name were distributed before Topps caught the error.

Few people buy Topps baseball cards for the slab of Bubble Gum included in each package. Bubble gum addicts are more likely to get their fix from a piece of Topps Bazooka Gum. Bazooka was introduced in 1947, and owes its name to the resemblance between the early five-cent size and the bazookas used in World War II.

Each piece of Bazooka Gum comes with a premium of sorts-a Bazooka Joe comic. Topps first included the comics with their gums in 1953, and in the years since, the firm has developed a repertory of close to 700 different comics. The company tries not to repeat a joke for about seven years so that the comics are fresh for each new generation of Bubble Gum chewers.

Sugarless gums have been with us since the 1940’s, and now account for 10 percent of all chewing gum sales. A stick of sugarless gum contains but six or seven calories-while a regular stick contains a whopping eight calories!

Gum makers have also developed gums that won’t stick to dentures, and they are presently working on such earth-shattering innovations as a Bubble Gum whose bubbles glow in the dark.

In the early days of Chewing Gum marketing, Gum companies tried to sell their products by stressing their value to dental health. Advertisements pointed out that primitive races whose diets demand a great deal of chewing usually have excellent teeth. When the Wrigley Company began to market its Chewing Gum in England around 1911, the firm’s ads pointed up the values of Gum to dental and mental health, claiming that Gum eased tension and thereby improved concentration.

Wrigley faced an additional challenge in convincing the Englishman to chew gum: to rid gum-chewing of its lower-class connotations. When Wrigley began to advertise heavily in English magazines, he surprisingly chose those publications most read by the social elite. Sure, the ads read, gum may be out of place at the opera or in Buckingham Palace, but gum-chewing can be both proper and highly beneficial at most other times. The results of the ad campaign? Sales of Wrigley’s products in England doubled over the next twenty years.

In the Soviet Union, where the manufacture of Chewing Gum is prohibited by the State, foreign tourists are frequently accosted by young Russian boys clamoring for “tchewing guml tchewing gum.”

Few people today chew gum for dental health. Ask the average gum-chewer why he uses gum and you’ll most likely receive in response, a shrug of the shoulders. But the answer is simple: gum-chewing uses up excess nervous energy.

Studies have shown that the use of Gum rises in periods of social tension, and falls in more tranquil times. For instance, the use of gum in this country soared from a per capita 98 sticks in 1939 to 165 sticks by the early 50’s, duplicating a similar rise during World War I. Today’s per capita consumption of Chewing Gum stands at 175 sticks per year. So, as if you needed any further confirmation, the Chewing Gum barometer suggests that we once again live in troubled times.