Ask even a hard core cardsharp about the origin of playing cards and pointing to the king and queen in their Renaissance raiment, he may well answer smugly that, of course, the cards originated in Europe during the fifteenth and sixteenth centuries. Well, the reply would be half correct; yes, the design of modern playing cards can be traced back to 15th and 16th century Europe. But the cards themselves are a good deal older than the paper money often used to wager on them. 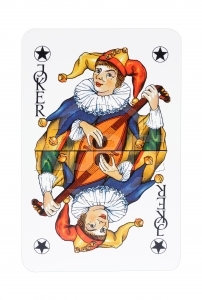 The exact origin of the History of playing cards remains uncertain, but most historians agree that China is their most probable birthplace. But no matter where they originated, cards, like their gaming counterparts, dice, were probably used, at first, exclusively for fortune telling.

In early times, cards were connected with various religious rites. Some ancient Hindu cards, for instance, were divided into ten suits representing the ten incantations of the god Vishnu. The four-suit deck may be symbolic of the four hands of the god, as represented in Hindu statuary.

No one seems quite certain how cards found their way to Europe. Marco Polo may have brought them back from China in the thirteenth century. Other theories credit, or blame, the gypsies with bringing cards from Arabia to Europe, or claim that the Arabs themselves introduced cards in Europe during their occupation of Sicily and Spain. Probably, all of these sources were in some part responsible. 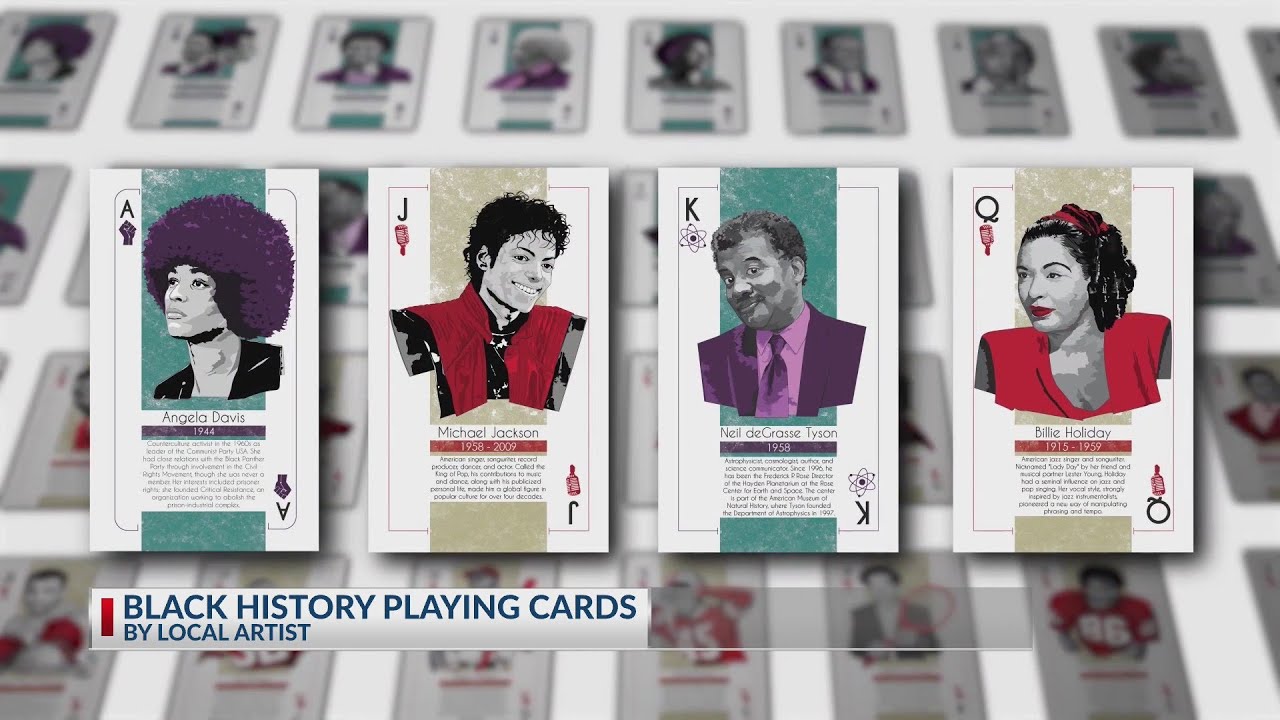 The first reference to playing cards in Europe appears in an Italian manuscript of 1299, although cards did not become well known on the continent until the fourteenth century. A receipt, dating from 1392, shows that Charles VI of France purchased three decks of cards in “gold and diverse colors.” By 1495, playing cards were so well established in Europe that card manufacturers in various nations petitioned their kings for protection against imports.

Many believe that Tarot cards are the forerunners of the modern deck. The fact is the 2 decks developed independently, Tarot cards were unknown in China, and playing cards were virtually unheard of in Europe before the thirteenth century.

The Tarot deck consists of 21 pictorial representations of material forces, elements, virtues, and vices, plus the Fool, the precursor of the joker that found its way into the playing card deck. For centuries gypsies have claimed the ability to foretell the future based on their interpretations of the Tarot cards, which show characters and dress strikingly similar to those of the Romany tribe.

Renaissance Venetians were probably the first to combine the 22 card Tarot deck with the then current 56 card playing deck. The playing deck of the time consisted of a king, a queen, a knight, a page, plus number cards from one through 10 in each of four suits, cups, coins, swords, and wands. Several games derived from the combined 78 card deck, 22 Tarot plus 56 playing cards, are still played in some countries.

Further combinations of number and picture cards resulted in decks of 32 or 36 cards in Germany, 40 cards in Spain, and 52 cards in France. The English adopted the French deck, with its designs which originated in 15th century Normandy. The picture cards were in royal dress from the period of Henry VII.

The English retained the French symbols for the 4 suits, but changed their names. If you want to call a spade a spade in France, you would say pique, literally “pike.” The French carreau (“tile” or “square”) became in England the diamond; the trefle (“cloverleaf’) became the club; and the coeur (“heart”) remained the heart.

In Soviet Russia, government officials once tried to replace the corrupt monarchy with proletarian revolutionary figures, but the tradition of Russian card design was so well entrenched that the attempt had to be abandoned. The famous 19th century poet Pushkin wrote a novel, Queen of Spades, in which card playing leads to the death of the 3 main characters, and then Tchaikovsky based a celebrated opera on Pushkin’s novel.

In 1832, Thomas de la Rue invented a typographic process for card manufacture, and institutionalized the design of “double-headed” cards, readable from either end.

Early mass-produced playing cards were printed on pasteboard, with two sheets gummed together and lacquered.

At various times, card makers have tried to introduce different types of deck. One such effort was a deck with 5 suits. Metal cards intended for play on magnetized boards, have been manufactured, and these come into view, occasionally, on a windy day at the beach. But basically, card design has remained unchanged for centuries.

European governments have always found playing cards an ideal subject for heavy taxation. England began taxing card imports in 1615. By 1628, the tax on each deck had risen to a then exorbitant half-crown. Taxes on playing cards once became so high in Austria that card makers began selling oversized decks that could be gradually trimmed as their edges became worn, thus lasting two or three times as long as a regular deck.

More than 70 million editions of what the Puritans termed “The Devil’s Picture Book” are now sold in this country each year-one deck for every three persons. The figure is misleading, though, since Las Vegas casino operators probably account for a large chunk of the total-owing to their practice of throwing away a deck after just a few rounds of blackjack.

The number of games that can be played with cards is virtually limitless. New games are invented continually. Yet almost all games can be divided into one of two categories: rank games and combination games.

The earliest Chinese games were rank games, in which the player turning over the highest card won the round. Many modern games are based on that simple idea, with variations such as the trump suit-a designated suit from which any card beats any card of the other three suits. Among the popular games in this category would be loo, euchre, whist, and bridge.

Combination games are those in which the winner of a round is determined by the entire hand he holds and the combinations formed by his cards, poker and gin rummy. Games which are a combination of the two are: pinochle and klobriash.

Poker became popular in the United States in the nineteenth century, especially among gold-digging forty-niners. The game was actually based on an older Spanish game called primero that included elements of betting and bluffing just like the modern game. According to Shakespeare, Henry VIII played primero the night Queen Elizabeth was born. The term poker comes to us from the German pochen, “to brag” or “to knock,” or from a similar German game called pochspiel.

Reportedly, there are over 350 different versions of that great boon for a rainy day, solitaire.

The popularity of a card game varies greatly from country to country, and from one era to the next. In the United States today, most people have at least heard of canasta, a Latin American invention, and also have heard of poker, rummy, bridge, gin, blackjack, war, go, cassino, keno, pinochle, and old maid. In the past, such games as faro, whist, and euchre were more popular.

Blackjack is easily the most popular casino game in the United States today. Actually, all popular casino games, baccarat, banque, chemin-de-fer, and blackjack, date from the 15th and 16th centuries. All were extremely simple to play. In each of these games, the object is to reach a number of close to, but not above, a predetermined limit. In blackjack, it’s 21; in baccarat, it’s nine.

You may have been confused in the casino, or in your reading, by the games of baccarat and chemin-de-fer. The rules of play are actually the same in both games, but the betting procedure is different in each. Baccarat is the big-money game in most American casinos, while chemin-de-fer remains more popular in Europe. In both games, six 52 card decks are used, shuffled together and placed in a wooden box known as the sabot.

Speaking of rules, Edmond Hoyle has been credited with formulating the rules to many popular card games. Actually, Hoyle wrote only two books on cards, and never heard of most of the games for which he is supposed to have formulated the rules. Among them is poker, which was not invented until almost 100 years after Hoyle’s death.

If you’re a real card freak, you may want to take a gander at some of the world’s great playing card collections. The most notable are in the British Museum in London, the Morgan Library in New York, and the Cincinnati Art Museum, which includes a display donated by the U.S. Playing Card Corporation.

And talking about card freaks: a Canadian by the name of John Wilson holds the record for the greatest number of stories in a house of cards-39 stories in a tower of 1,240 cards. Joe E. Whitlam of England bettered that feat by building a house of seventy-three stories, a stupendous 13 feet, 101/4 inches, but Joe cheated a bit by bending some cards into angle supports.

We might also mention what must be the single largest loss in a game determined by the turn of one card. William Northmore of Okehampton, England, an inveterate gambler of the early eighteenth century, lost his entire fortune of $850,000 on the turn of an ace of diamonds!

Northmore’s tale does have a happy ending, though. After the game, Northmore vowed never to gamble another penny. The townspeople of Okehampton, in sympathy for his plight, elected Northmore to Parliament, where he served for nineteen years until his death.

The odds against finding the following distributions are:

Without doubt, the card game most widely played over the world today is Contract Bridge, a partnership game played by four persons.

Bridge is derived from Whist, which can be traced back to 1529. The earliest treatise on Whist written by Edmund Hoyle in 1742, was a bestseller.

In 1891, the American Whist League was established. My, how the game has grown! Today, bridge is played by over 30 million people in the United States, of whom 200,000 are dues-paying members of the American Contract Bridge League.

It is estimated that over 60 million people play bridge throughout the world. In Sweden, Holland, and Belgium, the game is even more of a rage than it is in the United States. Today, champions compete on television, and there are bridge columns in newspapers throughout the world.

During the 1930’s the big name in bridge was Ely Culbertson, who developed a system of bidding which took the bridge world by storm. With a host of bridge teachers under his tutelage, Culbertson turned the game into a multi-million dollar business. He wrote a number of books on the Culbertson System, which sold in the hundreds of thousands. Included in his hoopla were matches played by himself and his wife as partners against such topnotch bridge stars as Sidney Lenz and P. Hal Sims. These Culbertson matches became parlor chitchat throughout the country and turned the name of Culbertson into a household word.

During the 1940’s, the ascendant star was Charles H. Goren, who ruled the world of bridge for some twenty years.

Apart from being played in tournaments, bridge is, of course, also played for money; sometimes, it is rumored, for fairly high stakes. In the early days of the game, Charles F. Schwab, the steel magnate, is reputed to have run a game where the stakes were a dollar a point. In today’s clubs, the stakes run as high as 10 cents a point, which on a bad evening when Lady Luck frowns, might cost a player around $500.