How Dangerous Are Bullets Fired In the Air If They Hit Somebody Falling Back Down?

Quite dangerous. As we’ll see, physics tells us that when it hits the ground the bullet will have the same velocity it had when it left the muzzle of the pistol, which can be 700 to 800 miles per hour (1,100 to 1,300 kilometers per hour).

But that ignores air resistance. More realistically, the bullet’s landing speed can be around 100 to 150 miles per hour (160 to 240 kilometers per hour). That’s fast enough to penetrate human skin, and even if it doesn’t penetrate it can still do a lot of damage. But just try to tell that to the idiots who like to shoot their guns “harmlessly” into the air. 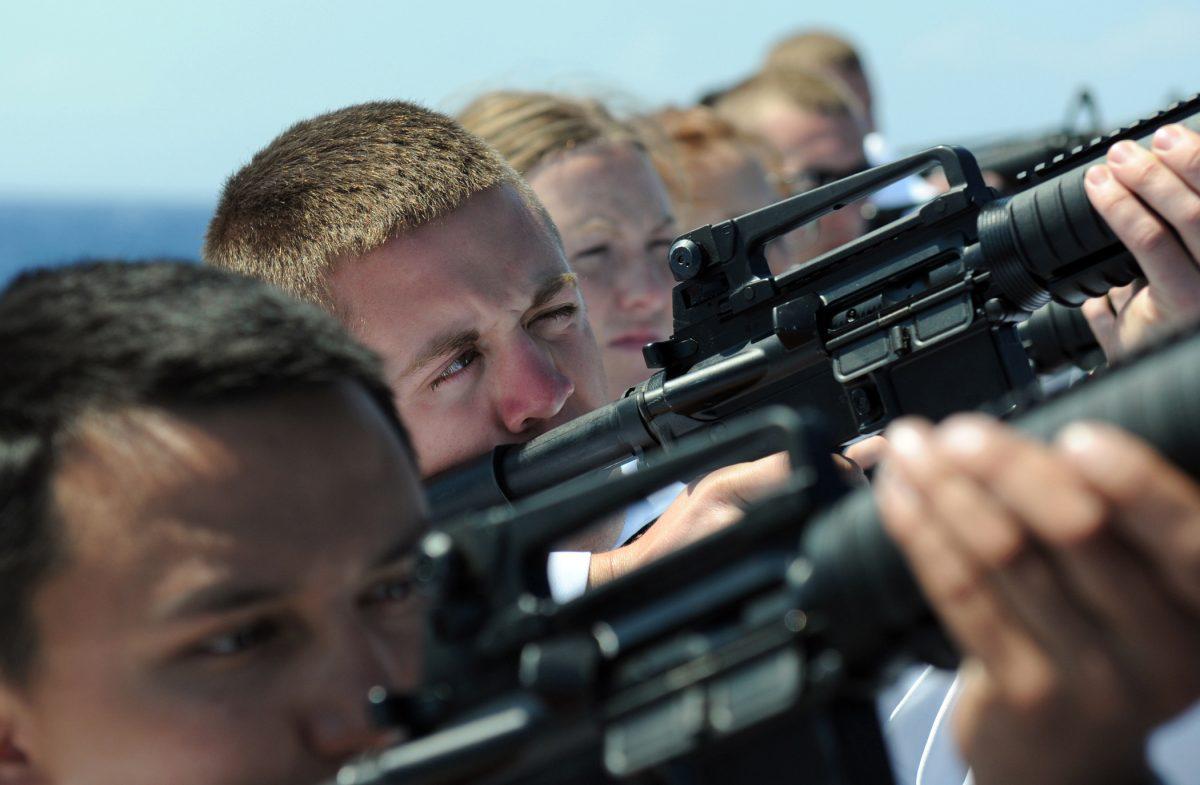 It will be easier to understand the bullet’s flight if we consider it in reverse. That is, we’ll start at the instant at which the bullet has reached the top of its flight and is just starting to fall downward. Then we’ll consider its upward journey and compare the two.

Gravity is a force that operates on a falling object, and is indeed what makes it fall, by pulling on it, attracting it toward the center of the Earth, a direction that we call “down.” As long as the object is in the air, gravity keeps on tugging on it, urging it to fall faster and faster. The longer it falls, the more time gravity has to work on it, so the faster it falls. (Techspeak: It accelerates.)

But gravity was pulling on the bullet with the same force when it was on its way up. That’s what slowed it down so much that it eventually reached zero speed at the top of its flight before starting to fall. For every second that it was on its way up, gravity’s pull removed 22 miles per hour (35 kilometers per hour) of speed. The total amount of speed removed on the way up must be the same as the total amount of speed regained on the way down, because the gravitational effect was the same all the time. If that weren’t true, the bullet would have to have acquired some speed or lost some speed because of some other outside force. And there was no other outside force (except air resistance, and we’ll get to that).

Or an innocent bystander.

Up to now, we’ve ignored the slowing-down effect of the air. As you can tell by sticking your hand out the window of a moving car, the faster you go the more the air tries to hold you back. So as our bullet falls faster and faster under the influence of gravity, air resistance tries to make it go slower and slower. Pretty soon, the two conflicting forces become equal and cancel each other out. After that, no matter how much farther the object falls it won’t go any faster. It has reached what physicists like to call its terminal velocity, which is Techspeak for final speed.

Because “terminal velocity” is such an impressive-sounding term, many an innocent physics student, I was one, gets the impression that it’s some kind of fundamental limitation of Nature, like the speed of light. But there’s absolutely nothing sacred or fixed about it.

The final speed of a falling object simply depends on its size and shape, and on how it catches the air. If you fall out of an airplane, your terminal velocity will certainly be a lot less if you’re wearing a parachute. Teams of sky divers adjust their air resistance by making their bodies more compact or more extended, so they can rendezvous at the same terminal velocity and frolic around together before pulling their rip cords.

If a shooter is fairly close to a target, there isn’t much opportunity for air resistance to slow the bullet down during its short flight. Even when fired into the air, a streamlined object like a bullet doesn’t suffer much air resistance on the way up, because it is pointing straight ahead along its path.

But during its fall it is probably tumbling, or even more likely falling base-first, because that’s the most stable orientation for a bullet-shaped object. The air resistance on a tumbling or base-first bullet is quite a bit greater than on a straight flyer, so it may be slowed down substantially on the way down and end up quite a bit slower than its muzzle velocity. One expert estimates that a.22LR bullet with a muzzle velocity of 857 miles per hour (1,380 kilometers per hour) might fall to the ground with a velocity of 96 to 134 miles per hour (154 to 216 kilometers per hour), depending on how it tumbles. That’s more than enough speed to do serious or lethal damage to a cranial landing site.

And by the way, the jerk who fires the bullet isn’t very likely to be hit by it, no matter how carefully he aims straight up. In one experiment, out of five hundred.30-caliber machine-gun bullets fired straight upward, only four landed within 10 square feet (3 square meters) of the gun. Wind has a great effect, especially since.22- to.30-caliber bullets can reach altitudes of 4,000 to 8,000 feet (1,200 to 2,400 meters) before falling back down.