How did African Americans get voting rights in the United States in 1965?

After the murder of three voting rights organizers in 1964, the Mississippi Freedom Democratic Party, led by Fannie Lou Hamer, tried to unseat the all-white Mississippi delegation at the National Democratic convention later that year.

Although unsuccessful, this demonstration brought public attention to the problem on national television, and eventually led to the passage of the Voting Rights Act of 1965, which abolished poll taxes and literacy tests. 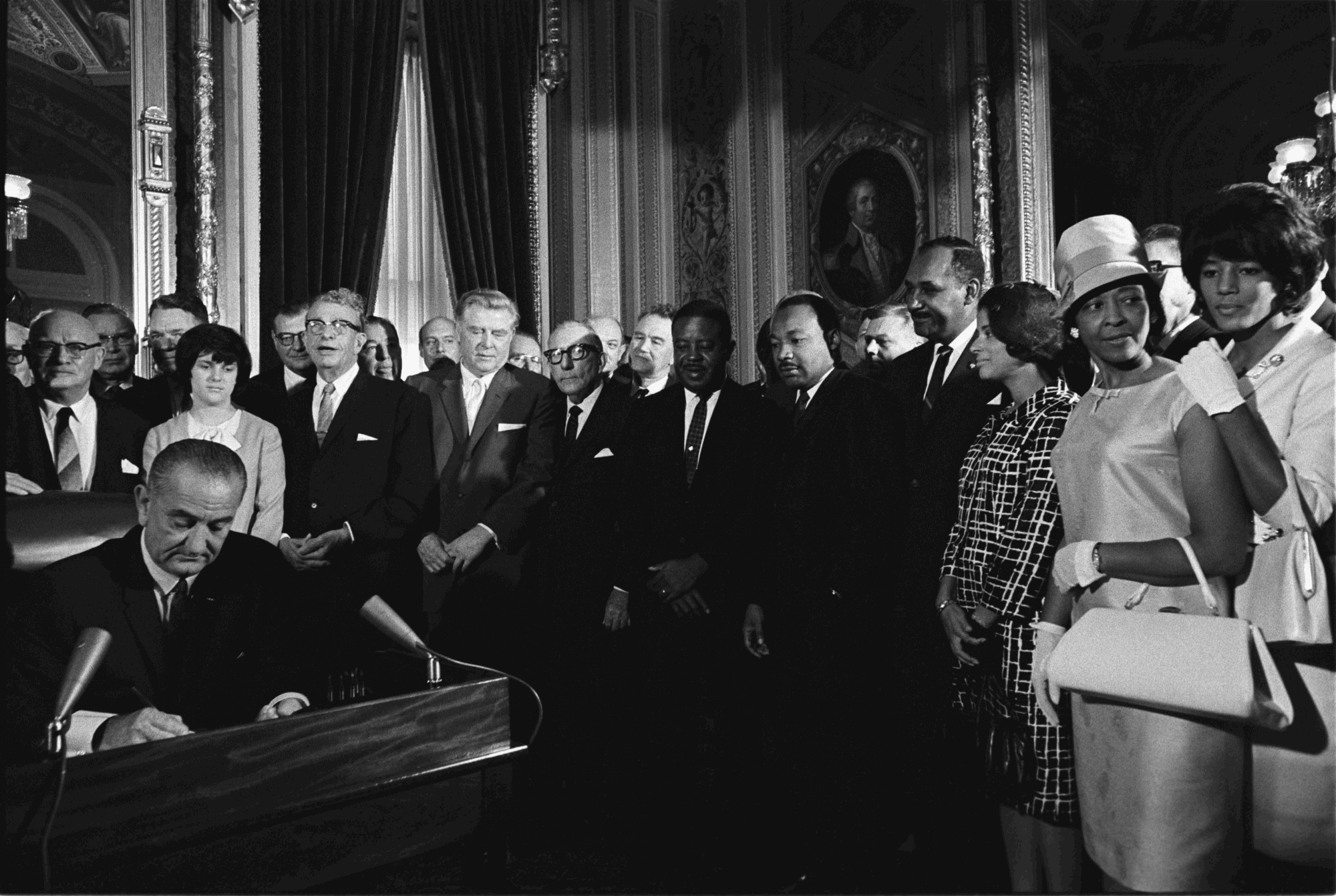