How Did Enrico Fermi Split the Atom and How Did Fermi Discover Nuclear Fission Which Produced Energy?

Marie and Pierre Curie’s discovery of radioactivity was a breakthrough, but it was limited to a few elements.

Enrico Fermi wanted to test all the elements, and he made one other key change.

Fermi thought the newly discovered neutron would prove a better “bullet” than the positively charged alpha particles the Curies had used. 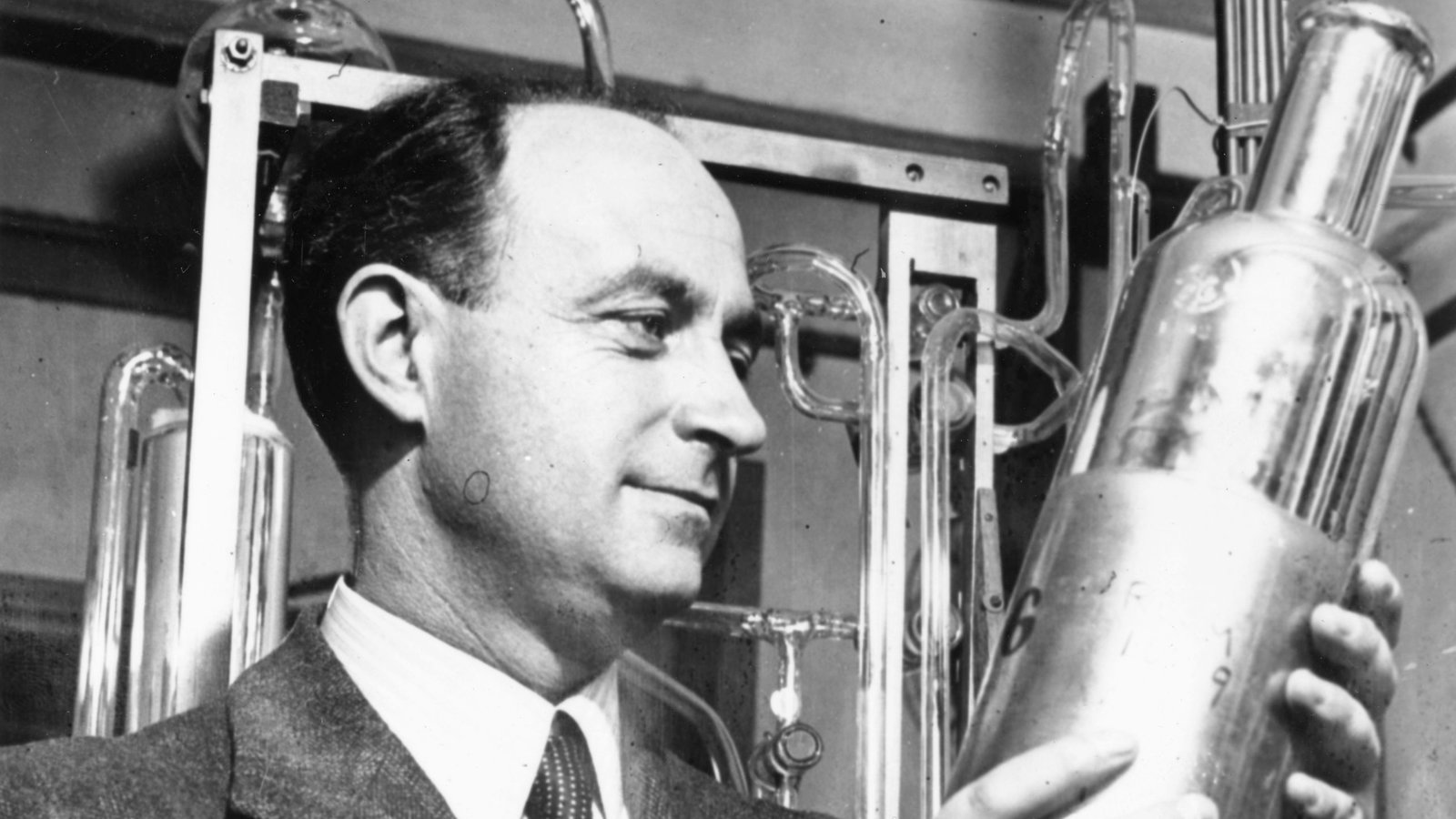 He thought the neutral charge of the neutron would make it less likely to be repelled by the nucleus of some elements than the alpha particles.

First, Fermi built a simple neutron gun made up of radon and beryllium.

The radon shot alpha particles at the beryllium, and this made the beryllium shoot out neutrons. Fermi then went through all the elements one by one.

After a couple of months, he had made radioactive forms of many elements. He also discovered that slowing the neutrons down by making them pass through wax or even water increased the radioactivity level 100 times.

Fermi’s greatest discovery came next. When neutrons bombarded the nucleus of uranium, the atom would split into two smaller atoms.

This process is called nuclear fission. There were two more remarkable results from this fission.

First, the two new atoms together weighed much less than the original atom, the missing weight was energy. Matter had been converted to energy just as Einstein had predicted.

Second, the fission produced more neutrons, and these neutrons went on to produce more fission. As long as there was enough uranium, a chain reaction would result.

During World War II, Italy was an ally of Nazi Germany and passed many anti-Semitic laws.

Fermi and his Jewish wife managed to escape Italy when he went to Sweden to accept the Nobel Prize in 1938. They then emigrated to the United States.

Enrico Fermi sat at the control panel of the “world’s most powerful atom smasher” (a particle accelerator) in 1951.