How did Ernest Rutherford discover that the atom is mostly empty space?

For a long time the exceedingly small size of an atom, one hundred-millionth of an inch is typical, made it very difficult to make even an informed guess about its structure.

In 1911 the eminent physicist Lord Ernest Rutherford performed an experiment whose results astonished him and broke ground for the nuclear age. He had his assistant, Hans Geiger, shoot a beam of rapidly moving alpha particles at a piece of gold foil. 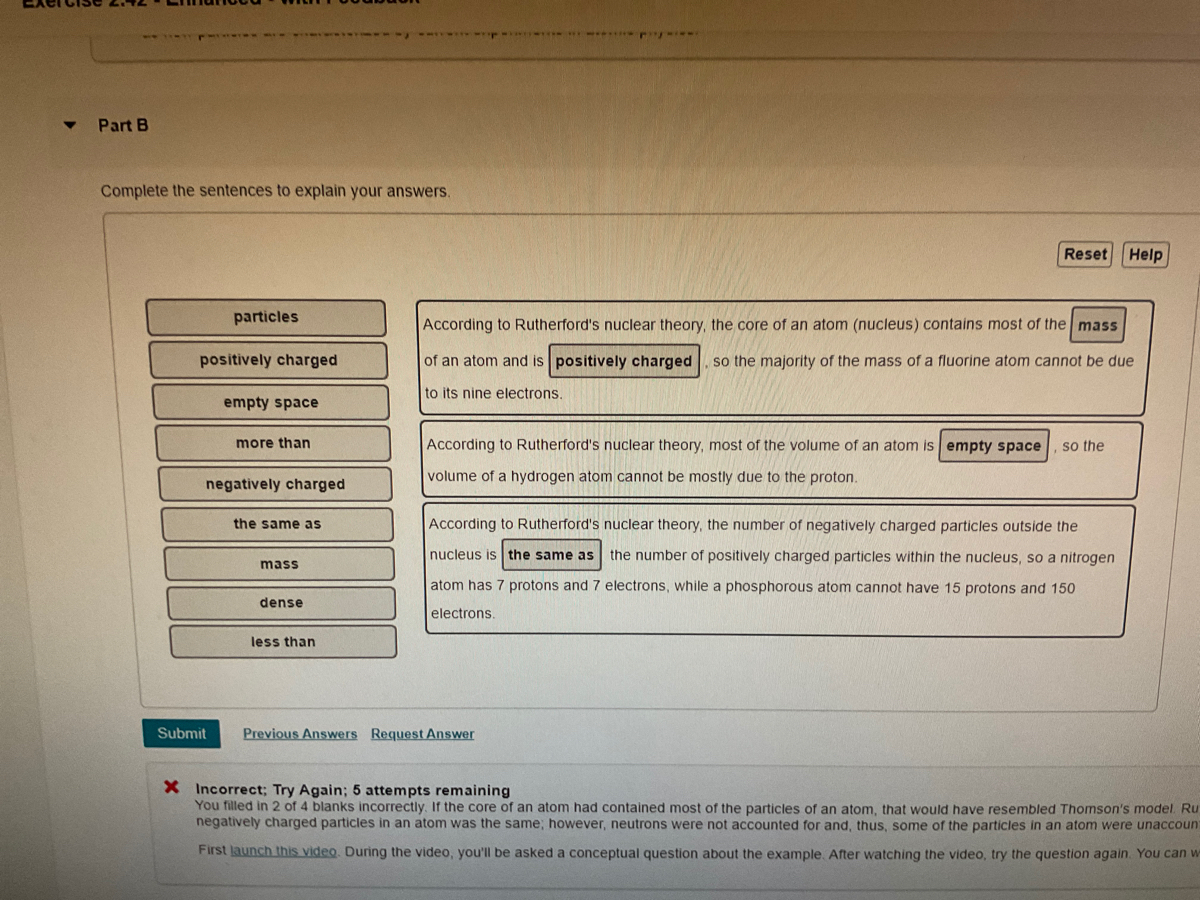 The speed and impact of these alpha particles should, according to Rutherford, have carried them right through, and for the most part that was what occurred. But on closer examination, Geiger found a small number of alpha particles on the side of the foil on which they had entered. “It was almost as incredible,” exclaimed Rutherford, “as if you fired a 15-inch shell at a piece of tissue paper and it came back and hit you.”

It wasn’t long before Rutherford came up with an explanation. Some of the alpha particles came back because they ricocheted off a hard substance. But since so few of the particles came back and since most could continue through, Rutherford figured the hard substances must be very tiny and very far apart. Thus, the majority of each atom must be empty space, and only a much smaller part occupied by compact matter. This extremely small center Rutherford called the nucleus.

Physicists set to work to explore the atom further, discovering the electron in 1914, the proton in 1920, the neutron in 1932. These finds confirmed Lord Rutherford’s conception of the empty atom. Just as the planets orbit around the sun, the electrons circle around the nucleus, with its tightly packed protons and neutrons. In comparison with the nucleus, this outside band of electrons is huge: the overall size of the atom is 10,000 times that of the nucleus.

“If the outer shell of electrons in the atom were the size of the Astrodome that covers the Houston baseball stadium, the nucleus would be a Ping-Pong ball in the center of the stadium. That,” explains Robert Jastrow, director of the Goddard Institute for Space Studies of NASA, “is the emptiness of the atom.”