How did Leonardo da Vinci design the first car and When was the horseless carriage invented?

He imagined, too, the horseless carriage, a model of which stands in the museum in Vinci, about 20 miles west of Florence. The small, compact unit, constructed of wood, has three wheels under the body and a rudder bar attached to an additional small wheel in front for steering.

Power is derived from a series of springs that operate two horizontal cogwheels, which drive the two large wheels of the car. In order to allow for the difference in speed of the two wheels as they go around a curve, Da Vinci placed a toothed crown wheel, which acts as a differential gear, between the two cogs. 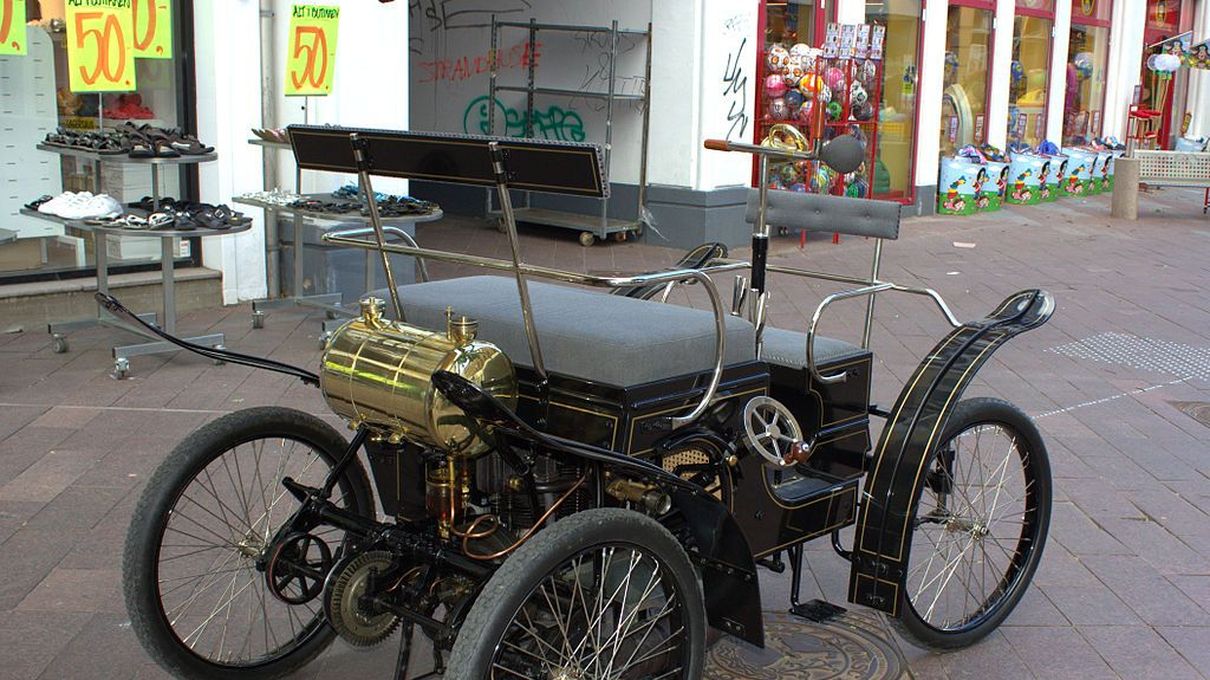 Hundreds of years later, when engineers carefully pieced together this vehicle from Leonardo’s ingenious plans, they found it might work remarkably well for a spin through the hills of northern Italy.