How Did Mozart’s Pet Bird Serve As Inspiration for His Compositions When He Played?

Mozart kept a starling in his home, and it helped him with his compositions. 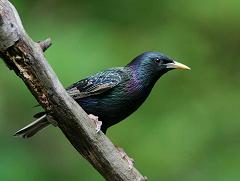 While he wrote and played, the starling would sometimes come up with variations of what Mozart was playing.

Giving his bird full credit, Mozart would find the bird’s contributions appealing and add them to his composition. When the bird died, Mozart gave it a funeral that included graveside prayers and hymns.

Birds, with their melodic twitters, have inspired a number of the classical composers. One of the most recognizable parts of Beethoven’s Fifth Symphony can be directly attributed to a bird’s song.

The opening of Beethoven’s Fifth Symphony is taken straight from the mouth of the white-breasted wood wren.

Inspiration is most fowl.