How did Napoleon Bonaparte escape from the island of Elba in 1815?

Napoleon Bonaparte abdicated on April 6, 1814, and the Allies attempted to determine his fate, according to the Treaty of Fontainebleau, signed six days later.

The Emperor (who might still call himself that) was to assume sovereignty not over an empire but over the little island of Elba, lying between Corsica and the western coast of Italy. There he could sit idle with a yearly pension of 2 million francs and a bodyguard of 400, ample property, and internal affairs to oversee.

Idleness, though, was never a consideration or a temptation. The 46-year-old general launched a large-scale new government, perhaps to impress the islanders, more likely to lead the vigilant Allies to believe he intended to stay put. 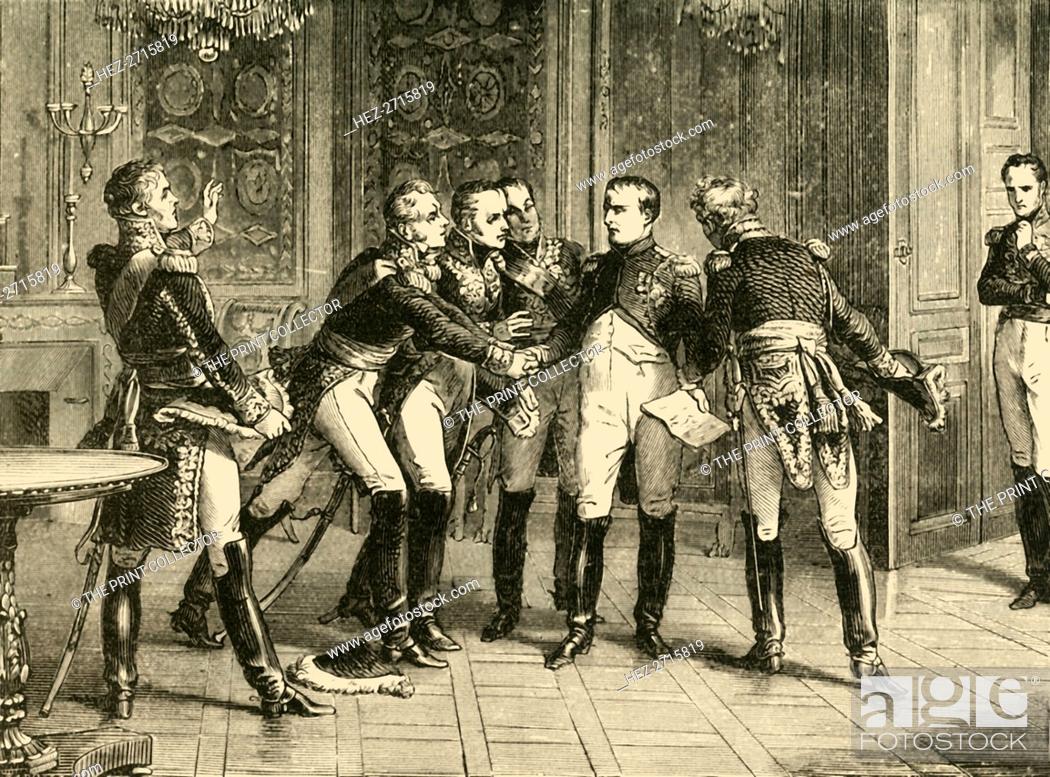 He rode tirelessly over the island, often starting at 5 A.M., to oversee the building of new bridges and roads, improvements in hygiene, communications, and agriculture. His nine months of exile were divided among the lovely Mulini palace overlooking the sea at Portoferraio (in which the flour warehouse was converted into a ballroom), a sumptuous country estate among the vineyards in the Valley of San Martino, and a mountain hermitage for the summer months.

Nevertheless, Napoleon missed the activity of Paris, the beautiful and admiring women, and the glory of conquest. Retirement was premature; he relinquished neither his ambition nor his patriotism. He was probably conspiring to return to the mainland from the moment he left it. While on Elba, Napoleon heard that the Allies favored his deportation to some more distant island; the promised 2 million francs did not appear; the King of Naples reported that the Italian people supported him, all this propelled the Emperor to act.

Napoleon had built up a small “army” around his nucleus of Old Guard members, adding recruits from Elba and Corsica and over 100 Polish cavalry and lancers. He oversaw a decrepit fleet of ships, the Inconstant, on which he had arrived, a postal boat, a chebec for carrying grain, a felucca to chase pirates, and a few more. The French were suspicious, of course, and the nearby town of Leghorn on the Italian mainland was a hotbed of espionage and counterespionage.

A number of chance, unrelated events during the winter of 1815 seemed to point the way for Napoleon’s escape. On January 12 a gale ripped the Inconstant from its moorings and drove it ashore, conveniently near Portoferraio, where repairs were begun. February 15 brought a mysterious sailor from the Gulf of Spezia who turned out to be a spy from Napoleon’s former minister M. Maret, Duc de Bassano, with news that the public desired his return.

On February 17, Colonel Sir Neil Campbell, the Allied Commissioner for England who kept a wary eye on Napoleon, sailed on the Partridge to the mainland to see a doctor, or, say some sources, to rendezvous with his mistress, the urbane Contessa Miniaci.

Immediately, Napoleon issued orders to ready his battered Inconstant: “Have her copper bottom inspected, her leaks stopped, her hull careened, and everything done to make her seaworthy,” he wrote to General Drouot. “Have her painted (i.e. with black port-lids) like an English brig. The brig must be re-armed, and stored with biscuit, rice, vegetables, cheese, drink—rations, half of brandy and half of wine, and three months’ water supply for 120 men.” When the Partridge loomed up on the horizon on February 24, the Emperor’s plans appeared thwarted, but only English tourists disembarked. Once it was ascertained that Sir Hugh was not on board, Napoleon made little effort to conceal his actions.

On February 26 crowds rushed through the streets of Portoferraio to the harborfront to watch the Emperor depart, and at 8 P.M. a cannon fired from the Inconstant announced that Napoleon was on board. Then a flotilla of six vessels carrying 1,050 soldiers and gendarmes and 100 civilians sailed quietly away from Elba with a soft wind behind them.

Napoleon scanned the horizon beneath the bright moon and a sky of stars. Only 50 miles away the Partridge sat becalmed, waiting for Campbell. And a mere 30 miles northwest of Elba lurked three French ships, one of which, the Zephyr, intercepted the Inconstant. Fortunately for Napoleon, his Captain Taillade was friendly with Zephyr’s captain and blithely told him they were making a routine run to Genoa. According to J. M. Thompson, this captain had not been given specific orders, and later claimed to have known the Emperor was on board.

Campbell eventually returned to Elba on the 28th, learned of the escape, and attempted a hot pursuit—only to be becalmed. Meanwhile, Napoleon stopped at Antibes, camped out under the stars, and enjoyed a welcoming tune by the band of the district’s Governor, who was out for a picnic.

At Cannes an angry butcher decided to do Napoleon in with a musket but the townsmen dissuaded him. On March 2, the Emperor headed over the mountain road to Grenoble. There, legend has it, Napoleon thrust his naked breast toward some threatening troops, exclaiming, “Soldiers, if there is one among you who wishes to kill his Emperor, he can do so: here I am!”

All along the way, for 18 days, Napoleon appealed to the French people and to the Army with his old bravado and fire.

“We have not been beaten,” he declared, “but betrayed. Shoulder once more the standards that you carried at Ulm, at Austerlitz, at Montmirail.” By the time Napoleon reached Fontainebleau, Louis XVIII had fled his capital.