How Did Stone Mountain In Georgia Form and What Is the Largest Bas-Relief In the World?

The monadnock was formed 300 million years ago when hot liquid rock, called magma, approached the Earth’s surface and later hardened. 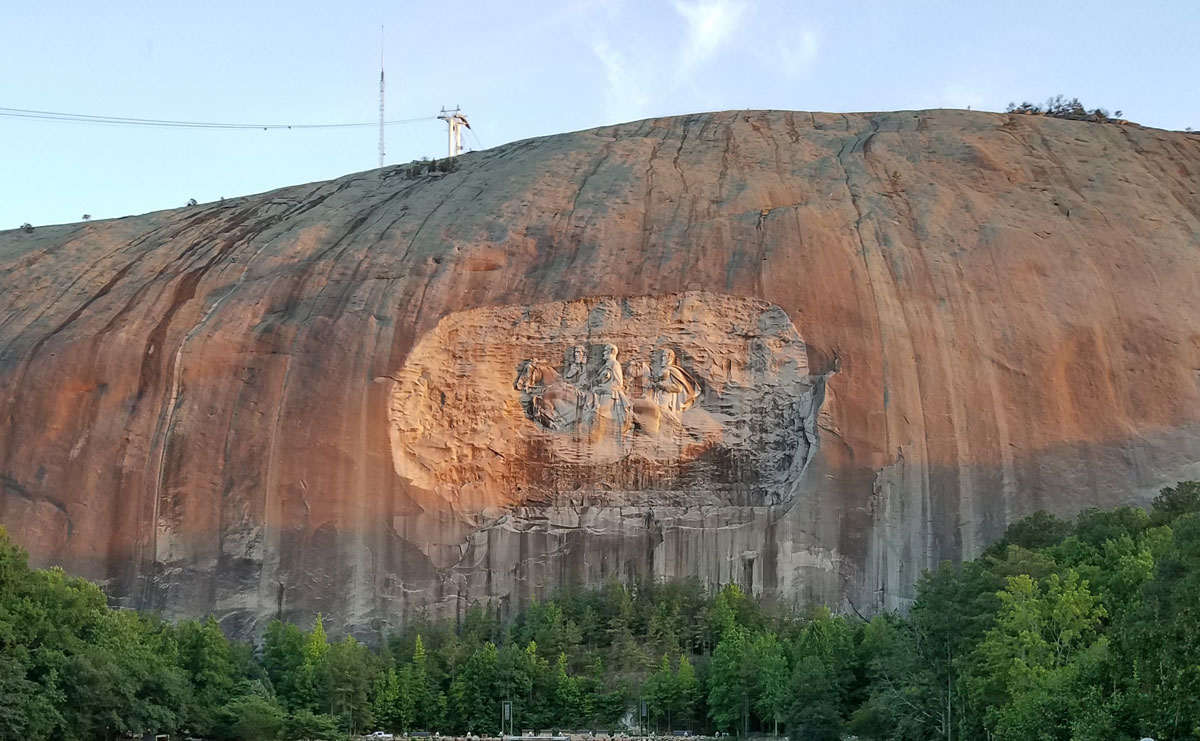 Granite was quarried at Stone Mountain until 1978.

Today Stone Mountain is a state park, and visitors come to see the world’s largest bas-relief carving on one side, a memorial to the South’s Civil War heroes, including Jefferson Davis, Robert E. Lee, and Stonewall Jackson.

Even though Stone Mountain reminds some people of Ayers Rock in Australia, these two rock outcroppings differ in several ways.