How Did the Ancient Egyptian Pharaohs Pay Homage To Horus and What Does the Word Pharaoh Mean?

The Egyptians believed that the pharaoh was the descendant of Ra and that he became Horus when he ruled over Egypt.

In this way, the pharaoh was considered a god while still on earth.

The title of Pharaoh started being used for the king during the New Kingdom during the middle of the eighteenth dynasty. 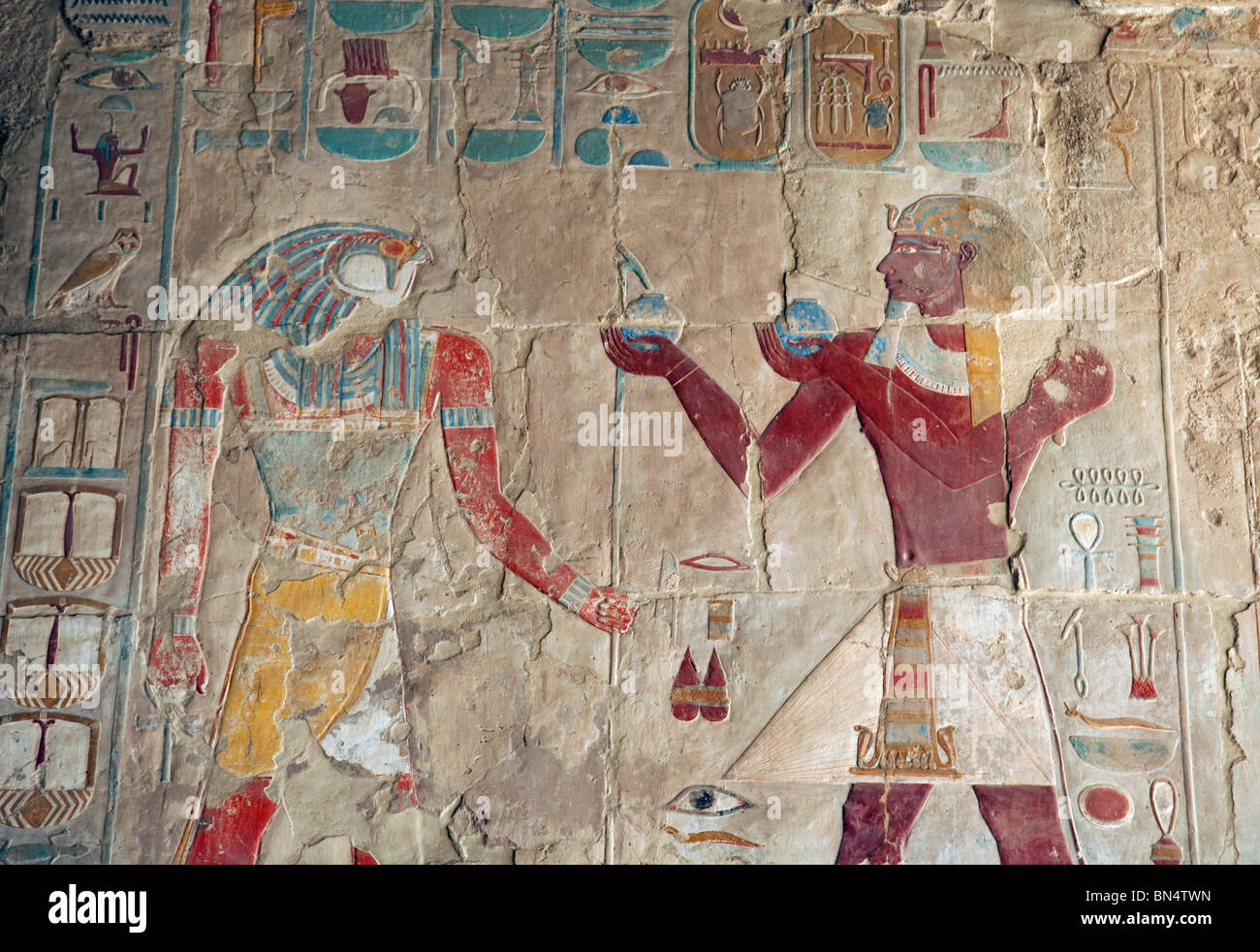 Horus served many functions in the Egyptian pantheon, most notably being the god of the Sky, god of War and god of Protection.

The word pharaoh comes from from the term “pr-aa” which means “great house” and describes the royal palace.

By the reign of Thutmose III in 1479 B.C. in the New Kingdom, the term pharaoh had become a form of address for the king.