How did the ancient Egyptians make a mummy and how long did it take?

In Egypt, making a rudimentary mummy was pretty easy because of the dry heat: All you had to do was bury the corpse in sand for a few months.

It would become so completely leatherized that it wouldn’t rot. That lucky accident worked well enough for centuries and continued to work for regular folk for centuries thereafter.

However, as time passed, Egypt’s pharaohs and poo-bahs became more grandiose in their afterlife plans. They insisted on elaborate burial crypts filled with stuff, in the hope that the “can’t take it with you” adage had some loopholes. 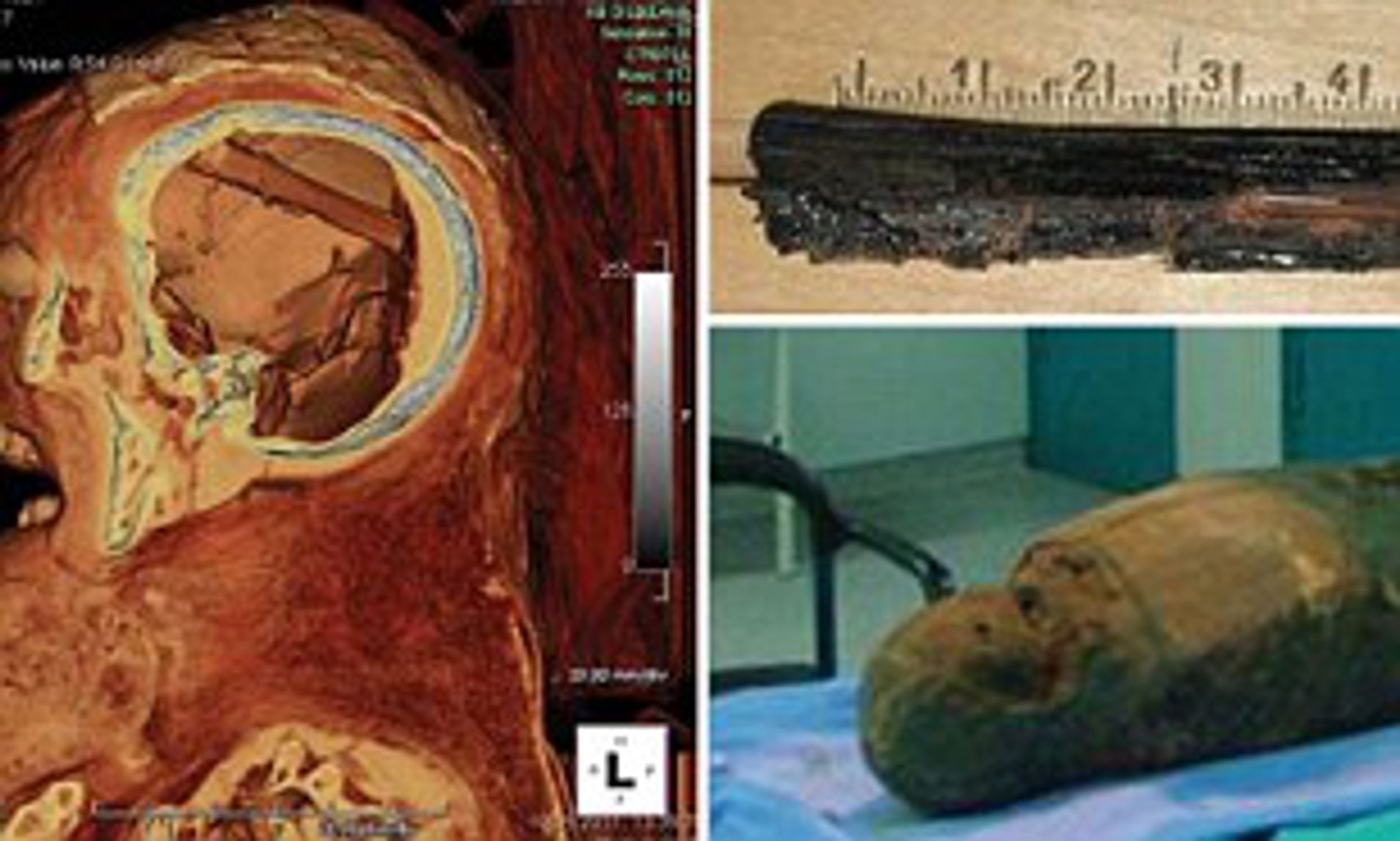 The problem with the crypts was that the bodies didn’t naturally mummify in the cool darkness; they rotted, and Egyptian pharaohs didn’t want to be saddled with a stinking, moldy body in the next world.

In response, the best minds of ancient Egypt worked out ways to mummify bodies that didn’t require months of repose in hot desert sand.

According to the Greek historian Herodotus—writing in about 450 B.C.—there were three different processes for mummification, depending on what price you were willing to pay.

The most expensive technique pulled out all the stops (and most of the organs)—the corpse’s brain was liquefied with a specialized whisk shoved up the nostrils and then poured out through the nose, and all of the innards but the heart were removed through a side incision made with a sharp flint knife.

Now-empty parts were filled with linen, sawdust, and mud, and the body was sprinkled with powdered natron, a naturally occurring salt compound that desiccated it in about 40 days.

Afterward, the body was anointed with oils and herbs and wrapped in linens saturated with pitch or beeswax. The leftover organs were placed in nearby jars, and the mummy was put into a customized case.

In the midrange method, the process was similar, but the organs weren’t removed, and the body was merely injected with cedar oil before wrapping. Finally, the cheapest method was the functional equivalent of burying the body in hot sand.

The body was simply dried out intact, without the secret herbs and spices or custom container.