The Kookaburra song, “Kookaburra sits in the old gum tree” is a popular Australian nursery rhyme and round about the Kookaburra bird, and was written by Marion Sinclair. 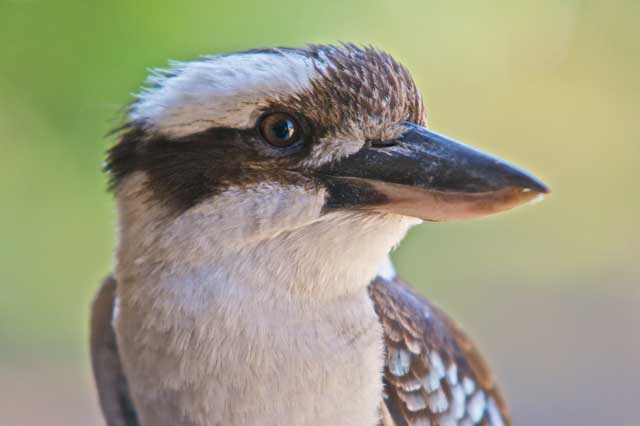 The Kookaburra got its name from name from the Wiradjuri word “guuguubarra”, which sounds like its call.

The gum tree is another name for the eucalyptus tree that is so beloved by koalas. Gumdrops are the fragrant seedpods.

However, kookaburras don’t really eat them except in the lyrics of songs, instead they mostly eat large insects, mice, birds, snakes, and occasionally fish.

At least the song has the laughing part about right, the kookaburra’s common nickname is “laughing jackass,” and with its braying it is considered a noisy pest in the quiet residential neighborhoods of Australia.

You’ve probably heard the bird on television and movie sound tracks, its raucous laugh often shows up as a sound effect in jungle scenes set in Africa or South America, thousands of miles away from its native land.