How many Sheep are there in New Zealand Compared to the Number of People who Live There? 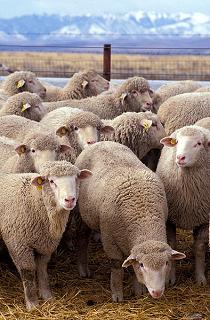 Sheep are an iconic part of New Zealand’s culture and economy and it has the highest density of sheep per capita.

In New Zealand, February 15th was declared official National Lamb Day in 2007 to celebrate the country’s history of sheep production.

Today it has shifted to meat production for export, although wool was once the primary income source for New Zealand sheep owners, especially during the New Zealand wool boom.

Flocks of sheep in New Zealand flocks are kept in a fashion similar to English ones, in fenced holdings without shepherds.