How Did the Portuguese Man Of War Jellyfish Get Its Name and How Poisonous Is Its Venom vs a Cobra?

The Portuguese Man of War is a marine invertebrate also known as Physalia physalis from the Physaliidae family, and is very similar to a jellyfish but isn’t. 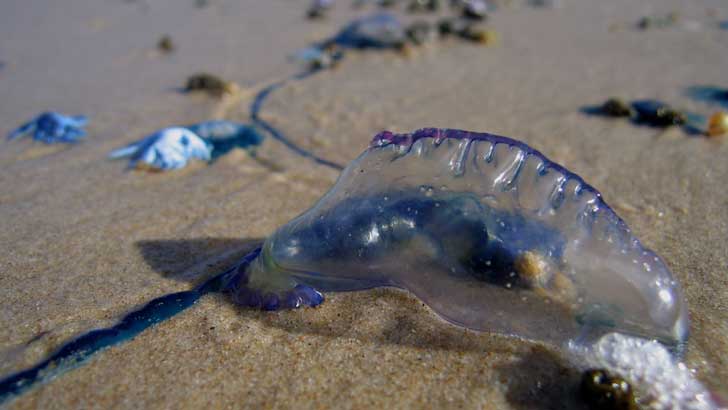 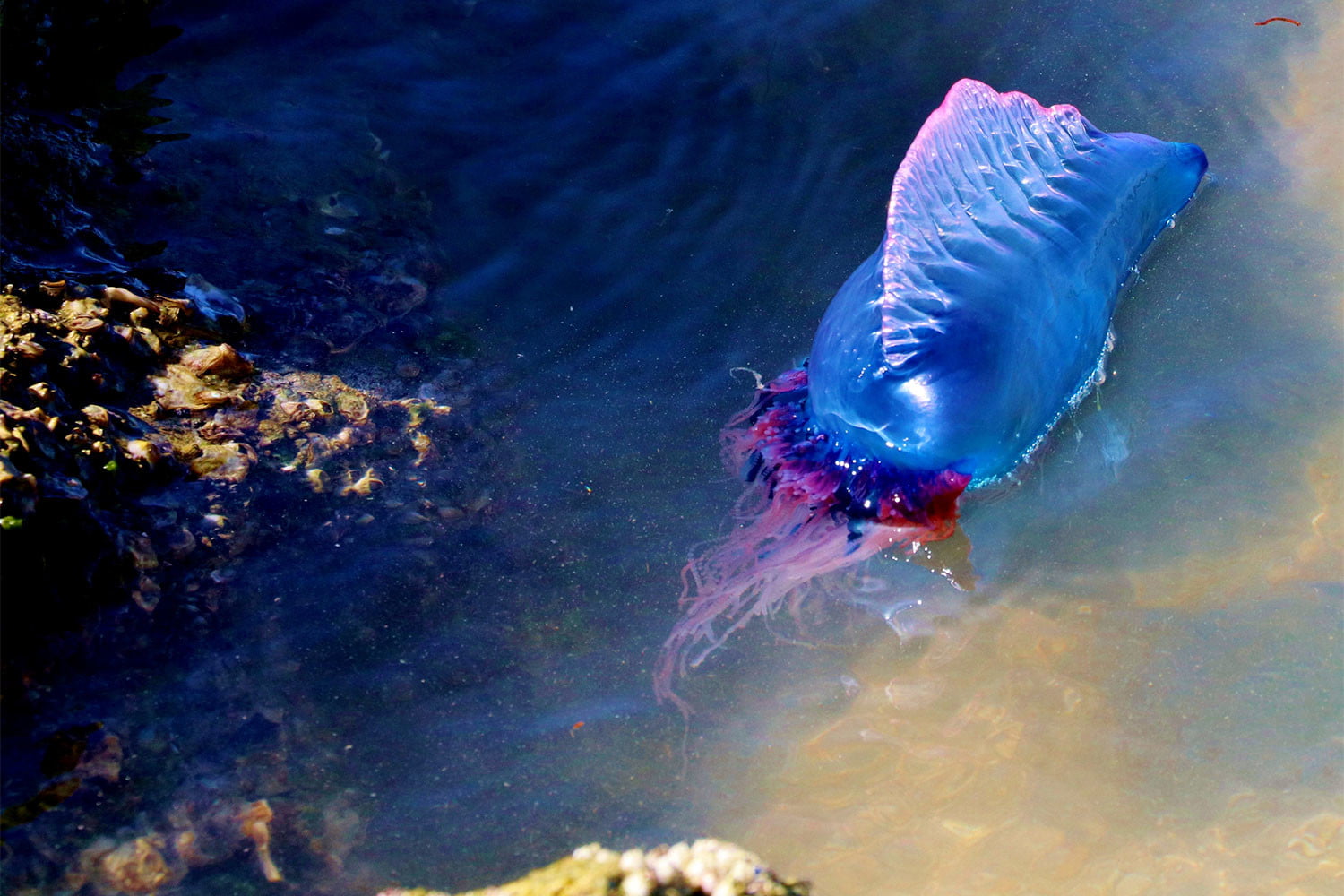 Notorious for having a painful sting, The Portuguese Man of War is often found swarming in hundreds in the tropical waters in the Atlantic and pacific Oceans.

Although painful, the Portuguese Man of War’s venom is not as potent as the cobra’s.

Although the sting is rarely fatal, it can cause extreme pain, severe skin rash, nausea, and breathing difficulties. However, the Portuguese Man of War can still sting even when washed up on the beach.

That’s because its modular nature allows some parts to stay alive, active, and ornery, even though other parts might be dead or dying.

So unlike a dead cobra, a “dead” Portuguese Man of War can strike out and sting you silly.

Some fish like the clown fish are able to live among the tentacles of the Portuguese Man of War and have a symbiotic relationship. The clown fish’s mucus does not trigger the nematocysts, and is immune to the poison from the stinging cells.

The Portuguese Man of War is responsible for up to 10,000 human stings in Australia every year, and its predators include the Loggerhead Turtle which has skin that is too thick for the sting to penetrate.