How did the Tasmanian Devil get its Name and Where does it Come From?

The Tasmanian devil is the largest carnivorous marsupial in the world and can only be found in the Australian island state of Tasmania. 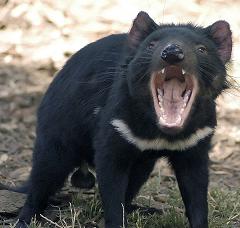 Stocky and muscular and the size of a small dog, Tasmanian devils have black fur, smell bad when threatened, and has an extremely loud and disturbing screech. 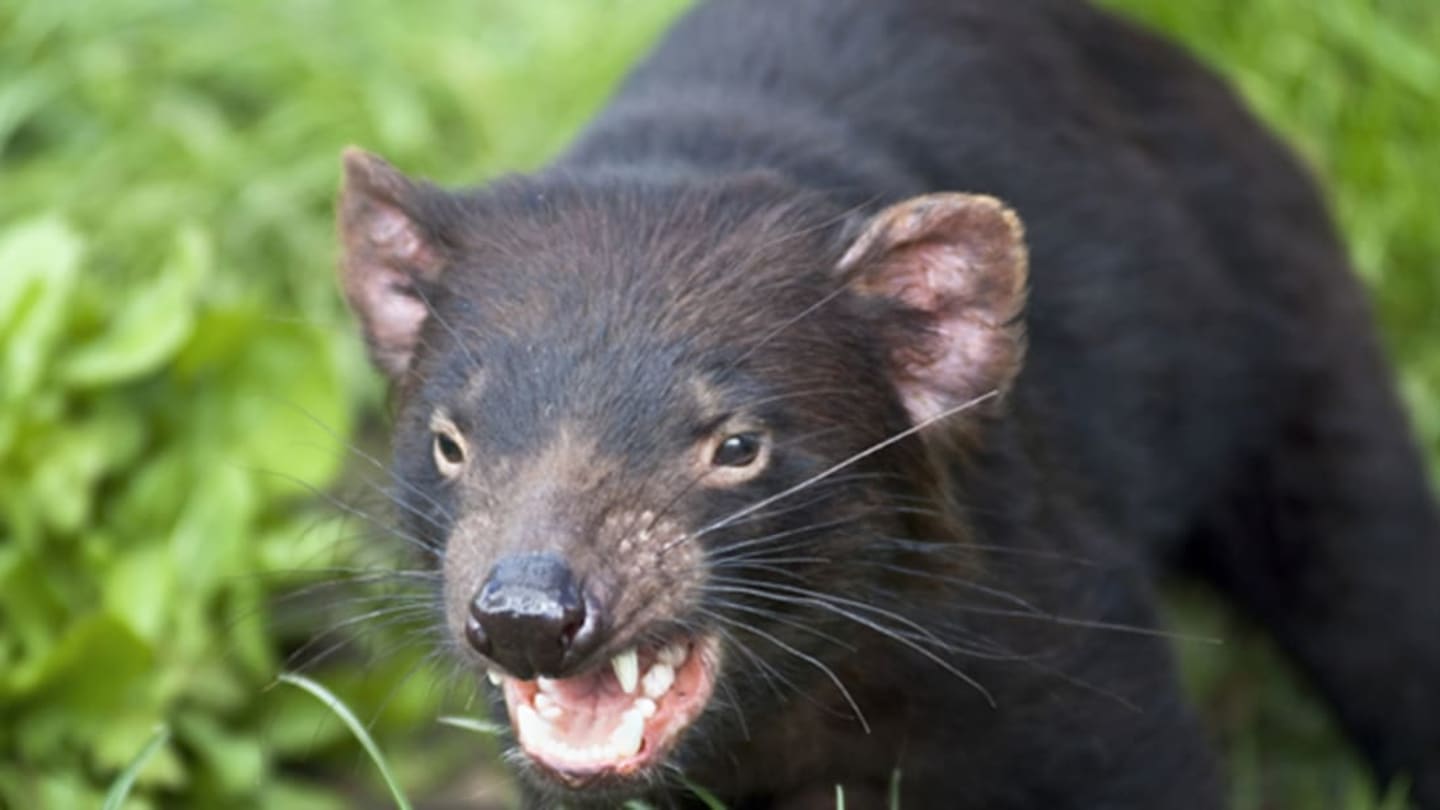 Just like the cartoon, Tasmanian devils are about as aggressive as portrayed on the screen. They have sharp teeth, strong mouths, and a bad attitude, and they kill their prey by clamping down on the back of the head and crushing the skull.

The Tasmanian devil is usually solitary and got its name from the devilish scream it makes when defending its kill or fighting with other Devils.

Besides hunting wallabies and possums, the Tasmanian devil will also eat any carrion it finds, bones and all.

The strange thing is that the devils are as aggressive to each other as they are to their prey. This is true from the moment of birth. As marsupials, they’re born just a little bigger in size than a grain of rice.

That’s not necessarily a problem, since they only have three inches to travel from their mother’s birth canal to her pouch and nipple. The bad news is that as many as fifty babies are born at a time, and there are only four teats available.

The brothers and sisters jostle each other in a mortal race, the first four clamp inseparably onto the nipples, and the rest die of starvation.

After six months, those lucky and aggressive four become independent of their mothers, but then they have new worries.

A high proportion of these young marsupials get attacked and killed by adults of their own species. Tasmanian devils have pink ears that turn bright red when they’re angry and powerful jaws that can crush bones, allowing them to devour whole animal carcasses, meat, fur, bone, and all.

That is, if another Tasmanian devil doesn’t kill it first. Mortal combat over carcasses is not at all uncommon.

Makes the cartoon Taz look warm and fuzzy by comparison.

What’s interesting is how well Warner Brothers voice man Mel Blanc managed to get the sound of a Tasmanian devil right, a cross between Scooby Doo and an accelerating Harley.

The Devil You Say.