How do Animal Trainers at Aquariums Train Killer Whales to Jump out of Water onto Dry Land?

It isn’t that hard to train animals and even killer whales.

Animal trainers observe natural behaviors and reward those they seek to get the animal to perform again on cue. But when in nature would killer whales encounter a situation where they would deliberately beach themselves and still survive?

After all, whales that beach themselves in nature usually do it accidentally, disoriented, scientists believe, by sickness, water turbulence, or even fluctuations in the earth’s magnetic waves from sunspots. 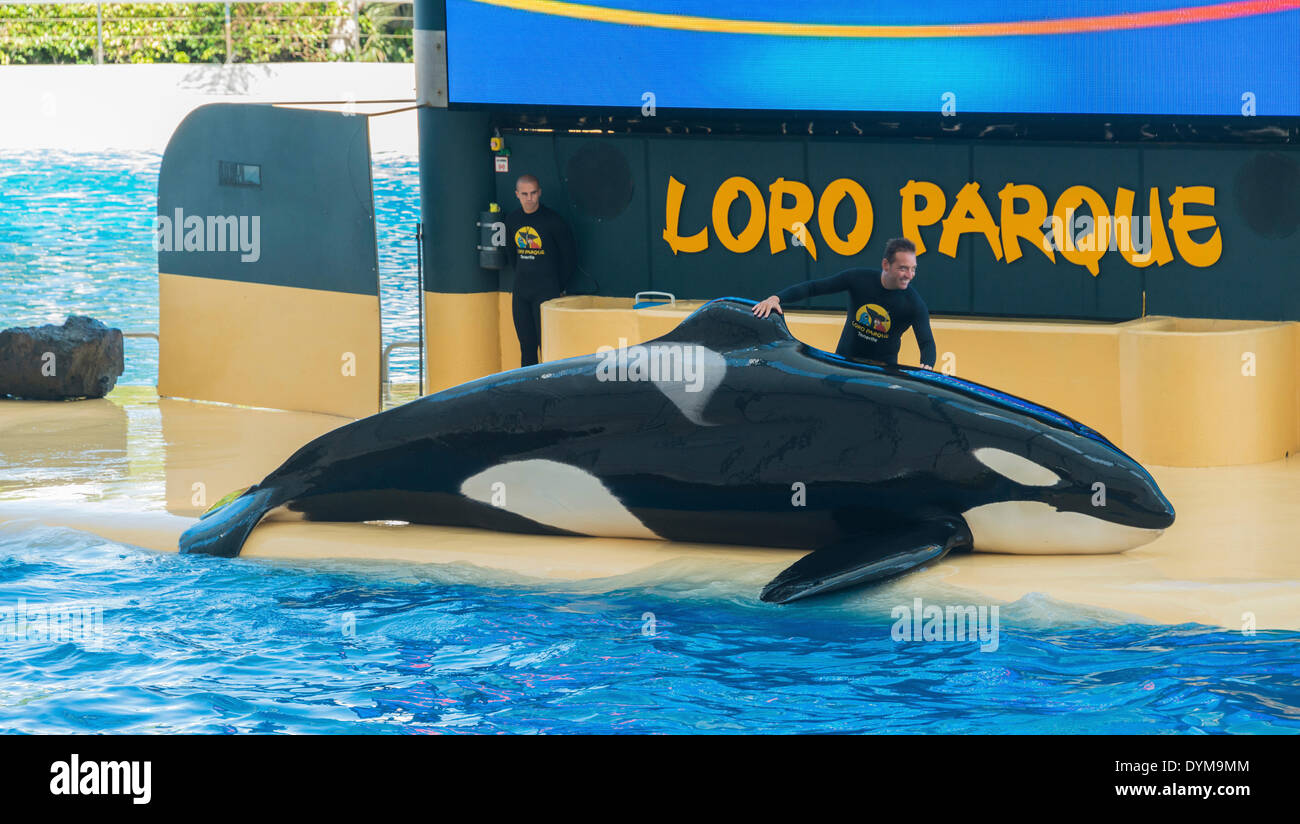 Whales that are beached in the wild usually end up dying, since they are often unable to free themselves, so any natural proclivity toward self-beaching shouldn’t survive within the species for long.

However, there are exceptions to that general rule, and the killer whale is one of them. To begin with, killer whales aren’t really whales. It turns out that they’re a kind of dolphin, so people who are hip to what’s shaking in the marine world now call them orcas.

This is an important distinction in that as non-whales, they don’t have to swim around sucking up huge quantities of krill, but can go looking for red meat instead. And so they do.

These cute black-and-white dolphins ruthlessly live up to their “killer” name.

They’ll attack whales much bigger than themselves, for example, grabbing them by the mouth and ripping out their lips and tongues. They’ll ram ice floes with great force to dislodge seals, penguins, and in at least one case, dogs, hoping they’ll fall into the water and thus into their deadly grasp.

There are even reports of orcas turning traitor, helping human whalers trap whales in exchange for a cut of the meat. Them orcas is no good, we tells ya.

Believe it or not, this is all relevant to answering your question. In their relentless quest for fresh meat, orcas do sometimes beach themselves naturally. It’s one of their favorite maneuvers at seal breeding grounds.

Imagine the confusion at the local seal beach when a giant killer whale suddenly leaps out of the water and belly-flops into their midst with a great thrashing and gnashing of teeth. After chomping down on a few cute little seal babies, the orca can use its powerful fins to slide back into the dark waters.

This is the natural behavior that animal trainers reinforce. You may want to keep this in mind the next time you attend a water show and someone asks for a volunteer to hold up a fish.

Maybe We Should Keep Willy Locked Up after All.