How do officials know if a runner does a false start in an Olympic 100 meter sprint?

A one-hundred-meter race lasts about ten seconds, so the difference between first and last place may be mere tenths of a second.

The incentive is high to get out of the starting blocks as fast as possible, but if a sprinter false-starts more than once in a race, he is automatically disqualified. False starts just make the other runners skittish.

The starters are responsible for judging whether a runner moved before the gun was fired, and for the most part they do that with the naked eye. Like an offsides referee in a football game, or an umpire in baseball, they’ve watched so many races they can detect a runner’s slightest motion in the blocks. 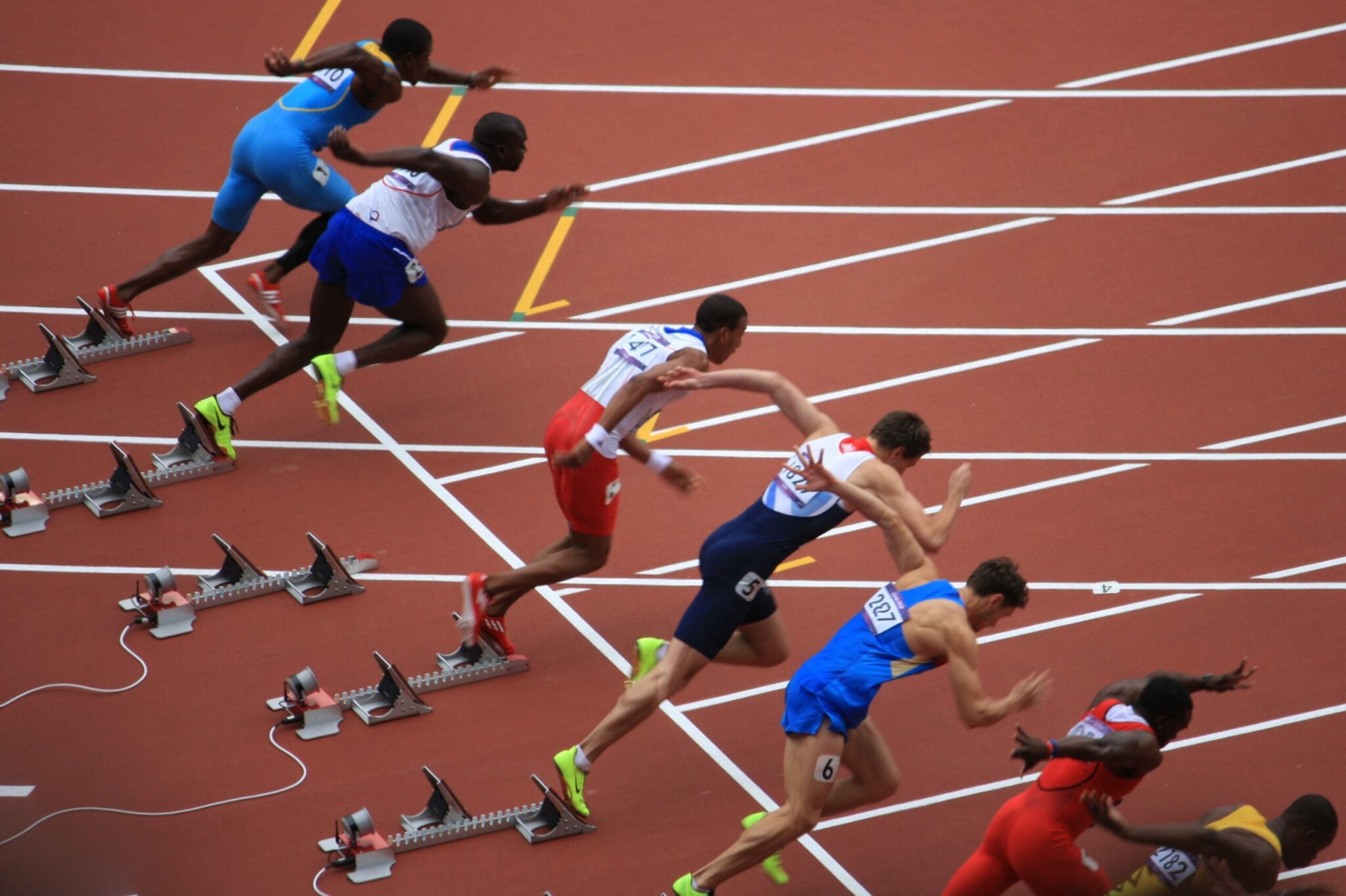 The best of them can keep the runners calm and release them smoothly out of the tense “set” position and into the race. Basically, starters are not “trying to fool the runners,” says Olympic sprinting coach Mel Rosen.

If a runner pushes off the pads before the gun is fired (or too soon afterwards to be within possible human reaction time), the starter hears a tone and calls a false start. Usually the starter uses the information only to double-check the lane number in which a false start occurred.

Human reaction time is a bit tricky to define categorically, especially when Olympic athletes are the humans reacting. The electric starting blocks at the second World Championships in Athletics in Rome in 1987 were set for a reaction time of 0.120 of a second, or 120 milliseconds.

Canadian sprinter Ben Johnson left the blocks 109 milliseconds after the gun was fired but before the set human-reaction time. The starter did not call a false start, and film footage from the race confirmed the starter’s judgment. Johnson just happens to react fast, and run fast. He placed first in the race.

Coach Rosen noted, however, that Johnson uses an unorthodox start: he throws forward his hands, under which, of course, there are no pressure-sensitive starting blocks.