How do doctors remove gallstones in the gallbladder without operating using Lithotripsy?

Gallstones develop when bile in the gallbladder, a muscular little digestive organ tucked away behind the liver, becomes oversaturated with cholesterol.

The gallbladder stores digestive bile from the liver, and too much cholesterol causes the bile to crystallize, a condition that leads to gallstones. Without treatment, gallstones can reach a size of two inches in diameter. Each year, about half a million of the twenty million or so people in the United States who suffer from gallstones require serious medical attention for their attacks.

Surgical removal of the gallbladder remains the most common procedure, but in recent years some less painful and less expensive treatments have been developed. Lithotripsy gets rid of gallstones by pulverizing them with shock waves; ether dissolves gallstones when it is injected directly into the gallbladder; a drug called ursodiol can be taken orally to dissolve gallstones. 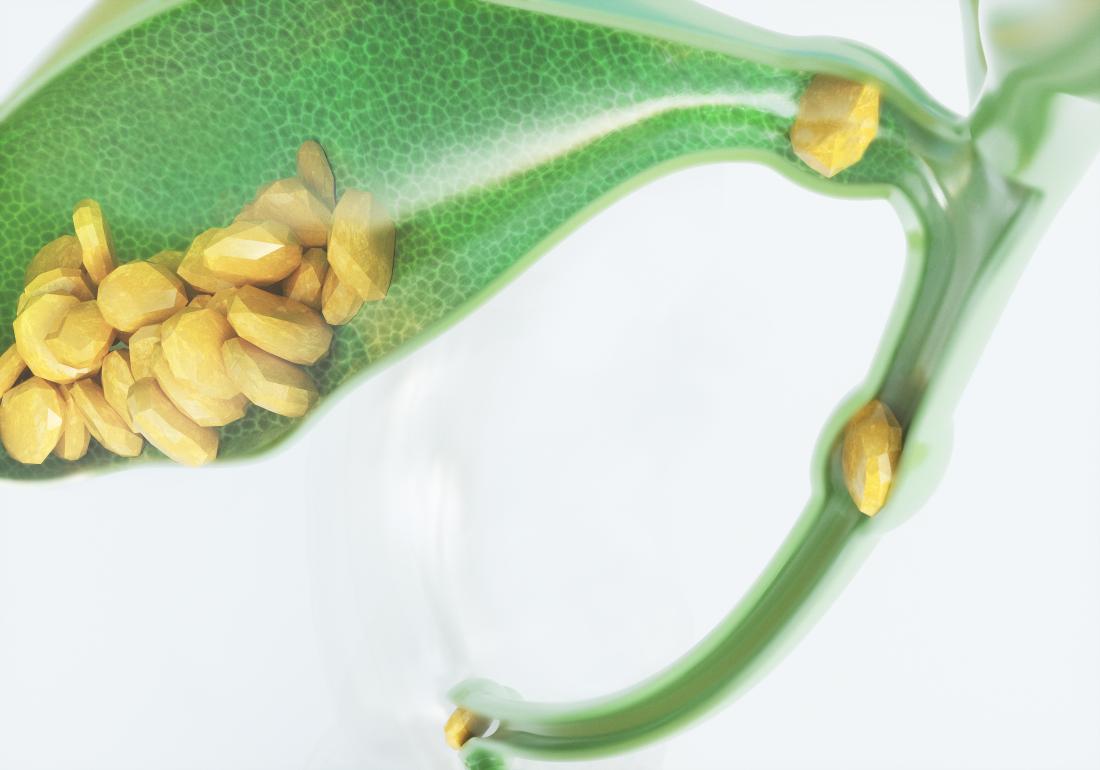 Lithotripsy, a word whose Greek roots mean “stone grinding,” was developed in the 1970s in Germany to treat kidney stones, and has since been adapted for use on gallstones in this country.

The treatment works on the same principle as earthquakes: shock waves move by displacing particles in their path; if shock waves displace enough particles when they pass through a solid object, the object will collapse. With gallstones, it generally takes about an hour and as many 1,400 shock waves to crush the stones into grains of sand small enough to pass through the gastrointestinal tract.

Before shock waves can be aimed at a patient’s gallstones, the exact position of the stones within the gallbladder must be mapped by ultrasound. Once the doctor has located the offending stones, the patient, usually under mild sedation but not anesthetized, is connected to the lithotripsy machine via a water cushion.

The machine generates shock waves, which pass easily through the cushion and the patient’s body (human tissue has roughly the same density as water) until they reach the stones. The stones offer more resistance to the shock waves than healthy tissue does; as a result, the gallstones are jarred violently.

Eventually, the gallstones collapse. The patient remains fully conscious throughout the procedure and can usually feel a jolting sensation within the abdomen, but no pain. Recovery from lithotripsy is virtually immediate, whereas it may take a patient more than a month to recover from surgery.

Ether treatment, whereby a patient’s gallbladder is cleaned by direct injection of liquid ether, requires hospitalization for the duration of the treatment, usually a few days, but is still far less severe than surgery. It is an efficient procedure, akin to saving a dirty cooking pot by scrubbing it with a cleansing agent rather than throwing it away.

Ursodiol treatment, like ether, dissolves gallstones; while ether does it almost instantly, ursodiol treatment takes six to twenty-four months, the advantage being the patient need not be hospitalized.