How do phone companies make telephones for the deaf and What does TDD stand for?

A telecommunication device for the deaf, or TDD as they are commonly called, allows a conversation to be typed over the phone lines, permitting people with impaired hearing to read incoming messages.

The devices, which resemble portable electric typewriters, are equipped with keyboards, light-emitting diode (LED) character displays that show the text electronically, and modems that convert TDD impulses into acoustic tones.

Instead of talking into the phone receiver, a TDD user places the telephone handset in the TDD modem and types out his message. The modem converts the typed message into electric impulses and sends them through the phone line to a receiving TDD, which translates the impulses back into words and displays the message on the receiver’s screen. 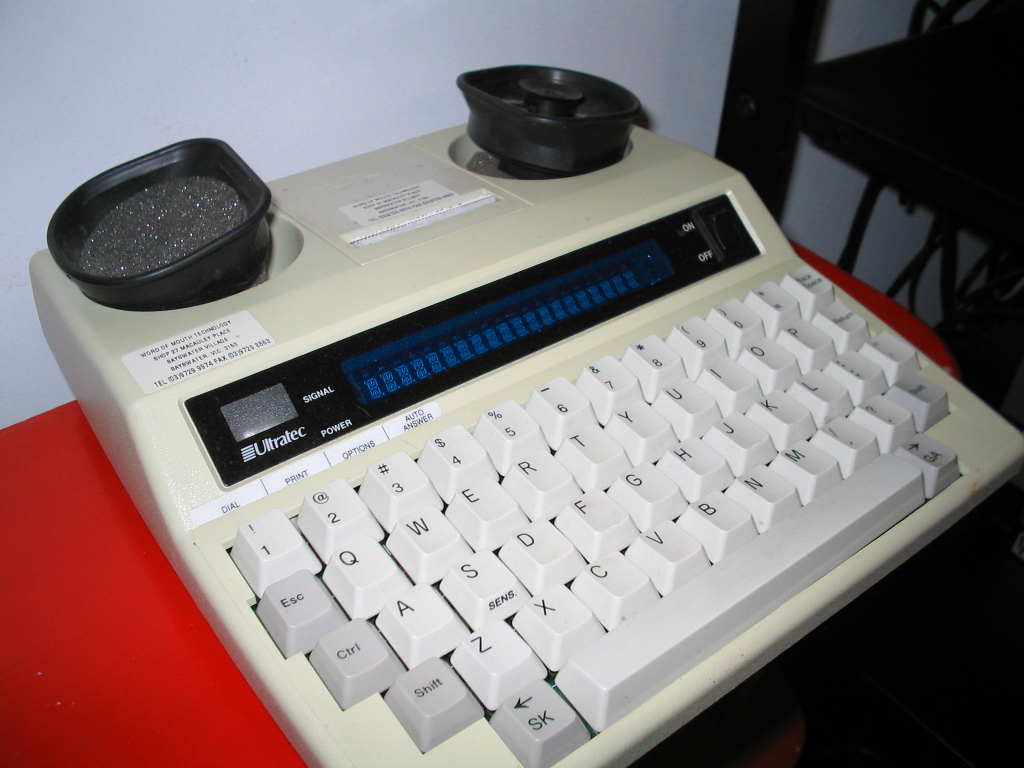 The recipient can then type out a response and send it back to the person on the other end of the line. The setup is akin to a personal Western Union, enabling a deaf person to send and receive telegrams at home.

Like other electronic appliances and computers, TDDs are plugged into ordinary wall outlets; they can be connected to any phone. Most of the newer models are battery operable, a feature that enables them to go and be used anywhere, even at public pay phones, where there might not be a wall socket. The latest portable units are only slightly larger than a calculator, small enough to slip inside a jacket pocket or a purse.

In the United States, the two largest manufacturers of TDDs are Krown Research and Ultratec, each of which produces a wide
variety of machines.

Depending on the model, a TDD might include such functions as a built-in printer for producing hard copy of conversations, and “direct coupling”, linkage through a standard modular telephone cord, which eliminates the need for a traditional telephone set. Some of the more advanced devices can be hooked up to computers or television sets to display more lines of type.

A phone system, no matter how advanced, is useless if it doesn’t inform the owner of incoming calls. To get around the obvious problem of how to let a deaf person know when the phone is ringing, TDDs are commonly used in tandem with signaling devices that cause lights to flash when a call comes in. The signaler is a small free-standing box, about the size of a transistor radio, into which a lamp can be plugged.

When the phone rings the lamp begins to flash. The main signaler, which must be plugged in near the phone, can also transmit messages to receivers arranged throughout the house, setting off multiple blinking lamps.

The biggest restraint to TDD use is that the devices can communicate only with other TDDs, a considerable dilemma for the nation’s twenty-one million deaf and hard-of-hearing people. Through the efforts of such groups as the National Association for the Deaf, though, more and more businesses and public facilities, like airports, are installing TDDs.