Where does Margarine come from and How do they make Margarine taste like butter?

Everybody has a different interpretation of butter flavor,” says Dr. Peter Freund, manager of product applications at Chr. Hansen’s Laboratory, Inc., in Milwaukee.

Your interpretation is influenced by the butter you were raised on, the type of dairy cows bred where you grew up, the fodder they ate, and even the amount of time butter was allowed to sit during processing.

While butter is derived from animal fats, margarine, butter’s close imitation, is made from the oils of vegetables. In an attempt to minimize the difference in taste, margarine manufacturers buy from laboratories such as Hansen’s a host of pastes and liquid flavor additives. 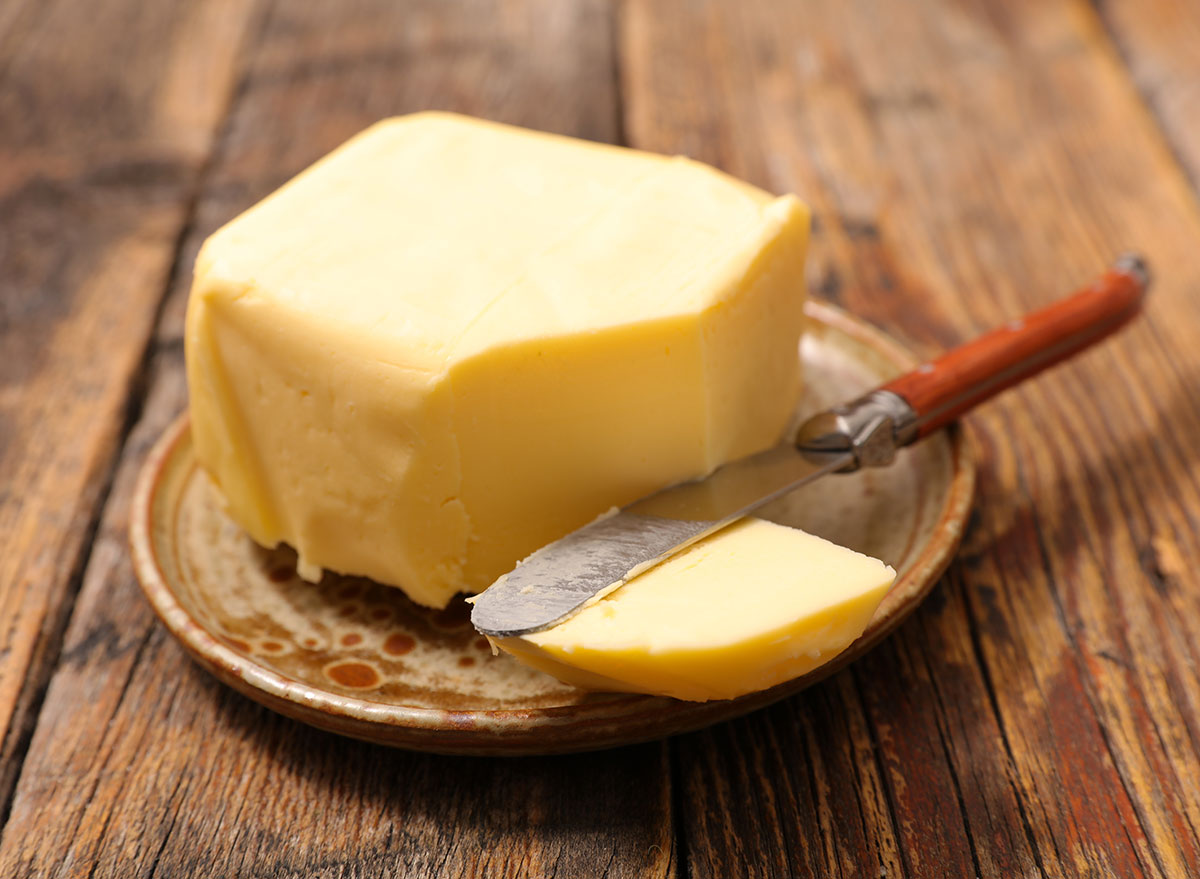 Hansen’s offers “theater butter,” “buttered corn-on-the-cob,” and so on. These flavor combinations are added in trace amounts to margarine to produce what taste specialists call flavor and aroma “notes.” The “top notes” are made of quickly evaporating compounds that work as much on your sense of smell as on your sense of taste.

The “bottom notes” are derived from butterfat and free fatty acids. These provide the round, rich taste you associate with butter, a flavor you sense in the back of your throat.

The strongest top note in butter comes from a yellowish-green liquid called diacetyl, one of the products of bacteria fermentation of dairy foods. Butter naturally contains “friendly” bacteria and diacetyl, but margarine doesn’t, so flavor companies make up bottles and drums of the liquid in combination with other flavors.

One common method for doing this uses a “starter distillate”: first, bacteria are grown in milk and then the diacetyl and other flavors are steam-distilled off in highly concentrated form. An other method uses bacterial fermentation on a nondairy medium; a third synthesizes the diacetyl chemically.

But before you health enthusiasts gasp in horror, let it be said that the fat is treated with an enzyme called lipase to break off fatty acids, which in the right combination give the taste you recognize as buttery. The source for the lipase has a lot to do with getting that combination, a favored one is the salivary glands of kid goats.

Finally, salt makes up about one and a half percent of butter, and is usually added in about that percentage to margarine. You’d notice a difference without it, except that extra amounts of diacetyl are commonly added to low-salt and no-salt margarines to jack up their taste even more.