How do Paleontologists tell what a dinosaur looked like from a single bone?

When dinosaur expert Dr. James Jensen of Brigham Young University unearthed the “Ultrasaurus,” the biggest creature ever to walk the earth, in an ancient Colorado riverbed, all he really found was a shoulder blade.

How could he know what the rest of the animal looked like, much less that it was the biggest monster on land?

“You’ve got to understand something about the body: it really is a machine,” Jensen said. “The muscles act like cables, and the nerves are literally an electrical system. You look at a bone and see how thick it had to be, where the muscles and tendons were attached (they leave grooves in the bone), where there are holes for nerve passageways; you look at the joint on the end to see how it moved. You ask yourself, ‘What did this machine part do?’ It’s really just like everyday life: you can tell a pencil sharpener from an egg beater, can’t you?” 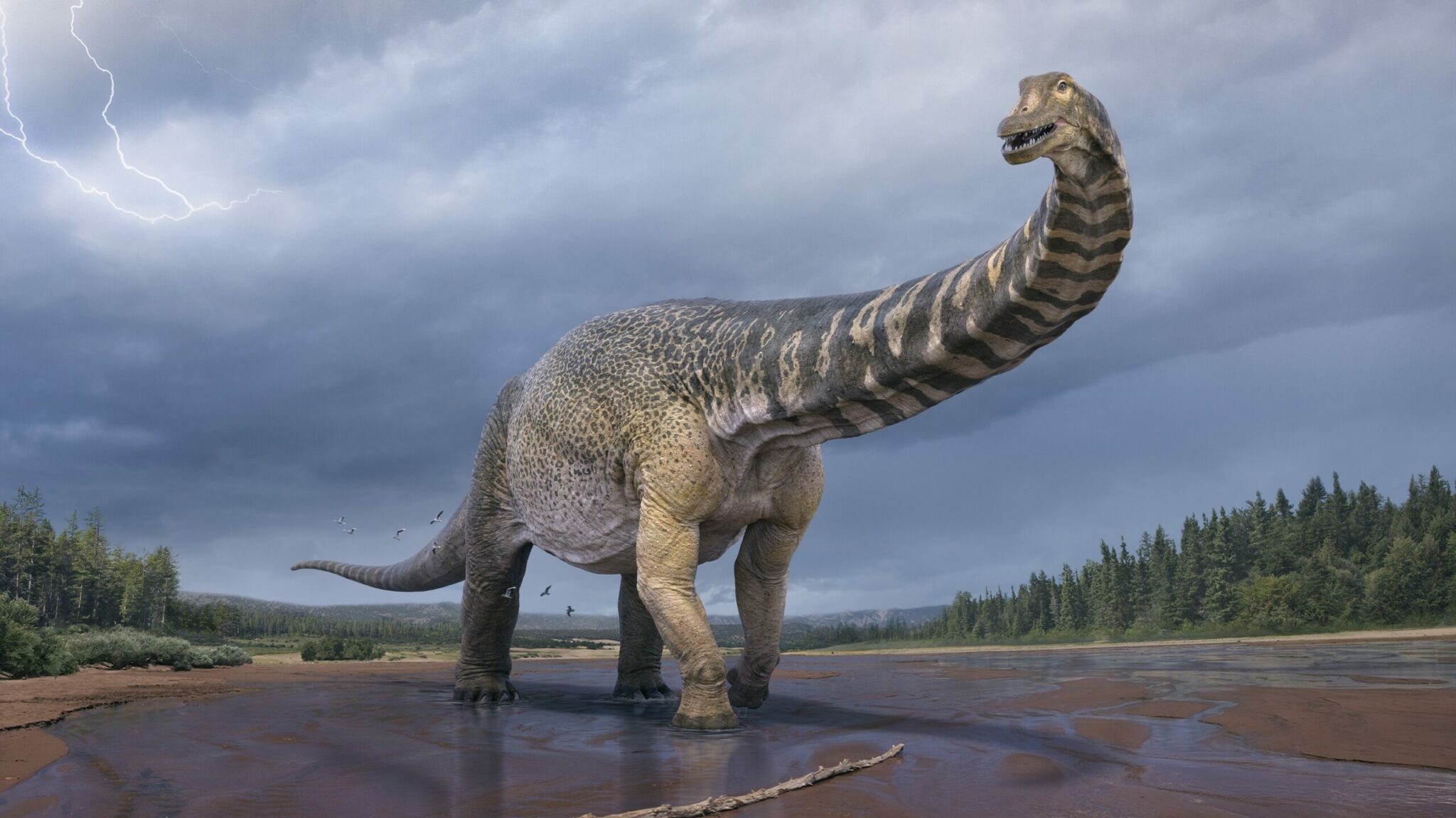 When Dr. Jensen, called “Dinosaur Jim” by his colleagues, made paleontological history in 1979 by finding the 9 foot long scapula of a brachiosaurid, he nicknamed the creature “Ultrasaurus.”

He says it was a vegetarian, weighing 80 tons and standing 60 feet high, tall enough to poke its head casually into a fifth story window. Jensen deduced its dimensions by extrapolating from a more complete skeleton of a smaller species of brachiosaurid, which had similarly shaped shoulder blades.

“You have to be a good parts man; it’s something that comes with experience. Same way a good mechanic can look at a carburetor and tell you how big a car it ran.” A shoulder blade does a certain job in a skeleton, supporting a certain amount of weight; knowing the size and shape of the smaller brachiosaurid, which Jensen dubbed “Supersaurus,” he could tell that a larger scapula must have come from an even larger “Ultrasaurus.”

Many things are known about extinct creatures from observing the animals in today’s world: the shape and strength of bone used in a given area of the body, which indicate the shape and function of the flesh covering it; joint structure, as a clue to eating habits, vegetarians tend to munch using the head alone, whereas carnivores often have forelimbs that can bend toward the head, to enable them to put bits of flesh into their mouths; size, as a clue to metabolism, very large animals can afford to move slowly, effortlessly absorbing heat from the sun with their huge bodies, instead of generating it themselves as a small animal must. Small creatures tend to move fast to keep warm, whereas larger ones, such as elephants, bears, crocodiles, and big snakes, are lazy by comparison.

Dinosaurs moved very slowly indeed, according to Jensen, and were cold blooded, generating no heat in their own bodies and depending on the environment for warmth.