How is nonalcoholic beer made and How does vacuum distillation work?

Legally speaking, in the United States there is no such thing as nonalcoholic beer. According to government definition a nonalcoholic drink is a beverage that contains no alcohol of any sort.

The law also maintains that a beverage containing less than 0.5 percent ethanol cannot be called beer. The end result is a semantic issue, which brewers of alcohol-free drinks that look like beer, come in six-packs like beer, smell like beer, and taste more or less like beer, resolve by calling their products “nonalcoholic malt beverages.”

Nonalcoholic beverages and low-alcohol beers have been around since Prohibition, but no one ever mistook them for the real thing and they remained largely shunned. In recent years, however, a surging national awareness of health and fitness has created a viable market for alcohol substitutes, and now brewers are applying new technologies to the quest for a really good, beery, nonintoxicating brew. 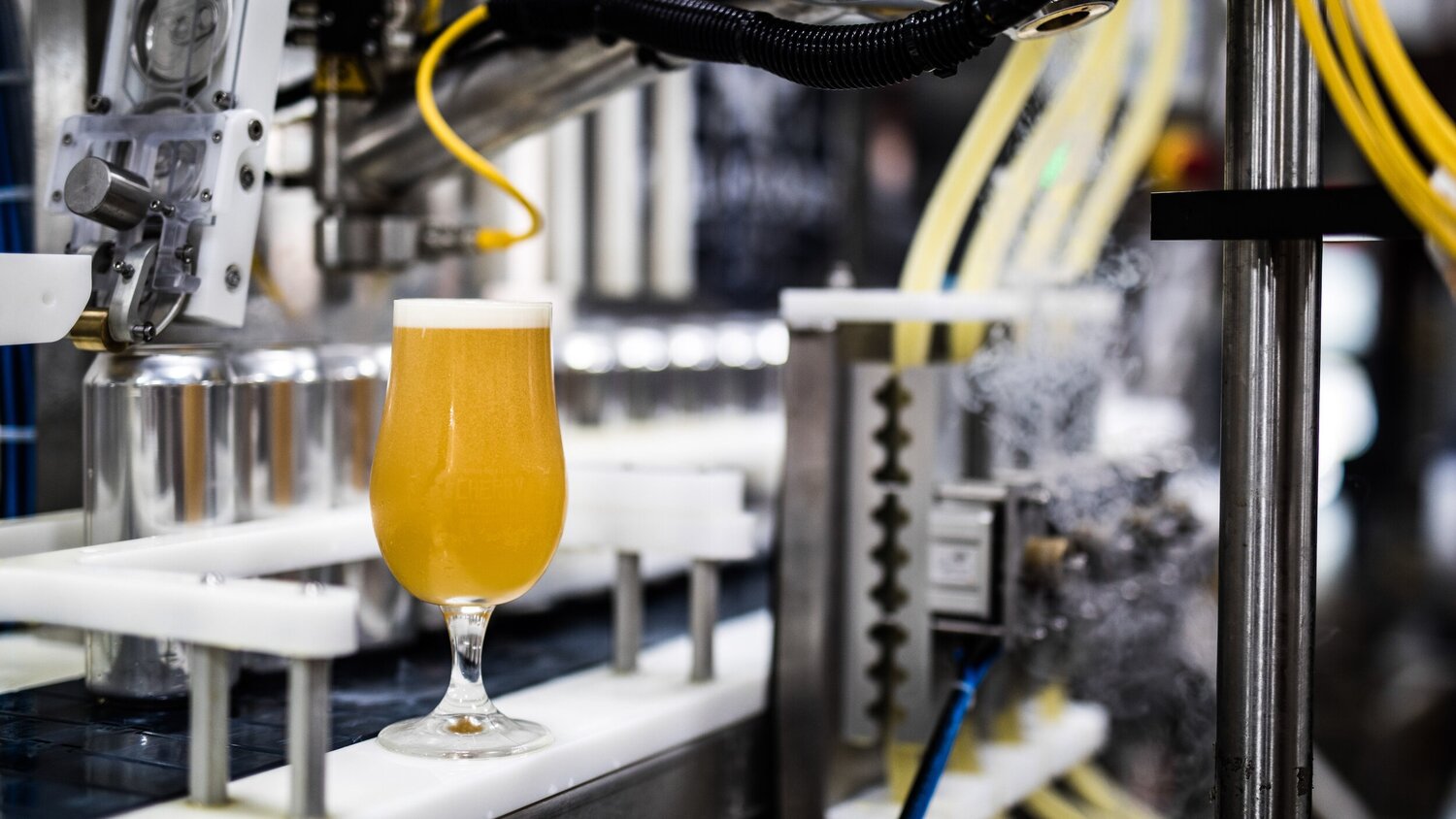 There are two ways to make nonalcoholic malt beverages. They can be specially brewed to avoid alcohol, or they can be brewed as normal beer, with the alcohol removed later. However it is done, something must be used to compensate for the missing alcohol, which adds to both the flavor of beer and its characteristic foaminess.

Beer is made by steeping a mixture of barley and hops, called mash, in hot water to produce wort. The liquid wort, high in organic sugars and enzymes, is caused to ferment by adding yeast to it. The fermentation process turns sugar into alcohol and carbon dioxide, producing the foamy, slightly bitter drink enjoyed the world around.

There are a few basic ways a brewer can prevent alcohol from forming in the wort, and thereby brew a nonalcoholic beverage.
He can use a weak, low-sugar wort, devoid of the ingredients yeast feeds on to produce alcohol. He can refrain from adding
yeast. Or he can add yeast but do so under conditions, such as low temperature and excess CO2, that make fermentation impossible.

The last method works particularly well because it uses normal yeast and wort, and the yeast enhances flavor by reducing noxious by-products in the wort while leaving desirable ingredients, glucose, fructose, maltose and amino acids, intact. Flavor extracts and stabilizing agents are also used sometimes to duplicate the taste and feel of real beer.

Removing alcohol from fully brewed and fermented beers is becoming a popular alternative to preventing fermentation. The
product, linguistic wrangling aside, is beer minus the alcohol, spiritually akin to decaffeinated coffee.

The most effective way to remove alcohol from beer is by vacuum distillation. The fermented beer is warmed and then pumped into a vacuum chamber and condensed, a process that separates the alcohol from the body of the beer and reduces the beer to a thick concentrate. The concentrate is then cooled and water and CO2 are added to produce a carbonated malt beverage. Vacuum distillation is advantageous because in removing the alcohol it avoids the extreme high temperatures that damage color and flavor.

Another way to remove alcohol from beer is by something called the “ultrashort time evaporation,” or Centri-therm process.
Beer is placed in a centrifuge and made to pass over a heated surface, which causes the alcohol to evaporate. The process damages yeast and removes some flavor compounds, but since the beer is in contact with the heating device for only about half a second, no significant harm is done.

Alcohol can also be filtered out of beer through a semipermeable membrane. The beer is placed under great pressure so that it breaks down into its component molecules. Ethanol and other small molecules are able to escape through a membrane that retains the larger, desirable molecules. In essence, filtration squeezes alcohol out of the beer, leaving behind a concentrated solution that is diluted with water before being bottled and sold as a “non-alcoholic malt beverage.”

Most of the upscale pseudo-beers, the ones that masquerade as imported ales in the liquor store cooler, and taste pretty close, are made by a vacuum distillation alcohol removal technique.