How do store and bank employees detect counterfeit bills just by looking at them?

Although the average person might be slipped a counterfeit bill and accept it unawares, someone trained in detection can nearly always spot it instantly and effortlessly. Why?

Because the government has made it all but impossible to precisely copy the real stuff. The distinctive markings of legitimate money are printed by steel engraved plates on unique paper, all of which gives Federal Reserve notes a visual sharpness unmatched by imitations.

Counterfeit bills are detected either because they lack certain visual design details, attributable to poor draftsmanship or faulty printing techniques, or because they are printed on the wrong paper. 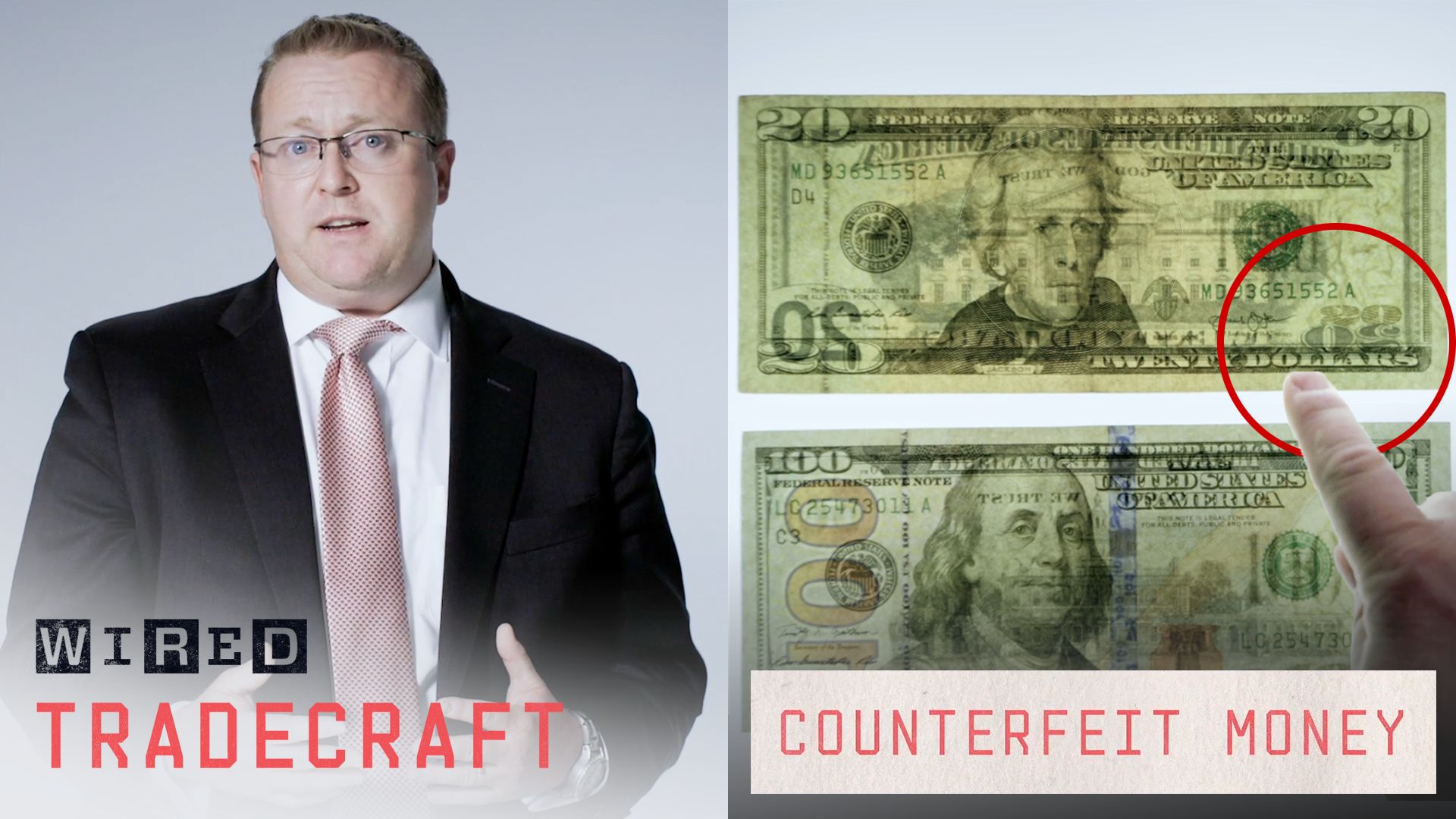 Even an exact-scale, line-by-line copy of a bill—and anyone with access to a photocopier can, but not legally, make such a copy, would fail to pass muster. It would come off looking flat in comparison to money printed on the official government plates.

The most common method of counterfeiting is by photo-offset, whereby a printing plate is made from a photograph of a real bill. The effect is like a poster of a painting: visually similar, but obviously not the same thing. On a photo-offset counterfeit, the portrait fails to stand out distinctly from the background; the saw-tooth points of the Treasury seal are usually uneven; the scroll work around the border is often blurred; the background appears mottled.

Regardless of the level of printing sophistication achieved by a counterfeiter, a phony bill is always given away by the paper it is printed on. The paper used for U.S. currency, manufactured exclusively for the government by Crane and Company, a paper company headquartered in Dalton, Massachusetts, is easily identified by the tiny blue and red fibers woven into it, fibers which are visible to the naked eye. Such paper cannot legally be manufactured by anyone but Crane. Ersatz bills often have superficial blue and red markings, but upon close examination it can be seen that the faint squiggles are printed on the paper and not embedded in it.

The United States first took a serious look at counterfeiting in the early 1860s, when it is estimated some thirty percent of the currency in circulation was phony. The problem was that there were 1,600 state banks designing, printing, and issuing 7,000 varieties of notes, a practice that led to widespread confusion. It got to the point where no one really remembered what all the different bills were supposed to look like.

In 1863 the government decided to simplify things by adopting a national currency. Far from being deterred, however, counterfeiters set about duplicating the new national currency with the same vigor that they had previously shown in faking the old state-bank notes. It soon became apparent that the only way to stop counterfeiting would be to actively suppress it, and in 1865 the United States Secret Service was established for that purpose.

The Secret Service has enjoyed great success in its efforts, but new printing technology, in the form of high-quality color copiers, is making counterfeit detection increasingly difficult. What clever counterfeiters are doing these days is bleaching out the printing from a one dollar bill and then using a color copier to give the blank bill a higher denomination make-over.

Singles become tens, twenties, fifties, or hundreds; not pure profit, but a healthy return on a small initial investment. Since the bogus high-denomination bills are printed on good paper and have accurate designs, a person might not realize he has been passed one unless he is already looking for it. To make things easier for unsuspecting clerks, the government changed paper money at the end of 1991. (The last change was in 1928 when the government reduced the dimensions of bills from 3.1 inches by 7.4 inches to the current size, about 2.5 inches by 6.6 inches).

The new currency has a clear polyester thread woven into the paper; this vertical thread (appearing to the left of the Treasury seal on high-denomination bills, between the seal and the portrait on singles) states the correct denomination of the bill. The money, called “denominated distinctive currency,” will allow store and bank employees to check instantly a bill’s legitimacy by holding it up to a light and reading the thread.

The anti-counterfeit bills will be phased in gradually, allowing time for the old, unmarked bills to be reclaimed and destroyed.