How do Tidal Power Plants Turn Tides into Electricity?

Tidal power plants use the rise and fall of tides to produce electricity. One way to harness tidal power is to build a barrage, a dam with gates that regulate water flow, across an estuary.

Next, the gates are opened, allowing the water to fl ow back out towards the sea. One downside is that electricity can only be generated for around ten hours per day, at high tide and low tide. However, tides are very predictable, making tidal power considerably more reliable than, say, solar or wind energy. 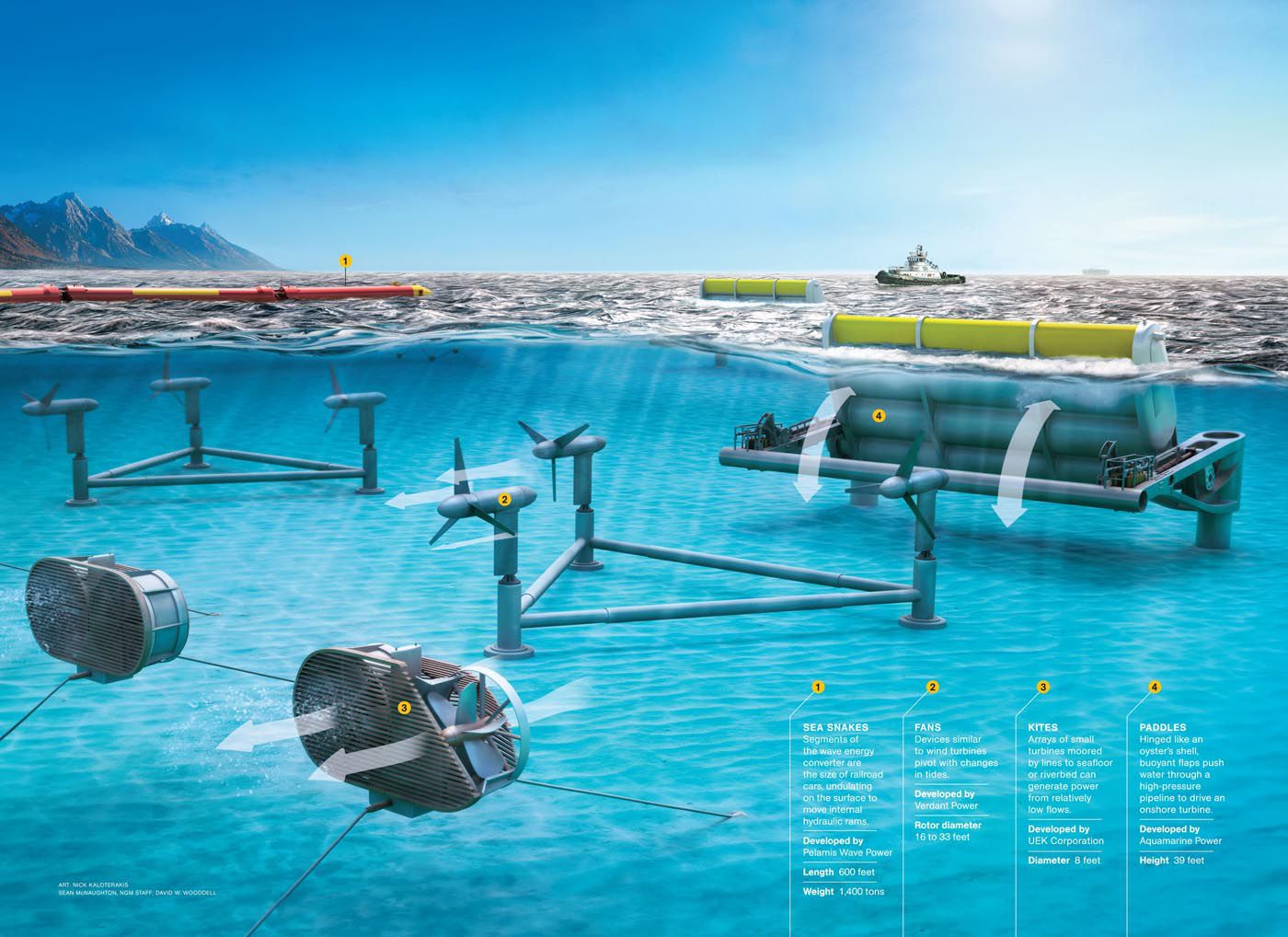 One of the negatives is that building tidal power plants often requires emptying parts of an estuary, which can have devastating consequences for local marine life. The Rance Tidal Power Station, situated on the Rance River estuary in France, was built in 1966. The site was chosen for its extreme tide levels, an average of eight meters (26 feet) difference between high and low tide.

Two temporary dams were made to allow drainage of the construction site, protecting it from the sea. It is still the second largest in the world today, the biggest being the Sihwa power station in South Korea.