Scientists have come up with many different theories about planet formation.

The protoplanet theory, or planet formation theory, seems to answer the most questions without raising too many others.

When a star bursts into existence, its released energy shoots some gases, dust, and particles outward into rotation around itself. 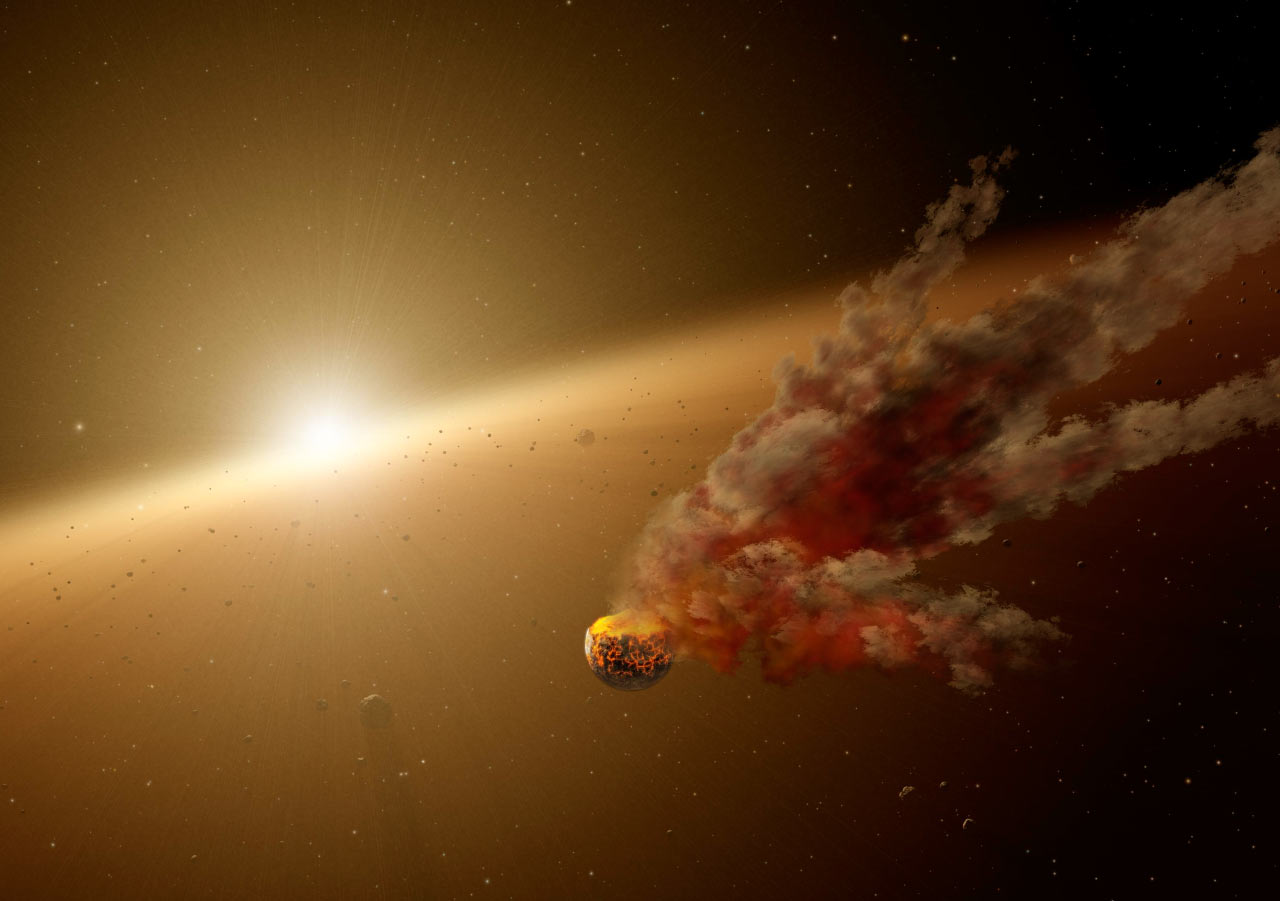 While the matter spins in eddies, or little cyclones, gravity causes particles to collide and join, forming planetesimals, bodies of planetary matter about 6 miles or 10 km in diameter.

The planetesimals continue to attract matter and other planetesimals, which accrete, or join to form larger planetary bodies called protoplanets.

Finally, the protoplanet exhausts most of the material within reach and settles into orbit as a full-fledged planet.

The hypothetical process of planet formation could be said to start with the big bang, as did everything.

A nebula, a cloud of gases and dust that amassed as a result of the big bang, formed some 10 billion years ago right here, where the solar system exists.

The nebula contracted until it exploded into the Sun, about 5 billion years ago.

From there, so the hypothesis goes, the planets we know began their formation.