How does an airplane land in fog using the instrument landing system?

It may not settle your queasy stomach to know, but an interconnected network of electronic devices makes the landing of an aircraft in “blind” weather conditions at least as safe as driving home from the airport.

The key to your return to the earth from 20,000 feet in a pea soup fog is the instrument landing system, or ILS, which can bring a trained pilot right to the runway threshold without his so much as glancing outside the cockpit.

In a blind landing, the pilot first uses radar navigation equipment to seek out a radio beacon called the outer marker, located from 5 to 7 miles from the runway. As he passes over the marker, a purple light on the instrument panel glows for a few seconds; meanwhile, a distinctive tone is sounded. 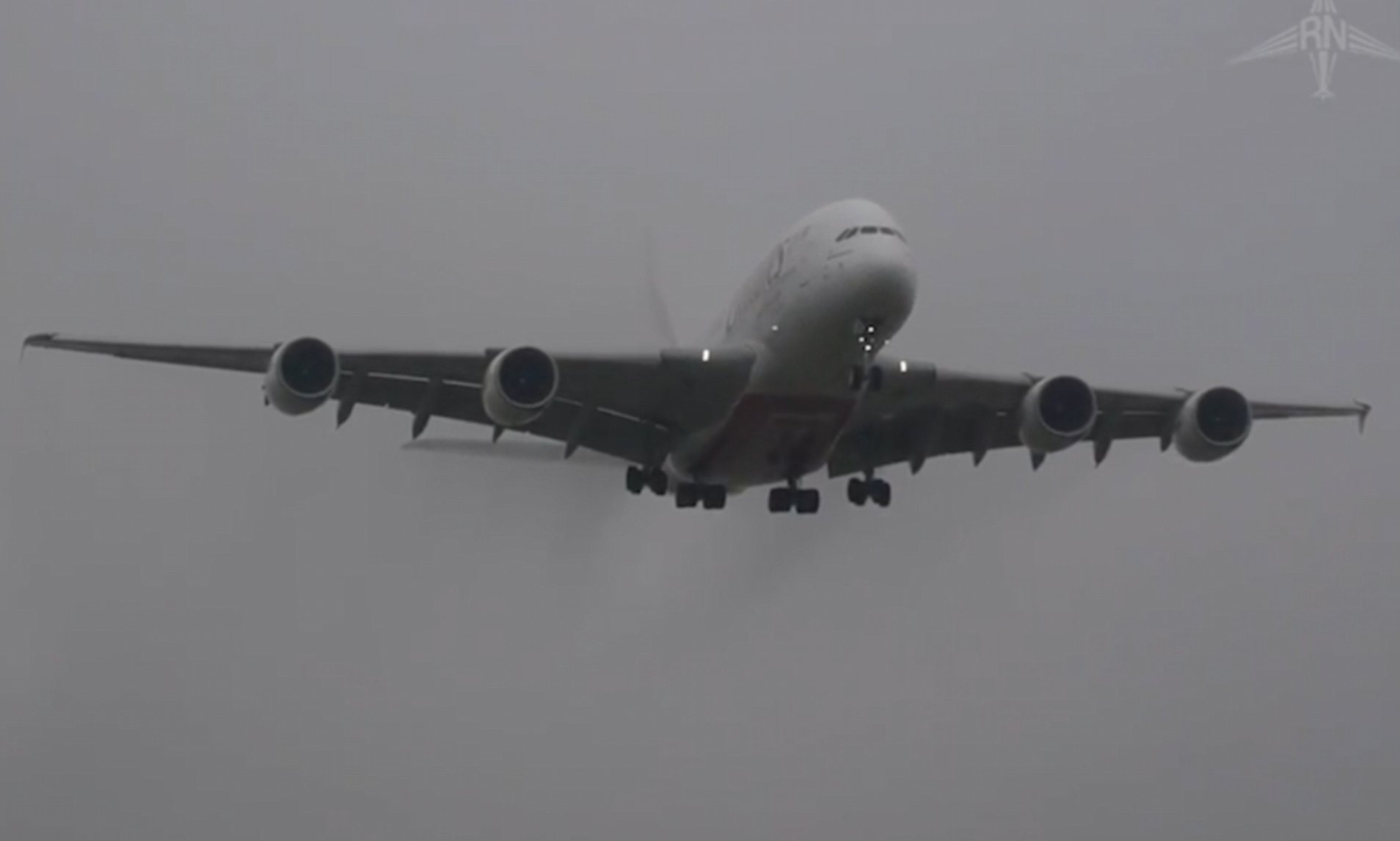 Once oriented in this way, the plane descends along an imaginary “chute,” or glide path, whose dimensions and location are relayed by a pair of radio signals. One comes from a transmitter, called a localizer, set beyond the far end of the runway, which tells the pilot whether he’s to the right or left of the runway centerline.

The other signal comes from a transmitter to the side of the runway which describes the glide slope path; it tilts at an angle of 2 1/2 to 3 degrees from a height of 475 feet at the outer marker to the runway threshold itself, like a giant imaginary ramp.

As the plane descends through the fog, the pilot trains his eyes on his approach instruments, usually a cross pointer pattern with a vertical and a horizontal needle. If both needles are centered, the plane is in the “chute”; if either strays, the pilot corrects up, down, or sideways to put the aircraft perfectly back on track.

About a minute and a half past the outer marker, a second light blinks amber for a few seconds and a beeper is again heard. This tells the pilot he is passing over the middle marker about half a mile from touchdown. By now he should be about 200 feet above the runway, and the runway lights ought to be visible directly ahead. If not, he hits the throttle to go around again, or to another airport.

In the unlikely event that the ILS should fail, there is a backup method for getting down. Tower controllers, using precision radar, can “talk” a blind flying pilot right down the chute.

Aviation planners a decade ago thought pilots would be routinely landing in zero visibility fog by now. That dream is still in a holding pattern for several reasons.

Chief among them is the problem of taxiing blind, because, rolling along the runway at 150 miles per hour in dense ground fog, a pilot can’t make his way safely with only runway lights as a guide.