How does the Continental Baking Company make Hostess Twinkles stay fresh for years?

Perhaps you’ve heard, health nuts remark that Twinkies, the ultimate junk food, are so loaded with chemicals they can sit on the shelf for twenty years and the consumer wouldn’t know the difference. Not so.

“Then they go to thrift stores. After fourteen days, you wouldn’t want to buy them. They taste like cardboard.” Are any preservatives used? “Just flour extenders,” claims Farrell, “and the kind of preservatives used in any commercially baked bread.” 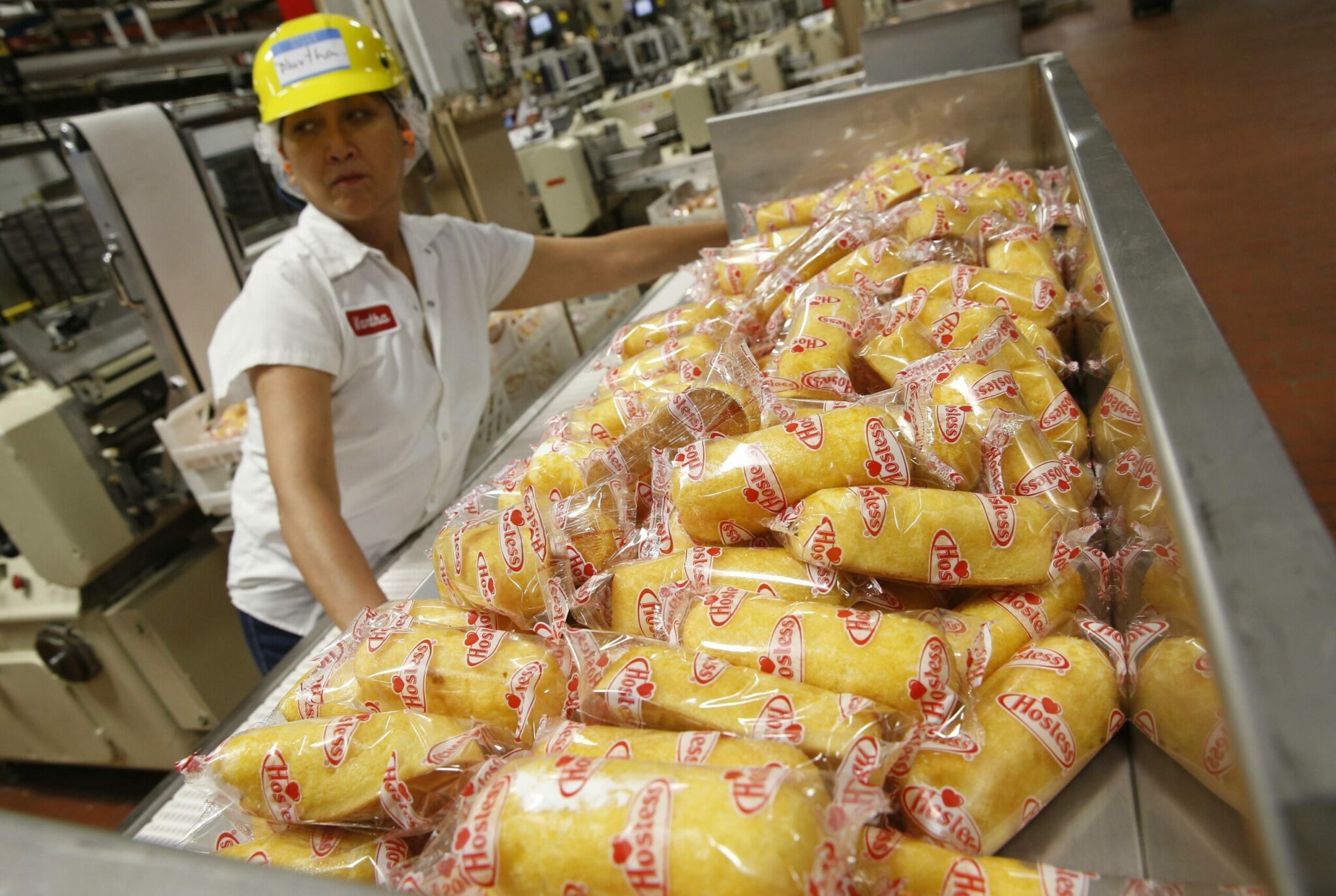 Despite the protests of health fans who would choose a more nutritious snack, Americans apparently don’t leave Twinkies on the shelf for long. They consume some 500 million of them a year.

It takes forty thousand miles of cellophane to wrap those Twinkies, enough plastic to encircle the globe one and a half times at the equator.