How does the traffic control department time stoplights to keep traffic moving efficiently?

Although one sometimes wonders whether downtown traffic moves at all, the traffic lights are timed to help clear congestion and keep the arteries moving at a regular pace.

When plotting the timing of lights in a certain area, a traffic control department has to consider how fast the traffic should move, the length of the blocks, whether the street is one or two way, and also the volume of traffic.

The stoplights in New York City are generally gauged for traffic moving at 23 to 30 miles per hour. If a light on a main avenue turns green at 40th Street, the one at 41st Street will change 6 seconds later, and that at 42nd Street 6 seconds after that. 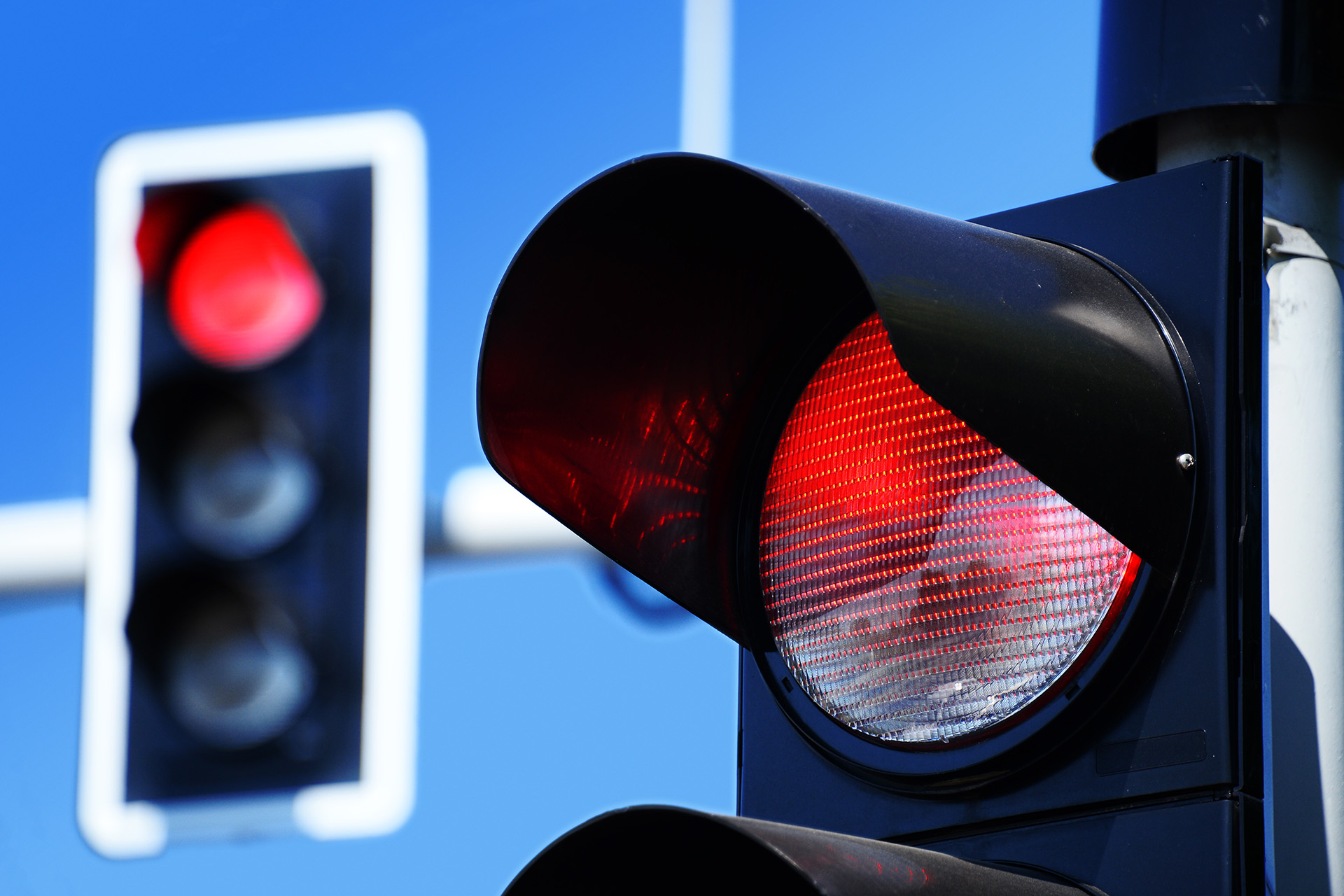 This progressive system works quite effectively on one way streets, but would obviously cause complications if traffic were coming the other way. On two way streets a group of signals, say, four at a time, all change at once. This number naturally depends on the distribution of stoplights and the length of the blocks.

The signals in New York are based on a 90 second cycle, staying green for 60 seconds on main streets, 30 seconds on side streets. Many communities also vary the cycle according to the time of day and the preponderant direction of travel.