How does the Department of Transportation paint the straight traffic lines on streets and highways?

Traffic problems are severe enough without the additional hazard of zigzagging lines on city streets or unevenly spaced lanes on a superhighway.

To ensure that the lines are straight and to expedite an otherwise painstaking operation, machines are used to apply the paint.

Before the actual painting of a small road or city street, the three or four men who make up a highway crew must “spot,” or outline with chalk or string, the precise placement of the lines, at 20 foot intervals, according to an engineer’s plans. 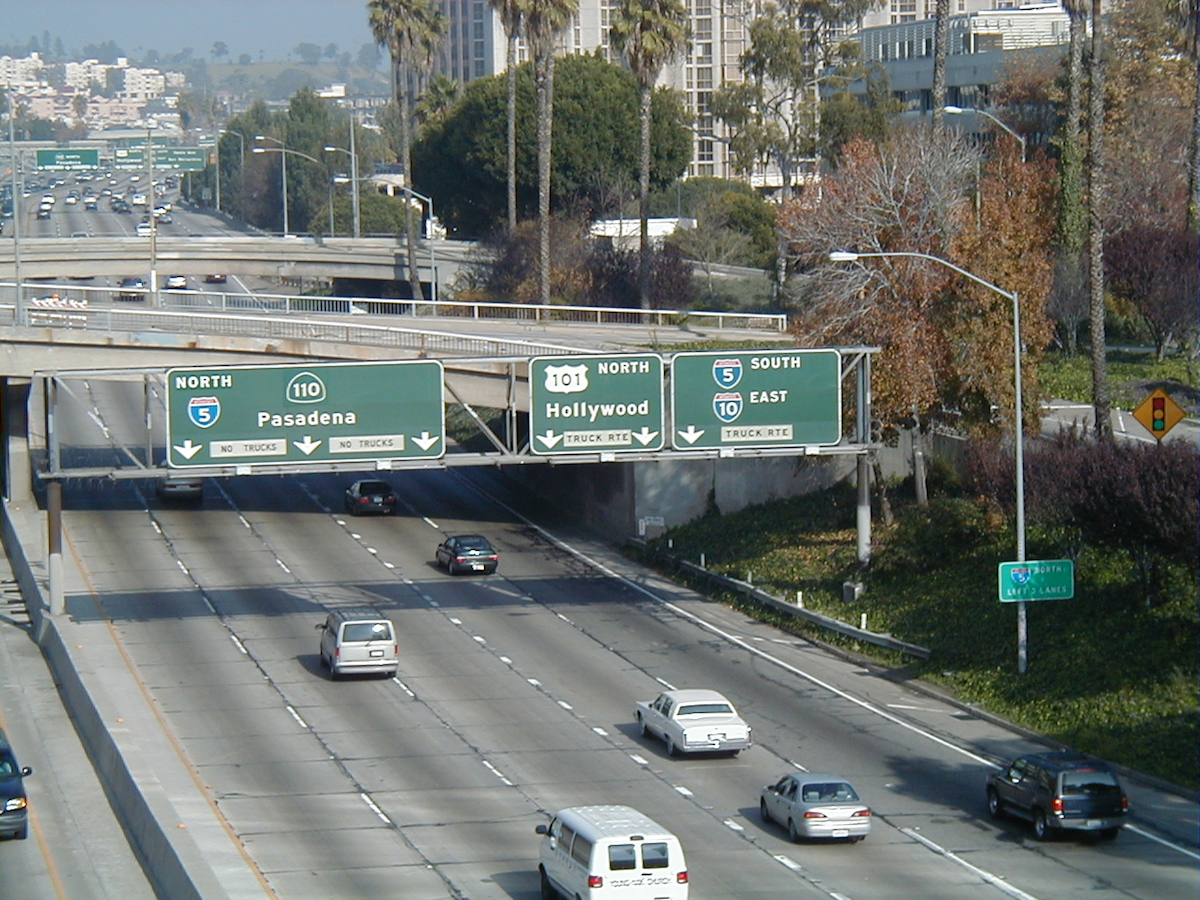 To apply the paint, a small, gasoline powered machine resembling an oversized lawn mower may be handled manually by one person. Air compression forces paint out onto the road while the operator concentrates on holding the machine in a straight line.

This small machine is especially useful for making the lines at crosswalks, and also for laying down hot plastic instead of paint, which the larger machines cannot do. Hot plastic is an excellent substitute for paint, lasting from eighteen months to three years, whereas paint must be applied every three to six months on a busy street.

Generally, this small machine is too slow for big highway jobs, so a large truck moving at about 5 miles an hour is used. The crew does not have to “spot” the lines as with city streets, but rather the truck has a pointer in the front which the driver lines up very near the median strip so as not to swerve from side to side. The crew then lowers the carriages, two rams that extend to either side behind the truck and run along on their own little wheels. When not in use, they are kept folded up inside the truck.

These elaborate carriages hold spray guns and other equipment for applying the paint. The crew measures the width of the highway and sets each carriage accordingly, spanning the entire width if the outside line is to be painted, half the width for the centerline, and so on. Preheated paint is shot out onto the road by compressors and the guns on the carriages, which are operated from the truck.

One person drives, two operate the guns, and another drives behind to make sure the lines are correctly placed. The driver tries as much as possible to move in a straight line, but if he shifts to one side, those in back can compensate by moving horizontally a guide arm that directs the guns.

This task requires six months to a year of training as well as good concentration.