How Does Uranium Produce Energy and How Does Nuclear Fission Work?

Uranium doesn’t burn like in a combustion, a chemical reaction with the oxygen in the air. But the uranium atoms do get used up.

The atoms in nitroglycerin, for example, are very loosely tied together. Nitroglycerin is such an unstable substance that it needs only to be bumped a little in order to rearrange its atoms quickly (very quickly) into more stable, lower-energy combinations, a variety of gases. The energy released in the resulting explosion is the difference between the energy of the original nitroglycerin and the energy of the gases that it has rearranged its atoms into. 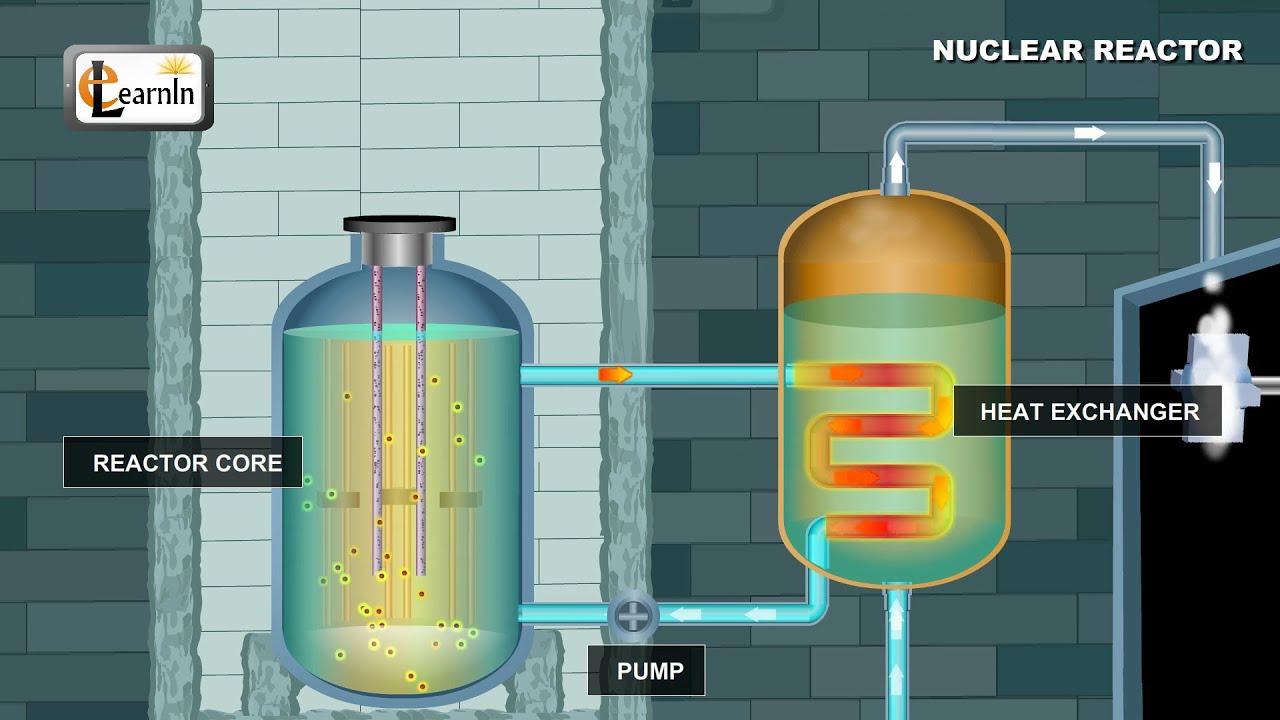 In general, if we can find a way to rearrange a substance’s atoms into a lower energy grouping, the “lost” energy must come out in some form, usually in the form of heat.

When we burn coal or oil in air, we’re giving their atoms (along with some oxygen atoms) an opportunity to rearrange themselves into lower-energy combinations, carbon dioxide and water. We can then collect the liberated energy as heat. The only reason we can’t get energy out of water or stone is that we can’t find any lower-energy arrangements of their atoms to help them transform themselves into. At least not without expending more energy than we’d get back.

In order to convert themselves into lower-energy atomic combinations, oil, natural gas, and gasoline, all of our usual fuels, must be offered oxygen to react with.

Uranium atoms, however, don’t need any such help. They can achieve a lower-energy state simply by splitting, dividing up their substance into two smaller atoms instead of one big one. The two smaller atoms happen to be tighter, more stable, lower-energy arrangements of subatomic particles than the original uranium atom was. The consequent decrease in energy is the energy of nuclear fission. Actually, it is only the nucleus of the uranium atom that does the splitting; the rest of the atom (the electrons) just goes along for the ride.

But all atoms are not capable of splitting their nuclei to give off energy. Only the very heaviest ones are susceptible to breaking apart like this. They are so heavy that they’re actually a bit wobbly, and they will wobble themselves completely apart, split,  at the slightest provocation. A nuclear reactor is essentially a very efficient provocateur.

It tickles these wobbly uranium nuclei by lobbing neutrons, heavy, uncharged nuclear particles, at them, and that’s all the encouragement they need to literally fall apart into more stable arrangements, giving off energy in the process.