Why Is the Uranium Nucleus So Unstable That It Is Wants To Split In Two?

All atomic nuclei are made up of particles called nucleons.

A big nucleus like uranium’s is a conglomeration of more than a couple of hundred of these particles, all crowded together into an incredibly tiny space. That’s such a large number of objects to hold together that the nucleus’s average grip on each one is rather weak. It’s like trying to hold a bushel of golf balls together in your arms without benefit of a bushel basket.

The nucleus could improve its precarious situation and get a better grip on itself if it could split into two more easily; manageable loads, two smaller (half-bushel) bunches of golf balls that could be held more tightly and securely. The two smaller bunches, being better controlled, would be less likely to break up. 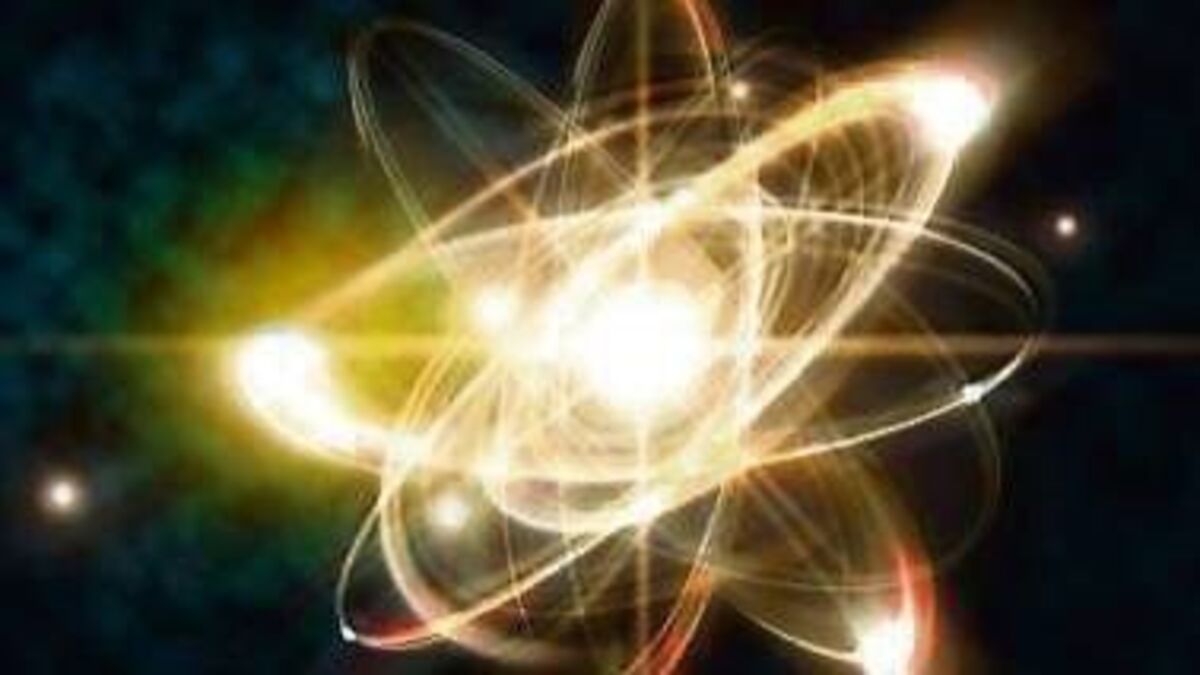 They would have less potential for unruly, energetic behavior, less of what scientists call potential energy.

But as Einstein taught us, energy is mass and mass is energy. So if the two smaller nuclei have less energy than the big nucleus had, they should show this by having less mass. The two “half-bushel” nuclei together do indeed weigh less than the single “bushel” nucleus, even though they contain the same number of “golf balls.”

If you add up the masses, the weights, of the two smaller nuclei that the uranium nucleus splits into, you’ll find that they total about a tenth of a percent less than the mass of the original uranium nucleus. That tenth of a percent of “lost” mass shows up as a lot of energy, because according to good old E = mc2, a little bit of mass is equivalent to an enormous amount of energy.

A trifle hard to swallow, perhaps? But if these ideas weren’t true, there wouldn’t be such a thing as nuclear energy, or any of the hundreds of other nuclear goings-on that scientists see happening in their labs every day. Once we buy Einstein’s proposition that energy and mass are interchangeable, we’ve bought into all of these happenings as perfectly natural consequences, and they shouldn’t be the least bit surprising.