How many different types of germs, bacteria and viruses do Houseflies spread?

Here’s a word we hope you’ve never heard before: myiasis.

Myiasis refers to diseases caused by the deposition of insects or insect larvae in living tissue. And this happens in real life, in both animals and man, and not just in horror movies.

One Indian boy, it was reported in 2001, actually had a wound on his gum infested with fly larvae, causing a swelling that covered some of his teeth. They treated him with ether, which forced the larvae out, and the wound healed. This is the perhaps the most spectacular way in which houseflies can endanger humans, but there are more mundane ways as well. 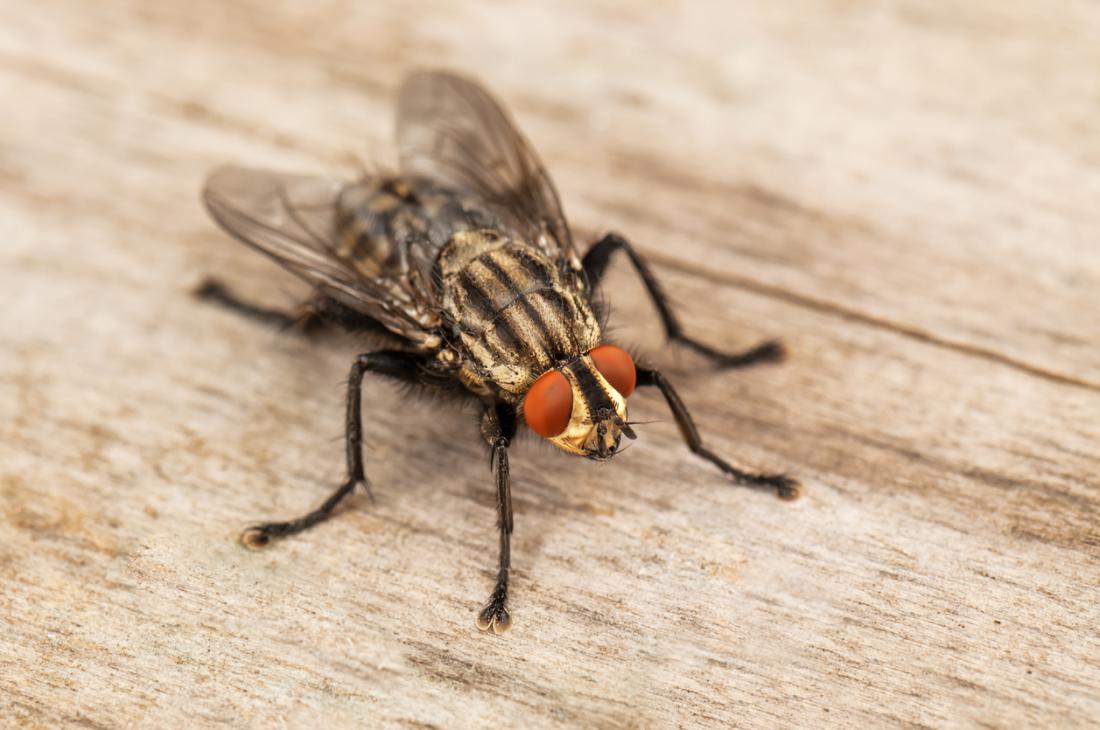 Houseflies carry various bacteria and viruses, and they can cause trouble for the humans with whom they inevitably interact. Even killing them can cause trouble: one study showed that electrocuting insect traps, the kind that produce that satisfying buzz every time they kill a fly, may actually spread germs into the air, where you can breathe them right in.

Letting them live might be pretty bad, too, depending on where they walk and what that particular fly is carrying around with him. Viruses, bacteria, protozoa, you name it, they’re all carried by houseflies, or, as they have been called, with an eloquence too rare in scientific writing, “refuse and promiscuous-landing synanthropic filth flies.”

Filth flies are appropriately named. They love animal feces, and when they visit them they pick up all sorts of stuff. Cryptosporidium have been detected both in the digestive tracts and on the external bodies of flies that have feasted on bovine diarrhea, enough oocysts to cause a nice infection in anyone with the bad luck to get them into his mouth.

They also can probably transmit E. coli. The O157:H7 strain was found in 1997 in some flies from a farm in Japan. One of the most common diseases you can get from flies is Salmonella poisoning, having some flies do a soft landing on the egg salad at a picnic is a good way to transmit this bellyache.

Shigellosis can be transmitted by flies, too, thanks to their love of human excrement. Flies become contaminated with Shigella when they land on it to feed. Researchers have concluded that fly control, especially in developing countries, is a public health measure that can save many lives, especially those of young children.

Now here’s some good news about flies. Since it isn’t clear how Helicobacter pylori, the organism that causes stomach ulcers, is transmitted, a lot of people suspected flies might be involved. But in this case, if in this case alone, they’re not guilty. Some researchers ran an experiment by exposing flies to human feces infected with H. pylori, but the flies just didn’t pick it up.

How this bacterium is transmitted is still an unsolved mystery, but flies have nothing to do with it.