How Many Eggs Does a Bird Lay?

All female birds lay eggs, but the number of eggs in each laying, or clutch, varies greatly from one kind of bird to another. For example, most sea birds lay only one or two eggs, since the nests of these birds are rarely attacked by enemies.

But ducks, geese, and other waterfowl that are often visited by nest- robbing creatures often lay as many as 20 eggs in a clutch in order to make sure that some of their eggs will survive.

Though the number of eggs in a clutch varies from one kind of bird to another, the number of eggs laid by each kind of bird almost never varies. The robin, for instance, almost always lays from three to five eggs. But, interestingly enough, if one of those eggs is removed before it hatches, the robin will lay another egg to replace it. 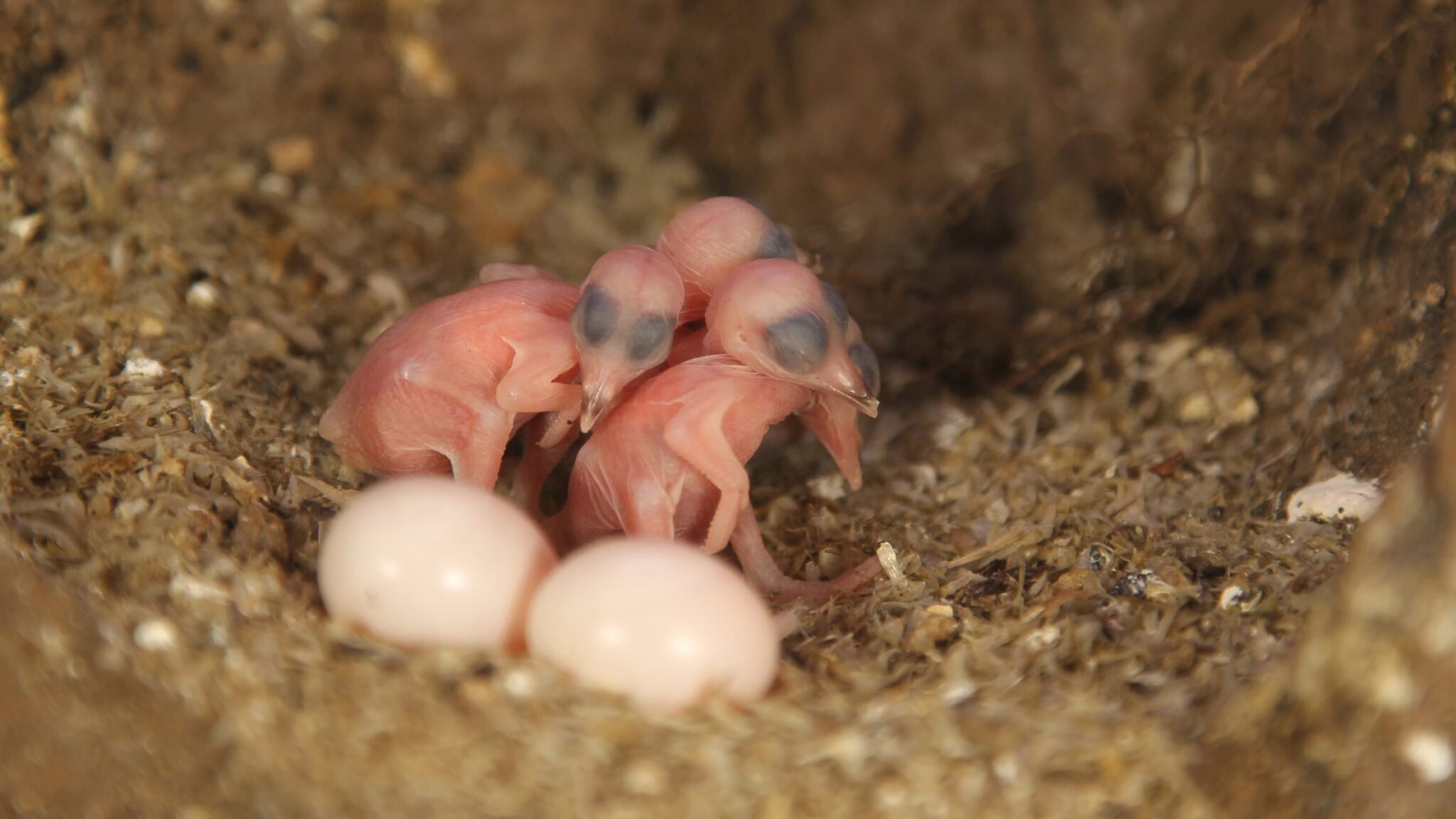 A group of scientists once wanted to find out how long a bird will keep laying eggs to replace those that are stolen. The scientists removed an egg each day from a woodpecker’s nest for 73 days, and the woodpecker kept replacing the lost eggs, laying 71 eggs in those 73 days!

The largest bird’s egg, the ostrich’s, is up to 8 inches long and weighs 31/2 pounds!