You are here: Home / Firsts / How Old Is the Piano and Who Invented the Piano?

Before the piano was invented, the most popular keyboard instrument was the harpsichord. When a musician pressed down the key of a harpsichord, a bar inside the instrument rose and a short rod, called a plectrum, plucked a string. 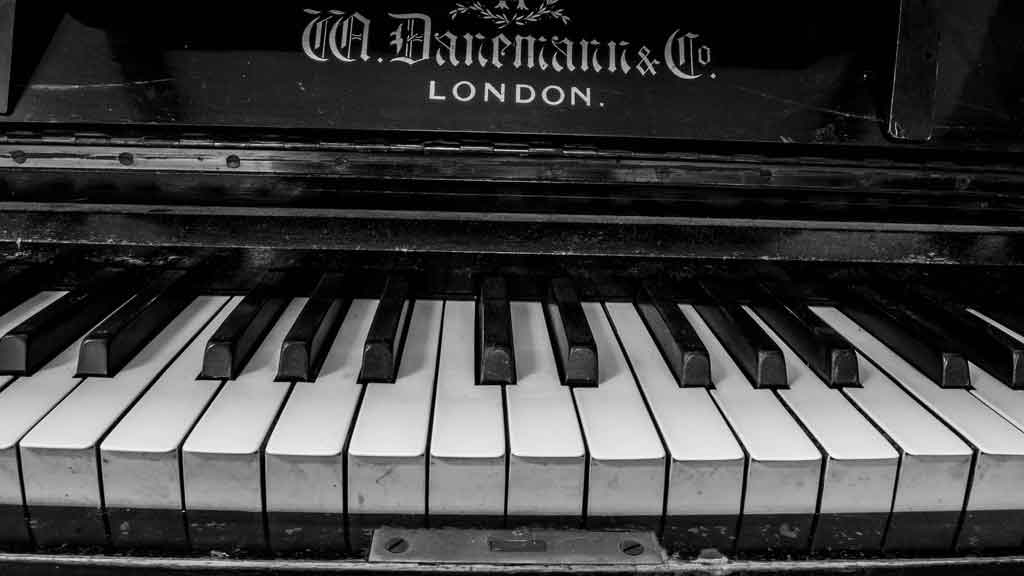 But there was one problem with the harpsichord, no matter how hard the key was pressed down, the plectrum plucked the string with the same force. So, every note was as loud as every other note.

Then in 1690, an Italian harpsichord maker named Bartolomeo Cristofori set out to make a new kind of keyboard instrument. He took the plectra off a harpsichord and replaced them with small hammers.

When a key was pressed down, it threw a hammer against a string and sounded it. It also raised a damper from the string to let it vibrate. When the key was released, the damper fell again and stopped the string from vibrating.

The big improvement of Cristofori’s invention was that the harder the key was pressed down, the harder the hammer hit the string, and the louder was the sound.

For this reason, Cristofori called his instrument a “harpsichord with soft and loud.” The words for soft and loud in Italian are piano and forte. So the instrument became known as the pianoforte, and later, the piano.