A volcano in Oregon did just that. Where it was, there now exists Crater Lake, the deepest lake in the United States.

Crater Lake is a caldera lake and is famous for its deep blue color and water clarity. The lake fills a nearly 1,958 foot deep caldera that was formed around 7,700 years ago.

Mount Mazama began to develop about 1 million years ago as part of the mountain chain that is called the Cascade. This includes such great mountains as Hood, Lassen, and Mount Saint Helens. Mazama kept building itself higher and higher by a series of eruptions. 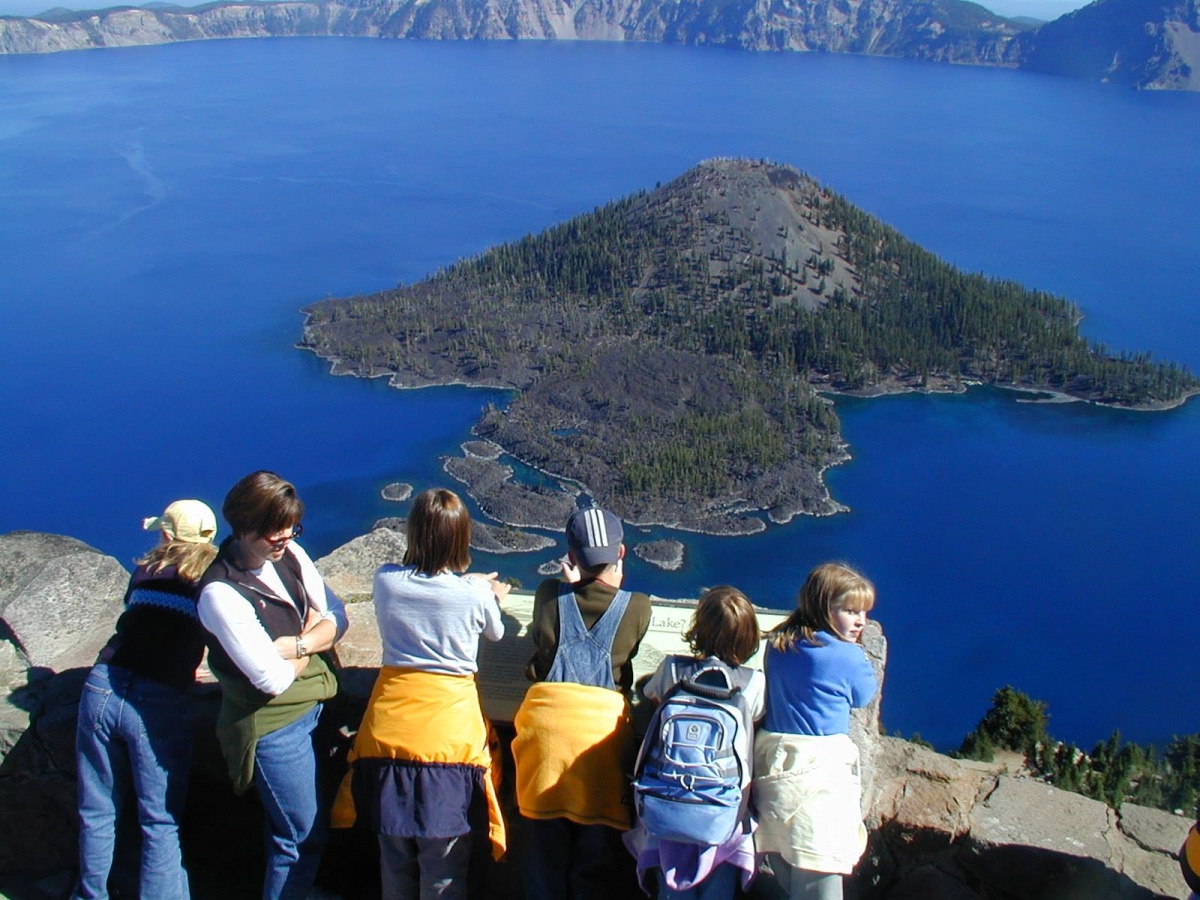 Finally, about 7,700 years ago it reached a height of 12,000 feet. Then the same powerful forces that had built the mountain tore it down. There was a gigantic explosion that must have lasted for many days.

When it was over, the mountain was gone. For another 5,000 years, the area kept erupting, and then it quieted down, and the great hole that once was a mountain began to fill with water. Crater Lake was born. It is almost 2,000 feet deep.

When it was first discovered, there were no fish in it. The water was so pure, there wasn’t anything for fish to eat!