How Was the Hoover Dam Built?

Man has been building dams since ancient times to provide a supply of water for himself and his crops during dry seasons. These early dams were made of brush, rocks, and earth, and did not last.

Today’s concrete dams however, are truly amazing feats of engineering skill. The techniques of modern dam building began in 1931 with the construction of the giant 726 foot high Hoover Dam in Arizona, which opened in 1936.

Before 1931, the Colorado River cut through a vast canyon in the northwestern corner of Arizona. Once the site for the dam was selected, engineers began working upriver. First, they cleared more than 500 square miles of the canyon, which would eventually be flooded. Next, they built a temporary earthen dam to hold back the river, then cut four tunnels 50 feet wide, to detour the river’s water around the final dam site. 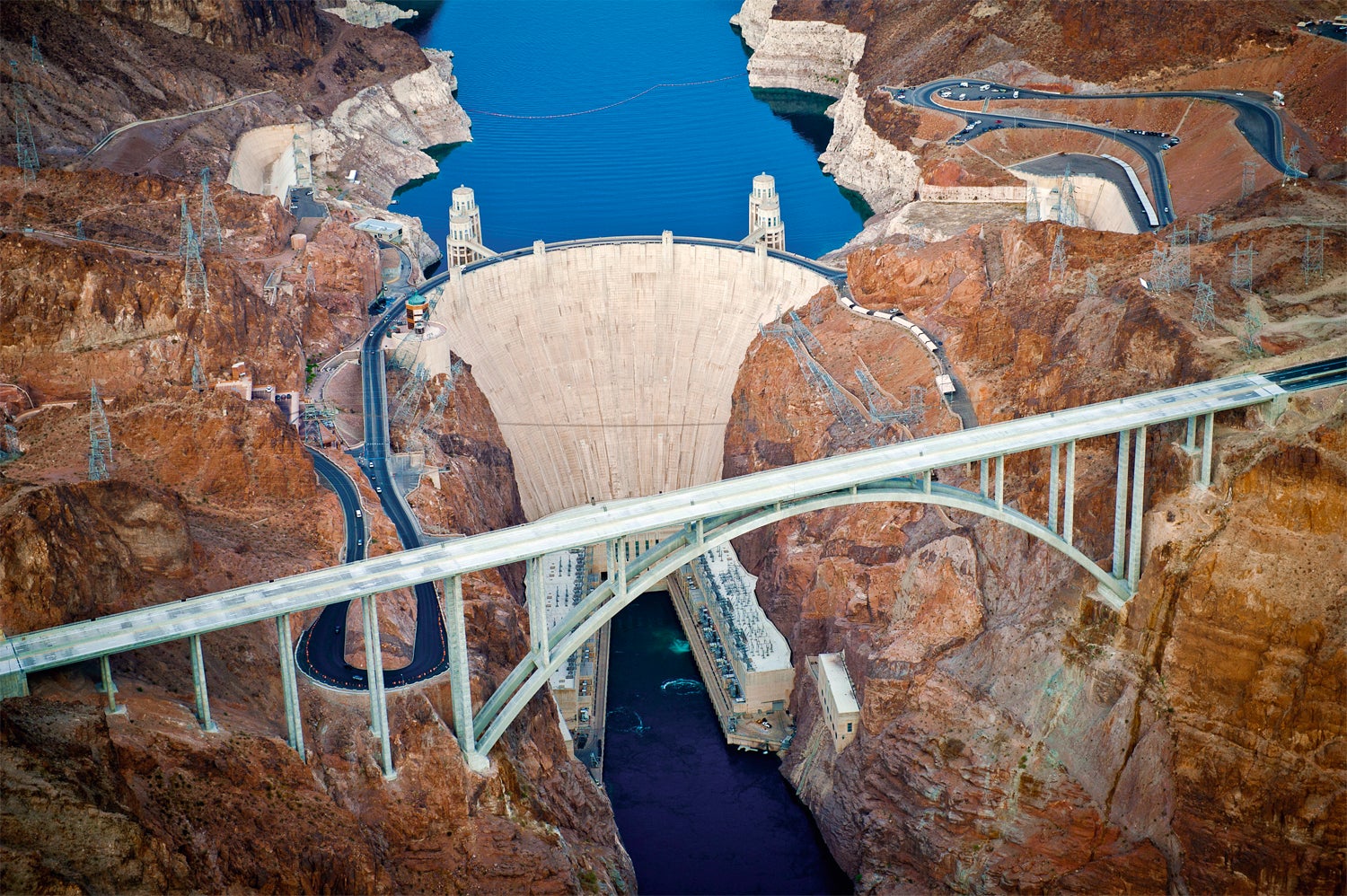 The next step was the pouring of concrete at the dam site itself. For two years workmen poured over 7,000,000 tons of concrete into the dam. They had to work non-stop, night and day, for those two years to prevent uneven drying of the concrete. At the base of the dam, the concrete is 600 feet thick, or as long as two football fields, and tapers to 45 feet at the top. This thickness is necessary to hold back the massive weight of the water that would eventually be pressing against the dam.

Once the concrete had hardened, the four tunnels were sealed and the water began rising behind the dam. It filled in the canyon and formed Lake Mead, one of the world’s largest man-made lakes.

Today, Hoover Dam has a hydro electric plant at its base to generate power, and Lake Mead provides water for the irrigation of over 1,000,000 acres of surrounding land.

The power produced by Hoover Dam can light up an entire city!