If the Whole Earth Is Spinning At 1,000 Miles Per Hour, Why Don’t We Get Dizzy or Feel It?

No, it’s because Earth’s rotation is a uniform, unvarying motion, and we can feel only changes in motion (Techspeak: acceleration). Any time a moving object is diverted from its motion, either by a change in its direction or a change in its speed, we say that it has experienced an acceleration. Acceleration doesn’t just mean going faster.

Say you’re a passenger in a car that’s moving in a straight line and is operating on cruise control, that automatic speed governor that keeps the car moving at a constant speed. You don’t feel any forces pushing your body around, do you? 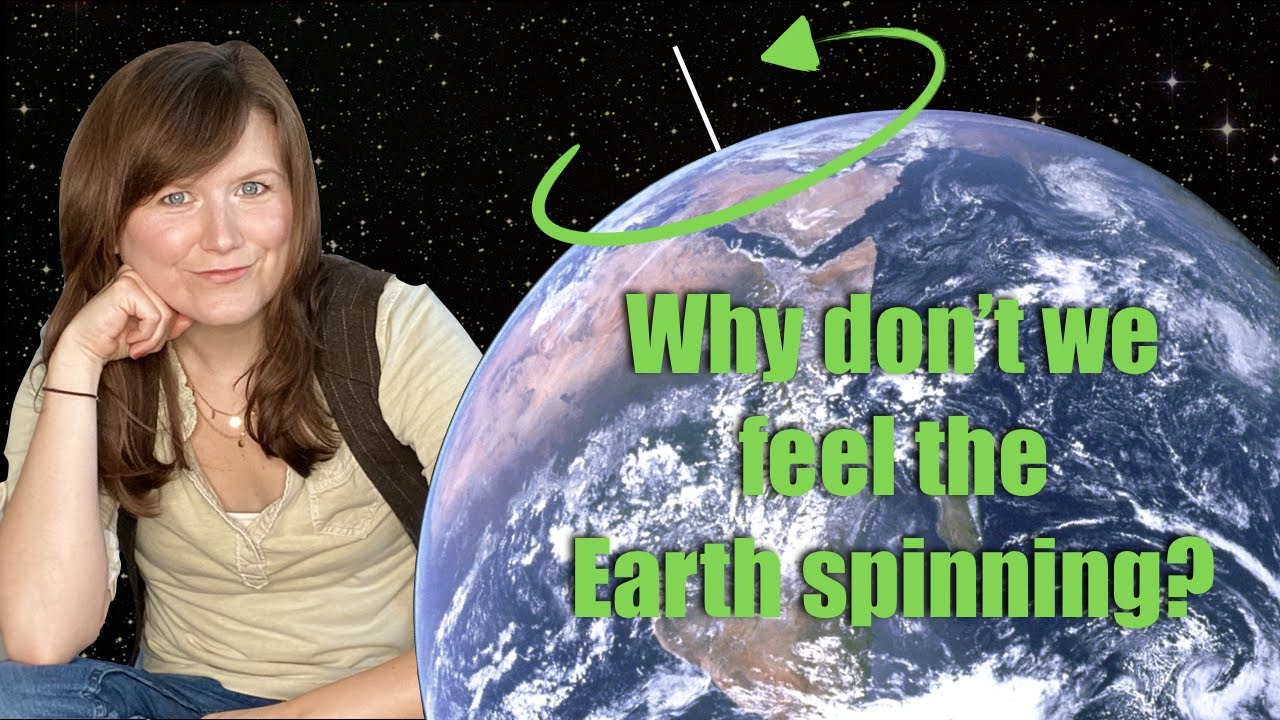 Or if the driver suddenly hits the brakes (another accelerator, but a slowing-down one instead of a speeding-up one), your body becomes aware of it because you are thrust slightly toward the front of the car. But as long as the car doesn’t speed up or slow down or go around a curve (Techspeak: angular acceleration), your body feels no forces trying to push it around. In effect, your body doesn’t know it’s moving, even if your brain does.

Well, your brain knows that Earth is spinning, but your body doesn’t because the motion is smooth, uniform and continuous. As Isaac Newton put it in his First Law of Motion, a body (including yours) that is moving at a constant speed in a straight line will continue moving that way unless some outside force acts on it. Without such an outside force, the body (including yours) doesn’t even realize it’s moving.

But, you protest, we’re certainly being carried around a curve, aren’t we? We’re following the curvature of Earth’s surface. It may be a constant speed, but it isn’t a straight line. So why aren’t we being thrust outward? Well, we are. But the curvature is so gradual, Earth is so big, that the circular path is virtually a straight line, so that the outward force is minuscule. When you think about it, even your car on that perfectly straight road was going around the same big curve: the curvature of Earth. If you continued in that “straight line” long enough, you’d get right back to where you started.

This is all very discouraging to the diabolical designers of amusement parks (I call them abusement parks), who want us to experience motion to the max. They deliberately make us feel unbalanced, unstable, precarious, disoriented, pushed around and insecure. That’s why nothing in the whole place moves at a constant speed in a single direction, except perhaps the outward flow of money from your wallet.

Every ride either spins you around, hurls you first up and then down or slings you through some crazy combination of up, down and around at the same time. The best (?) roller coasters are those that combine ups and downs with speedups, slowdowns, twists and curves. These changes of motion, which we certainly can feel, all fall into the category of accelerations. Even the merry-go-round is accelerating you, because it is continually diverting you from a straight line, forcing you to turn in a circle.

Oh, you asked why we don’t feel the wind as the cosmic merry-go-round named Earth spins us around? It’s because the air is being carried around at the same 1,000-mile-an-hour (1,600-kilometer-per-hour) speed as ourselves, our cars, our houses and even our airplanes. So there is no relative motion between us and the air.