Is Einstein’s brain still around or was it buried with him?

After New Jersey Monthly journalist Steven Levy asked this question back in the mid-1970s, he tracked Einstein’s brain down to a shelf in the study of Dr. Thomas Harvey, the doctor in Wichita, Kansas, who performed Einstein’s autopsy in 1955.

The brain was separated into lobes and kept in two mason jars inside a cardboard box marked with the label “Costa Cider.”

Last we checked, Harvey still keeps the brain in a jar in his office, except for when he takes it on the occasional outing. 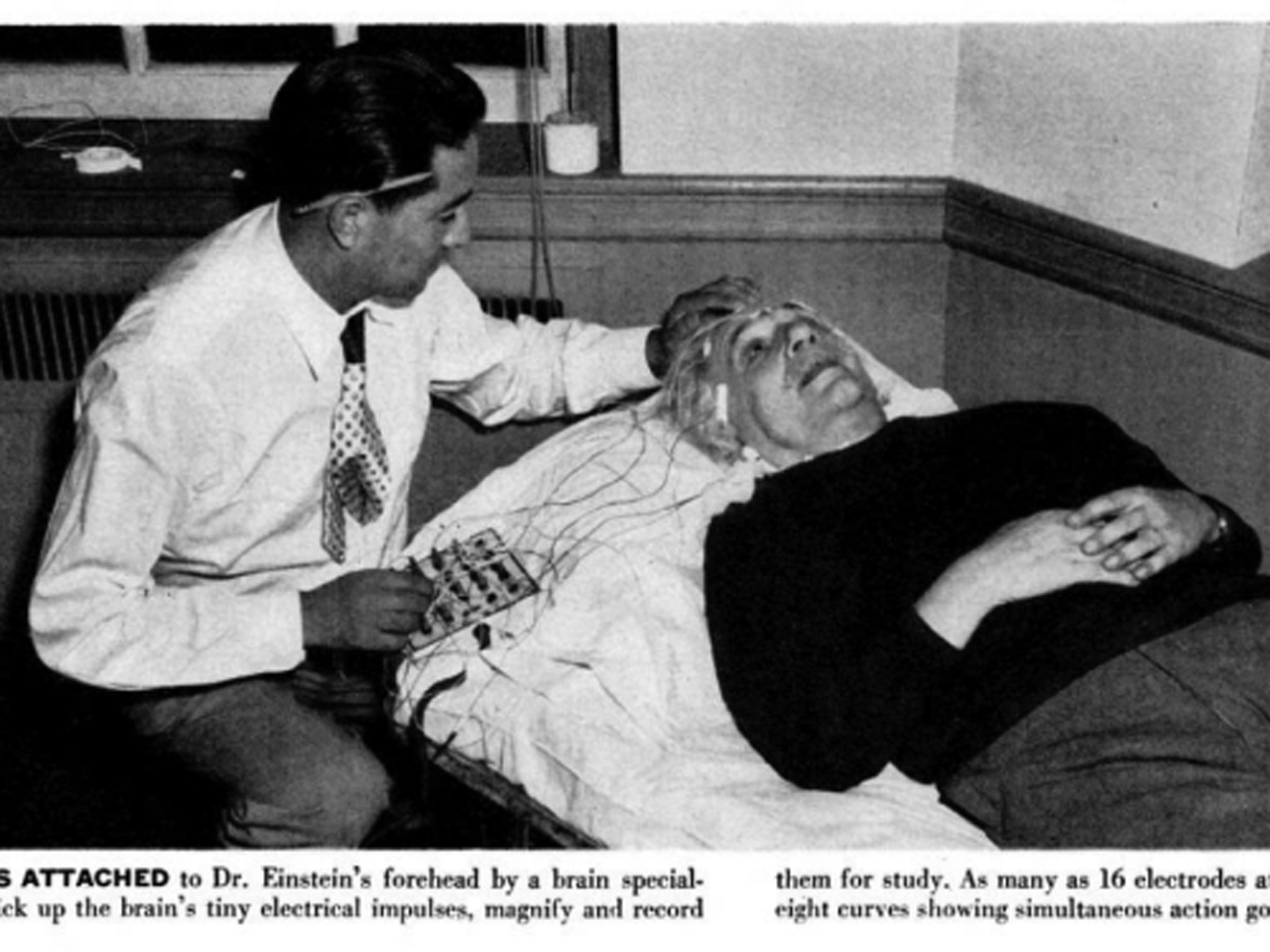 For example, Harvey schlepped the brain cross-country to visit Einstein’s granddaughter in 1997, reuniting the two generations after Einstein’s death.